The impact of inflation: 7 out of 10 people believe that they will drop in social class in the coming months 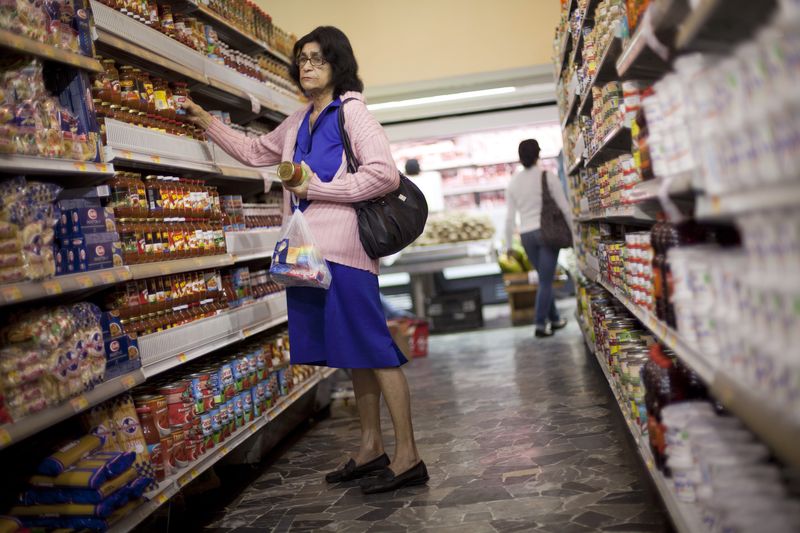 A study of UNSAM IDAES School (National University of San Martín) inquired about the domestic adjustment measures in the face of rising inflation, the impact of inflation on everyday life and family relationships, and future economic prospects, among other topics.

Among the main findings, it is highlighted that the 83% of the people surveyed say they had to take adjustment measures against inflationwhile 82.6% stated that they “talk a lot with their family” about price increases.

A 69% of the people surveyed stated that they believe they are going to lower their social class in the coming months and 65% agreed with the statement that “there is no issue more important than inflation.”

“The adjustment in family economies, the disorganization of daily life and the fear of declassing transversally govern experience and social humor against inflation. In terms of political demand, it translates into two trends: an anti-inflationary social consensus of a fiscal nature, installed among voters opposed to the government of the Frente de Todos, advances on its own electorate”, outlined the study by the IDAES School.

“At the same time, the most loyal nucleus of the voters of the ruling party adhere to an anti-inflationary social consensus of a distributionist nature. The first days of Sergio Massa in front of the Ministry of Economy go by looking for the magic formula that resolves the squaring of the circle that the social base of the Front of All has become in the context of high inflation”, he added. 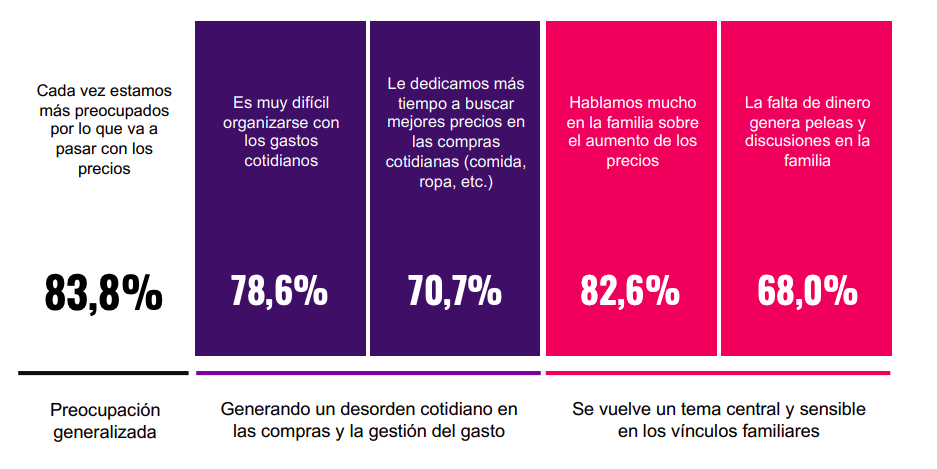 The report pointed out that inflation is reinforced as a process that has an impact on pockets, on the daily order, on the time spent on bonds and on affective relationships. The instability and constant mismatch of the relationship between income and expenses generate disorder: the 78.6% feel that it is very difficult to organize themselves with daily expenses and 70.7% admit to having to spend more time searching for prices than before.

“The omnipresence of the inflationary phenomenon makes it also a topic that alters the domestic: 82.6% feel that there is a lot of talk in the family about price increases, 7 out of 10 people recognize that the lack of money generates friction. The concern about the future of prices reached 83.8% of the Argentines”, said the IDAES.

The survey revealed that there was a kind of “forced adaptation” in society to the inflationary process, which made 83% of the surveyed population had to take some measure of domestic adjustment that reflects a worsening of their living conditions. 48% of the people surveyed said that they had to stop paying bills, bills or bills, while 46% said that they had to borrow money.

“The outlook for the future is not very encouraging: most are uncertain about what is going to happen, but certain of their declassification. 62% of the people surveyed responded affirmatively to the proposition “I cannot think about the future”, and 69% claimed to believe that they will drop class in the coming months”, the study pointed out.

“In a context of rising inflation, everyone loses. The issue is who loses more. First, those who see their purchasing power affected lose. Workers and retirees see how the pace of price increases is greater and faster than increases in income. They are followed by the most vulnerable: the unemployed and young people. The winners, on the other hand, are concentrated for the people surveyed in two actors: foreign companies and the opposition”, concludes the survey.

For those consulted, inflation is imposed as a priority for the management of the Government, a concern that leaves behind other problems such as insecurity, an agenda that is usually a priority. According to him 65% of the answers, “there is no more important issue than inflation”, while for 41%, reducing inflation should be the Government’s priority. 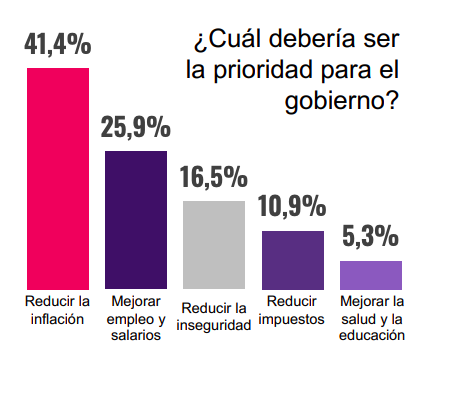 “The inflationary experience crosses all social sectors under three clear logics: adjustment, daily disorder and a ‘black’ future or little positive perspective regarding what is going to happen in the country and in the families. Somehow it tries to show in these three dimensions that the inflationary experience touches all aspects of life social, from the economic ones -which are the most obvious-, but also the intimate ones, the related ones and how the inflationary experience is gaining space, time in the lives of families”, he explained. ariel wilkissociologist and dean of the IDAES School. 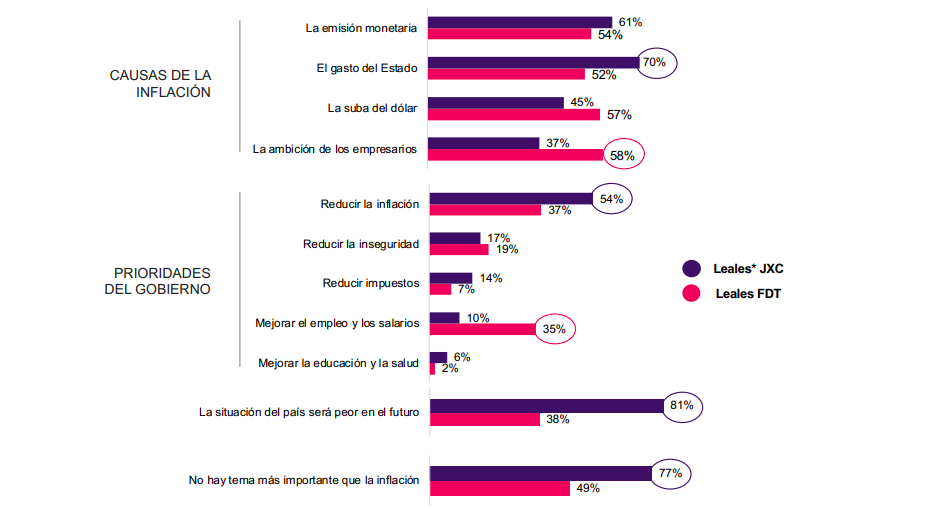 “On the one hand, the anti-inflationary agenda is a priority agenda for the whole society. Second, that this agenda at least identifies two social consensuses: one that we call fiscalist and another that we call distributionistand that clearly these consensuses are evenly distributed among the most solid political families, the votes loyal to the front of all and the votes loyal to Together for Change. As a finding of the study, it shows how the social consensus prosecutor is absorbing votes to the Front of All. Voters who say they have voted in the past or who are hesitant to continue voting in the present for the Front of All adhere more and more to what we call a fiscal anti-inflationary social consensus,” Ariel Wilikis pointed out to Infobae.

“The tension between these two consensuses is installed within the social base that has brought the Frente de Todos to the Government in 2019 and we see more and more that this social base is shrinking and in some way the Government’s ‘Massa moment’ seems being that tries to deal with these two tensions, contradictions that are installed at the base of the Front of All”, completed the dean of the IDAES School.

IMF, reserves, Vaca Muerta and lithium and stopover in Houston: the details of Sergio Massa’s agenda on his trip to the US
Debt in pesos: Argentina will pay interest for the equivalent of USD 47,000 million in one year, more than for the debt with the IMF
Soft landing: the economy is slowly slowing down due to the lack of dollars, inflation and spending cuts
The signals from the Federal Reserve hit Argentine bonds and pushed the dollar
The system for the field to liquidate dollars began to work: the Government expects USD 1,000 million to enter the BCRA