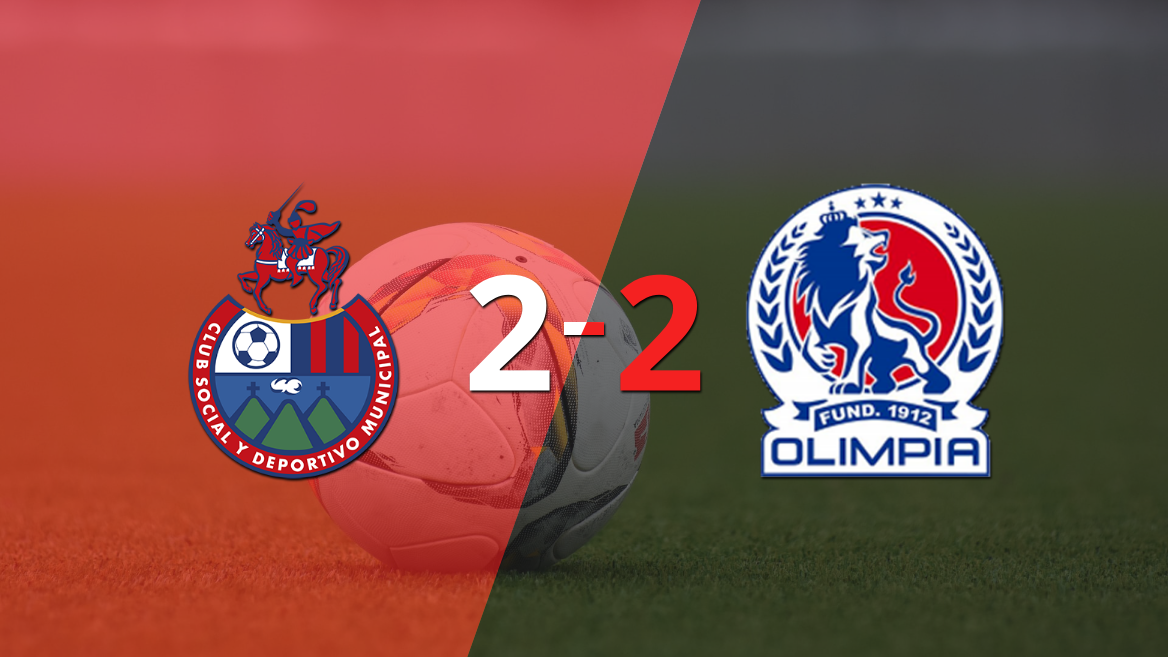 The match played this Thursday at the Doroteo Guamuch Flores stadium and between Municipal and Olimpia ended with a two-way tie between both contenders.

With 25 shots on the opponent’s goal, Municipal was the team that finished off the most during the match. Even so, he failed to convert to win the game: 11 shot at the three posts and 12 shot wide.

Eduardo Rotondi had a great performance. The Municipal midfielder scored 1 goal, made 64 correct passes and was encouraged to kick 6 times.

Another player who had a great game was Edrick Menjívar. The Olimpia goalkeeper was the protagonist against Municipal: he contained 11 shots and made 20 correct passes.

The game was fouled with fouls and the players put in more strong legs. There was a large number of cautioned: José García, Jerry Bengtson, Eduardo Rotondi, Edwin Rodríguez, Steve Makuka, Antonio López, Edrick Menjívar and Rudy Barrientos. Jerry Bengtson was sent off for a double yellow card (41′, 1T) and Boniek García for a direct red card (13′, 2T).

For its part, Pedro Troglio’s team came out with a 4-4-2 tactical arrangement with Edrick Menjívar under the three posts; Maylor Nuñez, José García, Juan Pablo Montes and Carlos Sánchez in defense; Edwin Rodríguez, Germán Mejía, Boniek García and José Pinto in midfield; and Brayan Moya and Jerry Bengtson up front.

Marco Ortiz Nava was in charge of supervising the order of play during the game.

Drawing the first leg of CONCACAF – Scotiabank Concacaf League 2022, the series is for anyone. The passage to the Quarterfinals will be defined next Thursday, August 25.