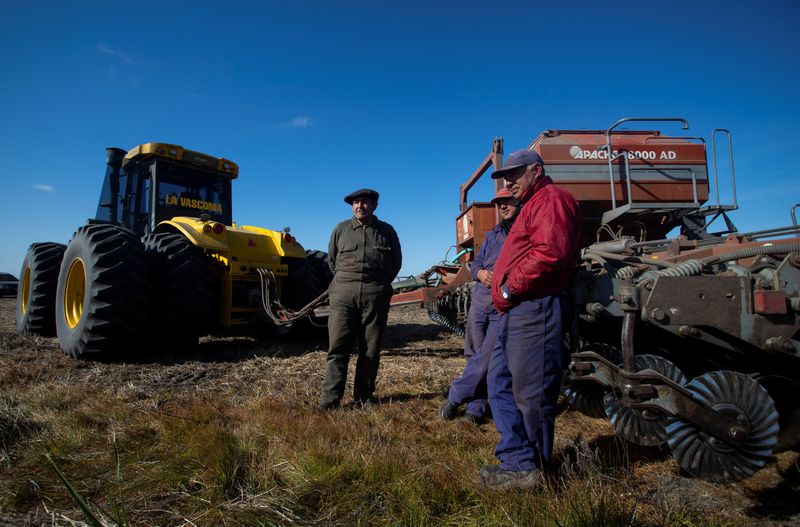 Stock Photo – Two agricultural workers chat before operating a tractor with a seeder in Comodoro Py, on the outskirts of Buenos Aires, Argentina. June 21, 2022. REUTERS/Matias Baglietto

BUENOS AIRES, Aug 19 (Reuters) – The Argentine Commercial Exchange (ICA) would have reached a positive balance of 289 million dollars in the seventh month of 2022, after registering a deficit in June, according to the median of a Reuters poll.

“With a monthly drop in both exports and imports, but more pronounced in purchases abroad due to the greater controls evidenced in recent months, it would return to the trade surplus after the surprising deficit in June,” said Jerónimo Montalvo, economist at Empiria Consultores .

The southern nation, according to data from the National Institute of Statistics and Censuses (INDEC), registered a negative balance of 115 million dollars in June.

Argentina achieved a trade surplus “by tightening the clamps and reducing imports. Exports continued to decline in quantity but remained high thanks to good prices,” said Isaías Marini, an economist at the consulting firm Econviews.

“The new restrictions to make import payments impacted consumer goods but also other intermediate goods, while fuel imports remained at the record levels they have been showing for a few months,” he added.

The INDEC, according to its publication schedule, will release the official trade balance data for July on Monday afternoon.