Alajuelense scored and is one step away from qualifying 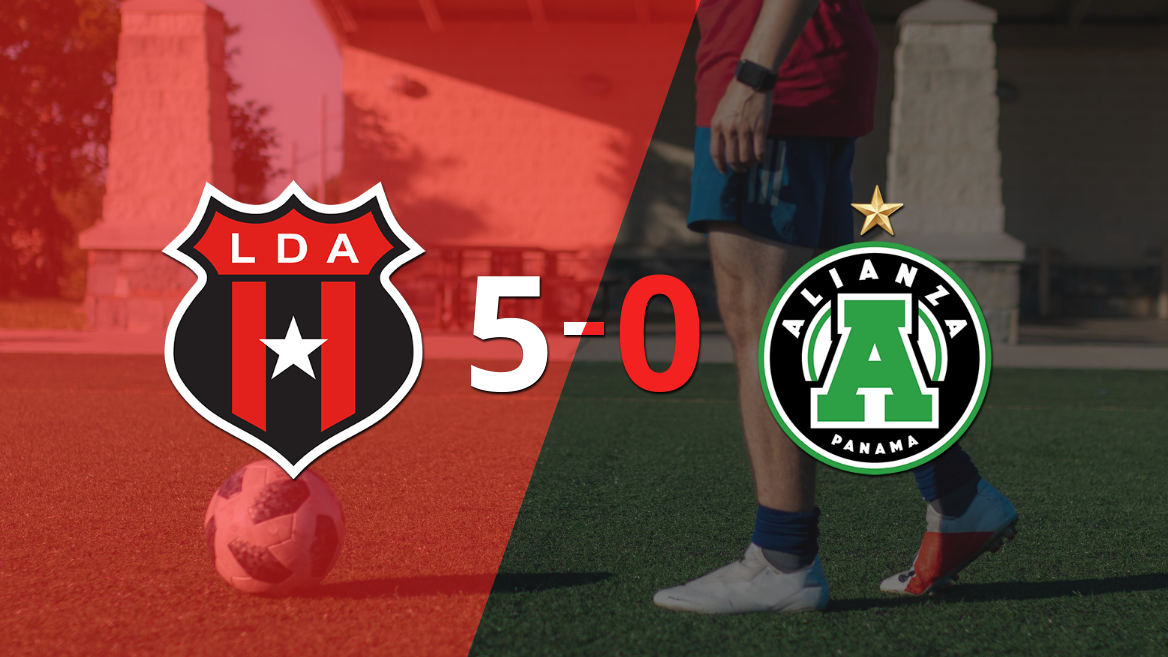 In the CONCACAF Round of 16 7 – Scotiabank Concacaf League 2022, Alajuelense striker Doryan Rodríguez scored a hat-trick in his team’s thrashing against Alianza. The goals of the match for the locals were scored by Doryan Rodríguez who converted a Hat-Trick (7′ 1T, 30′ 1T and 35′ 1T), Alexander López (40′ 1T) and José Cubero (38′ 2T).

Doryan Rodríguez made the stadium vibrate with his definition, in the 35th minute of the first stage. After receiving a pass from Ian Lawrence, the striker headed in from the box and the ball went over the goalkeeper’s left post.

Alajuelense had a perfect control of the actions with 71% and forcefulness in the shots (21), of which 10 went directly to the goal and 6 ended up wide.

Doryan Rodríguez was the figure of the match. The Alajuelense striker scored 3 goals, finished off the opposing goal 4 times and made 19 correct passes.

Another important player in the match was Alexander López. The Alajuelense midfielder was the author of 1 goal, hit 73 correct passes and finished off the goal 2 times.

The match stood out for its intensity and the fouls committed during the match.

For their part, those led by Jair Palacios stopped with a 5-4-1 scheme with Kevin Melgar under the three sticks; Reyniel Perdomo, Santiago Ramírez, Eduardo Anderson, Camilo Villegas and Jesús Cano in defense; Alexander Gonzalez, Manuel Rodríguez, Ángel Valencia and Gabriel Chiari in midfield; and Cesar Medina up front.

The judge selected for the match at the Ricardo Saprissa stadium was Julio Luna.

Alajuelense has in his pocket the pass to the Quarterfinals and Alianza will have to do their best in the rematch, next Thursday, August 25.