“Zero Impunity” and “Who’s who of the lies”: the aggression against the press from the bowels of the National Palace 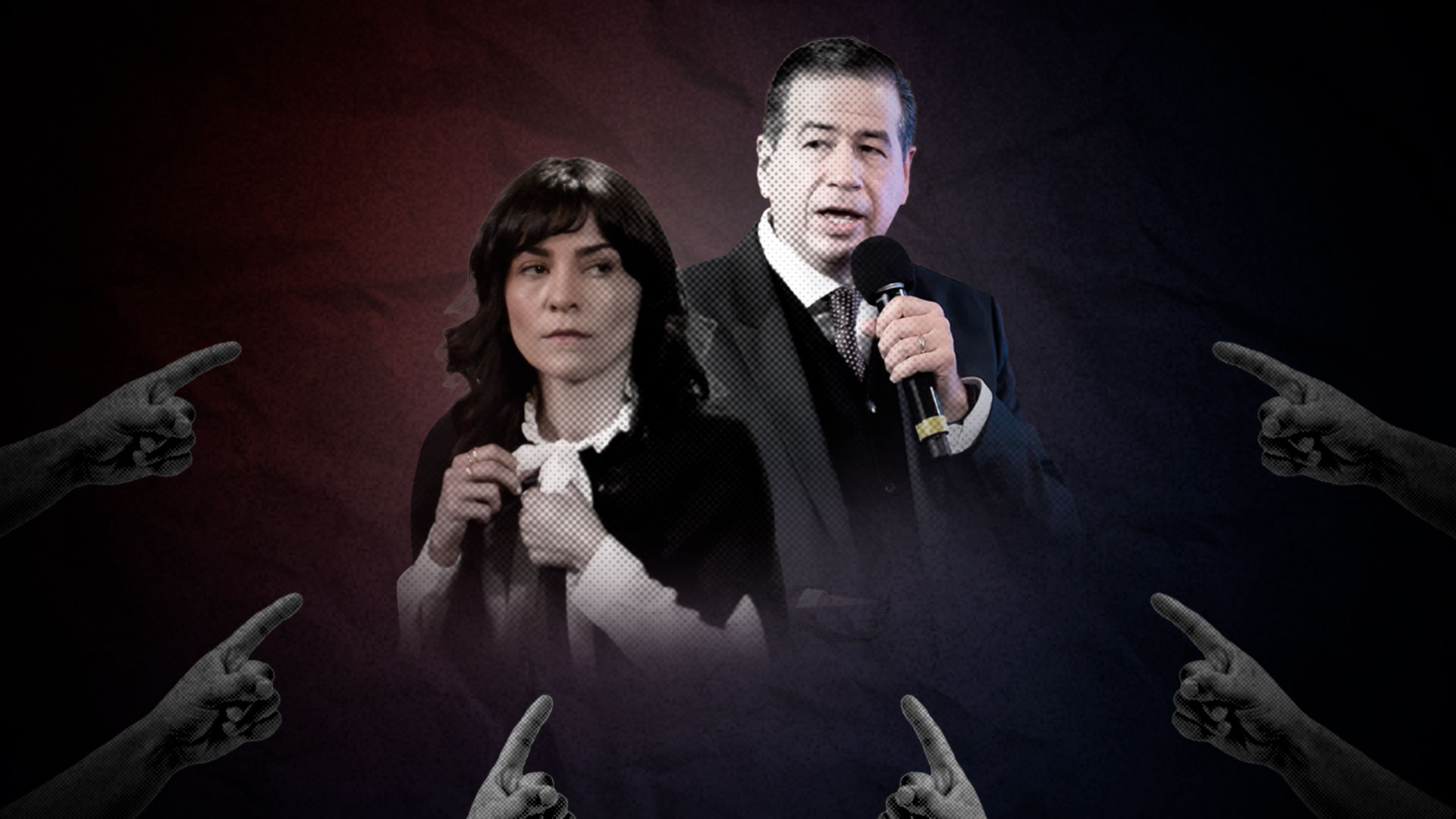 Article 19 pointed to “Who’s Who of Lies” and “Zero Impunity” as spaces where aggression and stigmatization of the press are encouraged. (Illustration: Jovani Pérez / Infobae México)

Journalism in Mexico is at its most critical point: the 2022 has been placed as the deadliest year for the press of the country, after accumulating 331 attacks and 14 murders of journalists in several states of the Republic – being the names of Juan Arjon Lopez Y Ernest Mendez the last to be added to the unfortunate list.

But the most alarming of these figures (unfortunately) is no longer the worrying, but constant attack on freedom of expression, but rather the actor that most attacks it: the Mexican State, being the mornings of the president, Andrés Manuel López Obrador (AMLO), the spaces where it has been most evidenced hostile rhetoric that has so characterized the current administration.

In his semi-annual reportthe organization Article 19 recalled that the justification for the Tabascan to perpetrate such acts has been to accuse the critical media of wanting discredit your government through, points, of “false information and moved by vested interests.

Despite this, the Tabascan has claimed – and his administration – to be respectful of the discrepancies of opinion. However, these promises are corrupted in the Zero Impunity and the Who’s who of lies: spaces where, in a passive-aggressive manner, crimes against journalists have been demerited or attacks on them have been encouraged. 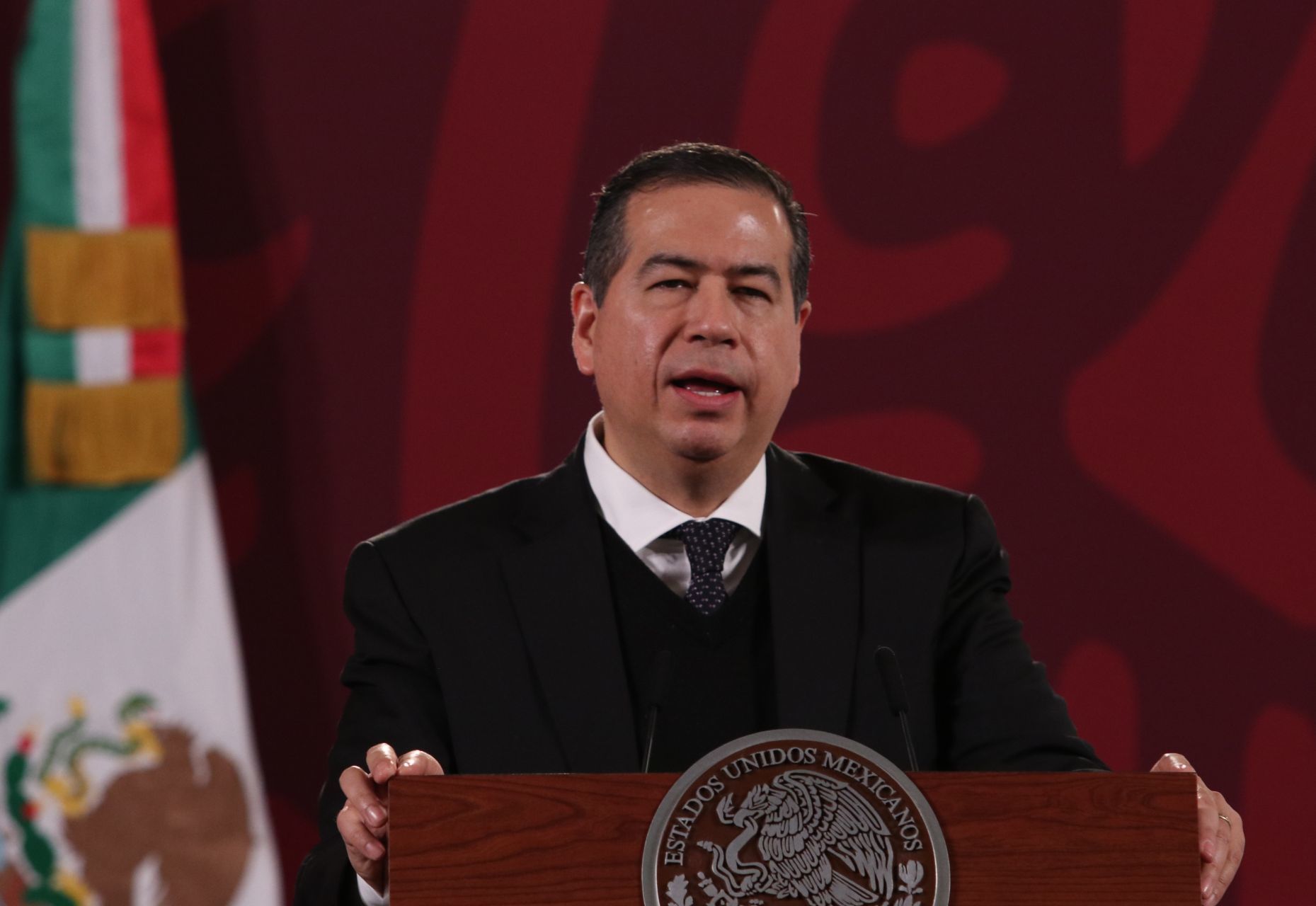 The section Zero Impunity emerged on February 17, 2022, after journalists pressured the Federal Government to answer for the four assassinated communicators only in the first month of the then new year: José Luis Gamboa Arenas, in Veracruz; Roberto Toledo, in Michoacán, and Margarito Martínez and Lourdes Maldonado, in Tijuana.

Since then, Ricardo Mejia Berdeja, Undersecretary of Public Security, has been the one who every Thursday provides the “official information” on the progress in the investigations of these and the other dozen homicides reported so far this year; not so with those committed during the rest of the six-year term and previous governments.

However, he warned Article 19over the months, the report became a space where variety of irregularities have been exhibited for the search for justice. One of them, blame to the victims emphasizing whether they were attached to the Protection Mechanism or – as happened in the case of Armando Linares (Michoacán) – highlight their refusal to be included in it. 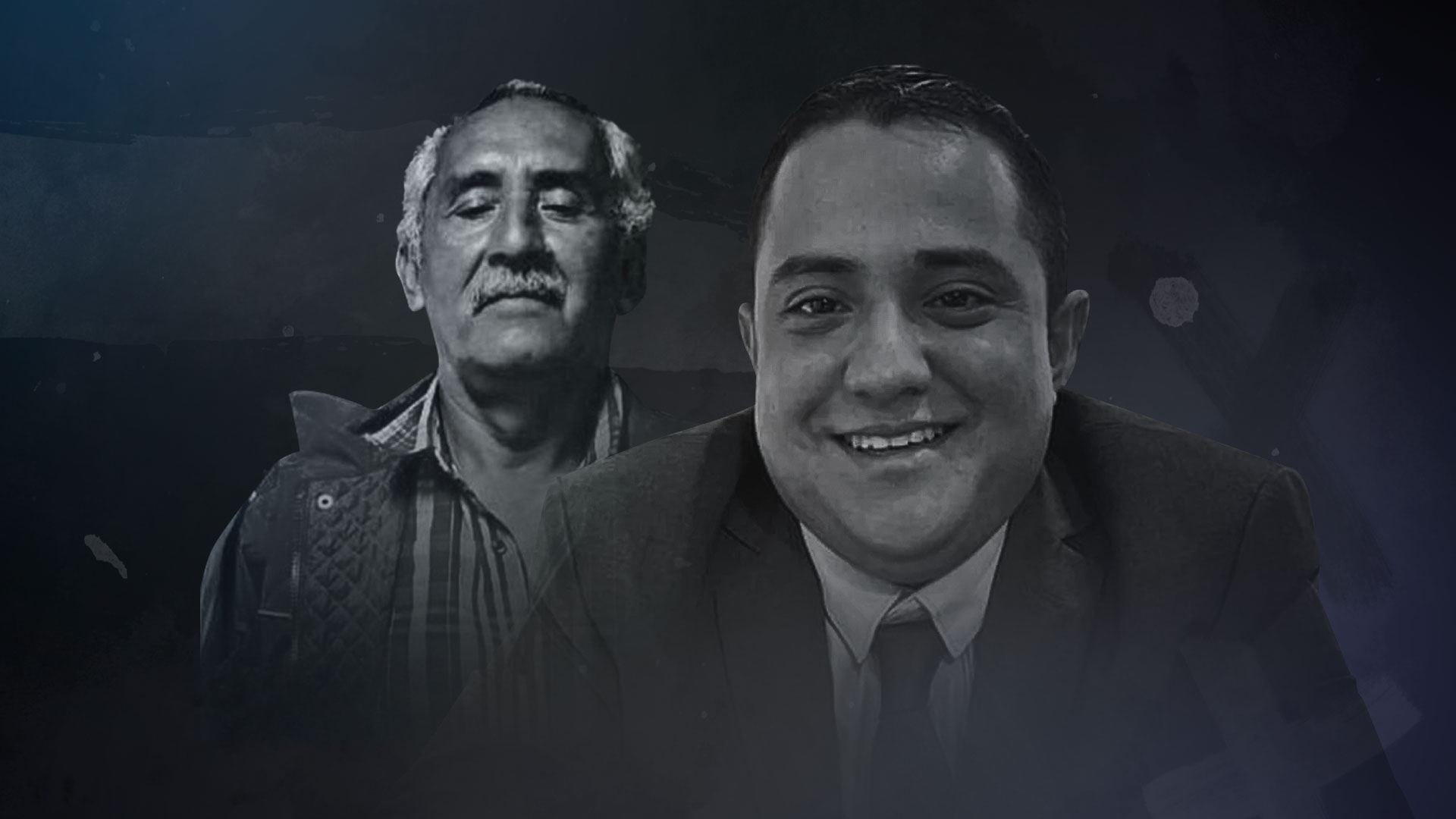 The murders of Roberto Toledo and Jorge Camero are not considered an attack on journalistic practice. (Illustration: Infobae / Jovani Pérez)

On the other hand, the section has been in charge of disassociate journalistic work as the main line of research of the homicides, such as those of Jorge Luis Camero (Sonora) or Roberto Toledo (Michoacán), arguing that “they no longer practiced journalism at the time of his death.”

In addition to this, the report has hastily presented discrepant information with the local authorities and prosecutors, without even having exhausted the inquiries. An example of this was the case of Luis Enrique Ramirez (Sinaloa), in which the Governor himself, Rubén Rocha Moya, came to deny the SSPC regarding the detainees.

Last but not least, Article 19 pointed out and disqualified the supposed “exercise of accountability” of the zero impunity, which, he mentioned, seems to be limited to demonstrating that justice lies in presenting endless arrest warrants, accused or linked to the process.

“Far from assuming the obligation that the State has with respect to protecting, investigating, punishing, repairing the damage and, above all, preventing impunity from continuing to prevail in cases of murders against journalists, it is denied that there is a scene of profound violence for the press that must be stopped urgently”. 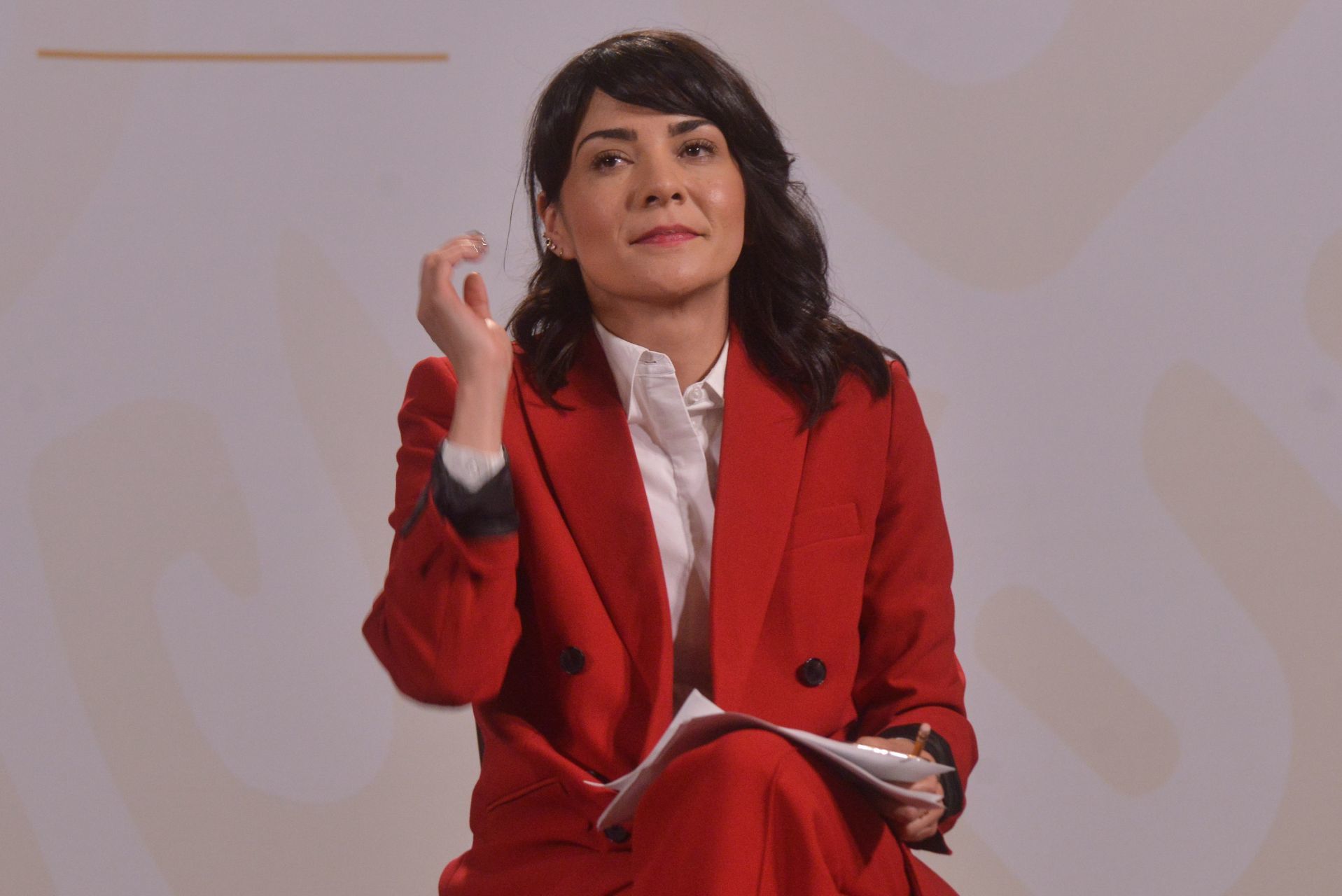 Elizabeth García Vilchis is the presenter of the controversial section “Who’s who of lies”. (PHOTO: MARIO JASSO/CUARTOSCURO.COM)

Weekly, Elizabeth Garcia Vilchis becomes the target of acid criticism for his participation in the controversy Who’s who of lies: a space that has fostered stigmas and disqualifications towards the media or personalities critical of the Government, despite AMLO’s speech that defends it as “the section” to combat disinformation.

“They went out to fly buzzards”, “They showed very little ethics” or “They got involved in sensationalism”, are some of the phrases with which week after week the subtle aggression against the information media is propitiated; same that even cost the Federal a call from the Inter-American Commission on Human Rights (IACHR) for suspend its broadcast.

“The problem is not to debate about the press and its work, but rather that the authorities decide under what criteria the press is observed,” he stressed. Article 19.

As expected, the Commission’s call was flatly ignored by the Federation, which – by continuing with it – has led to what Article 19 qualifies for a cascade effect: when said stigmatizing language is replicated at other levels of government, officials and even individuals (such as social network users).

You might be interested in: Setback to AMLO: Mexican State is the main aggressor against journalists according to article 19 report 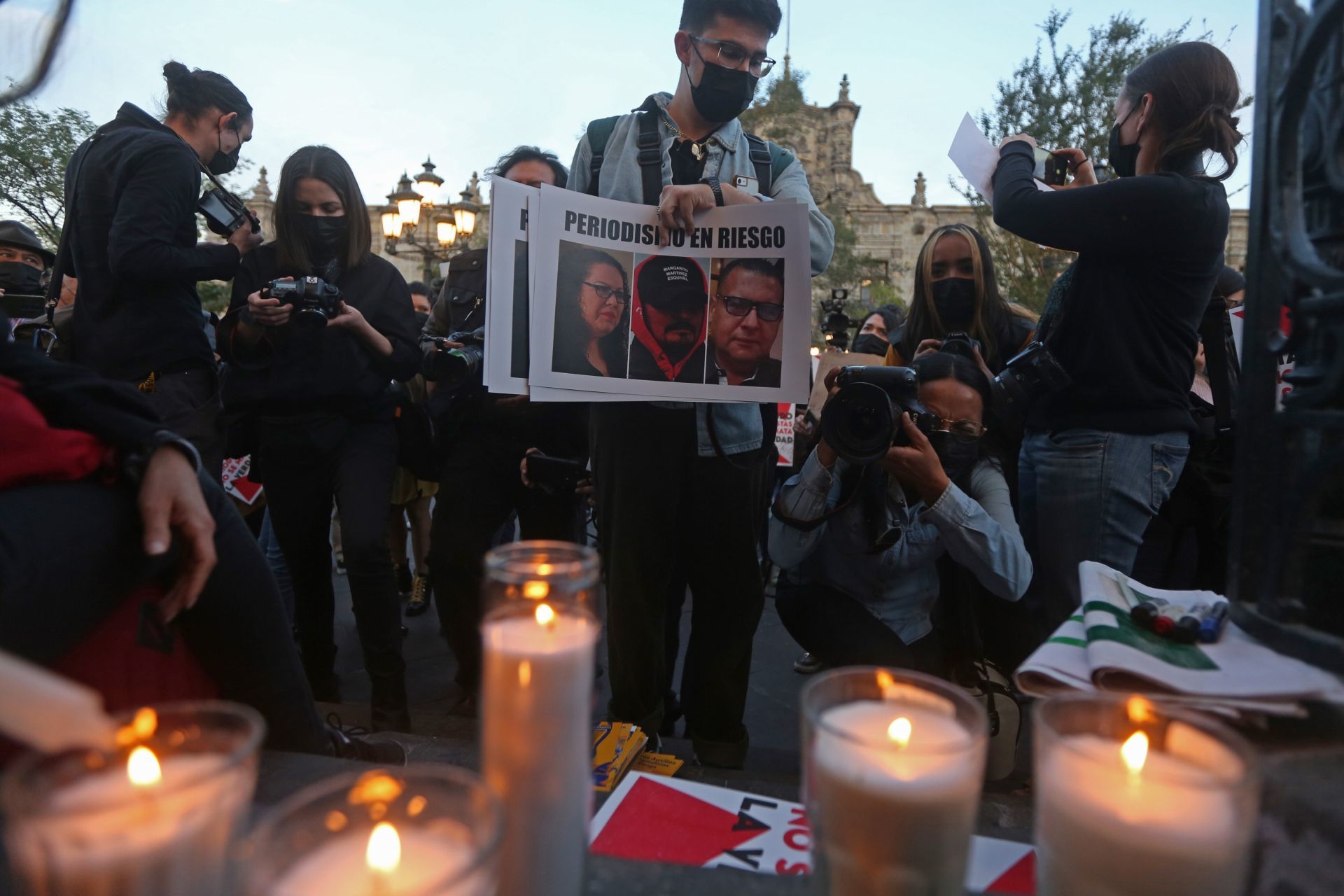 Article 19 disapproved of the disqualifications launched by the Federal to the press. (Photo: FERNANDO CARRANZA GARCIA / CUARTOSCURO.COM)

That way, Article 19 determined that the exposure of both spaces of the mornings of López Obrador do perpetrate attacks against journalists and the media, while denying violence against the press.

“In that sense, despite being one of the most critical moments for the press in Mexico, few actions are in sight to combat impunity,” he concluded.

“The continuous disqualifications against the press, in addition to being undemocratic, emphasize the lack of will of the authorities to generate an environment conducive to diversity and plurality of opinions and criticism, failing in their responsibility in prevention.”

Setback to AMLO: Mexican State is the main aggressor against journalists according to article 19 report
INAI ordered to sanction AMLO for disclosing sensitive data of Carlos Loret de Mola
NGOs warned of setbacks in the investigations of journalists murdered in 2022
UN-DH: Impunity in Mexico prevents the protection of journalists and human rights defenders