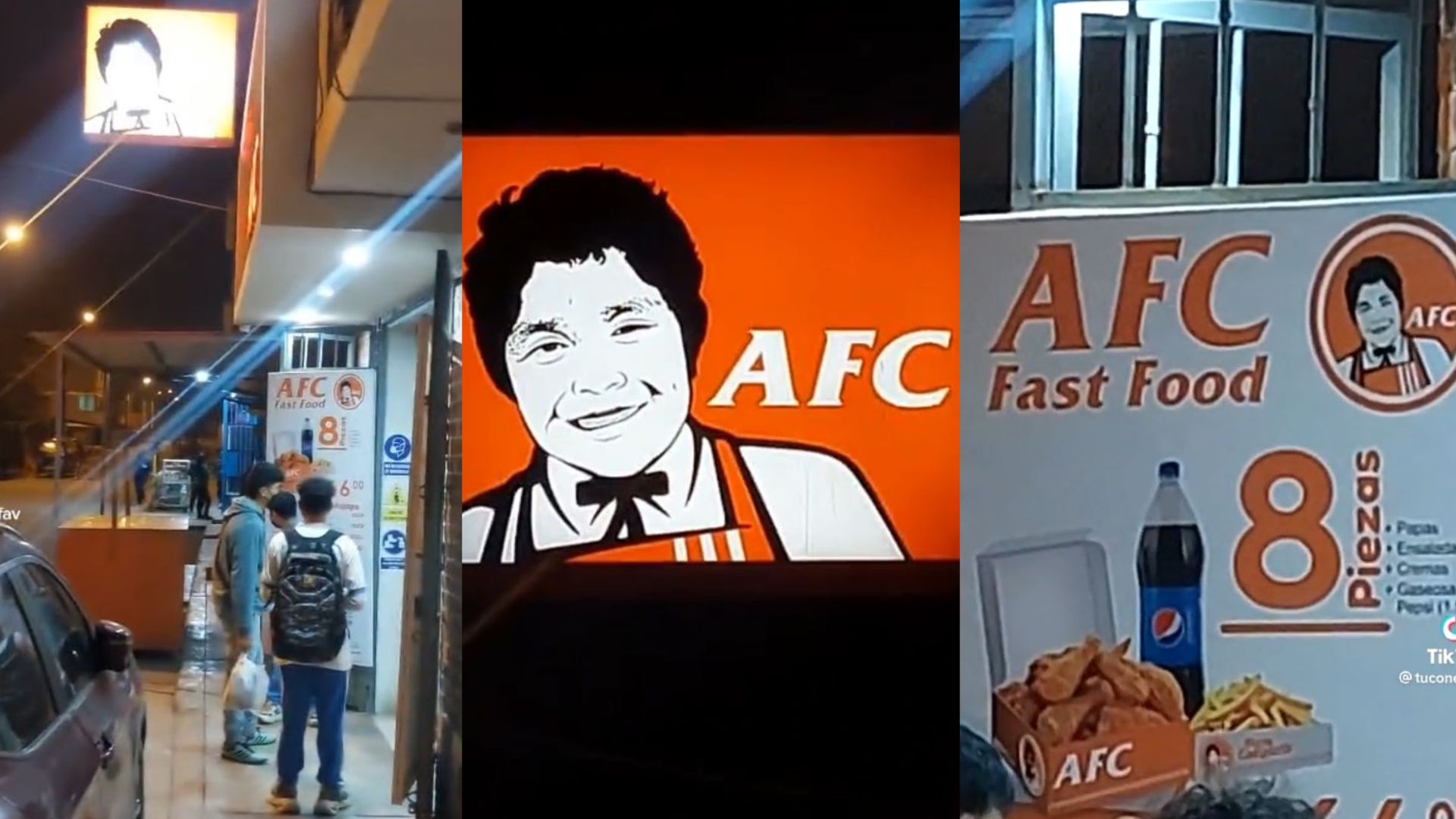 User records a place called AFC and turns on the networks for its resemblance to KFC. (Capture)

There is no doubt that TikTok, Facebook, Instagram, among other social networks show us surprising and curious things that quickly become viral videos within the world of the Internet. Proof of this is a business called AFC, which is very similar to the popular KFC fast food site.

Once again, the ingenuity and creativity of Peruvians once again generates a stir on TikTok. In previous days, a minimarket called “Less” could be seen, which opened its doors in front of the chain of stores “Mass”, belonging to the same category. Users of the short video platform also witnessed the existence of an apothecary called “Healthy, healthy, if you don’t heal today, you will heal tomorrow”, and now, a business called AFC was exposed, which sells fast food similar to the American chain KFC.

What most caught the attention and generated laughter in the users is that not only the name is similar, but also the logo where Colonel Sanders is appreciated. This only varies in the face of the well-known colonel.

The video It begins by showing a row of blue motorcycle taxis, until the camera focuses on a small sign that says AFC fast food, which is accompanied by the image of a man in the same suit as Colonel Sanders. The clip It only lasts 14 seconds and so far it has generated more than 818 thousand views, 63 thousand likes and more than 2,800 comments.

Once again said material was accompanied by the famous audio of SpongeBob, known as “What is that”.

The similarity in both businesses is not only in the name and logo, but also in the product they offer, which are pieces of chicken, French fries and soda. According to him TikTok user @tuconerofav who was the author of the audiovisual material, said local was captured in the Puente Piedra district.

The ingenuity of the Peruvians once again generated a stir on TikTok and this time a startup called AFC caused curiosity and humor due to its resemblance to KFC. (TikTok @tuconerofav)

The witty and curious name did not go unnoticed by the people, who quickly greeted the ingenuity of the owner of the business and furthermore, they asked what was the meaning of AFC. Likewise, another group expressed the grace that said name had caused them.

Among the most outstanding comments were the following:

“Oh rays! It was true what they said about the existence of that place, “added one of the users.

“This is similar to the friend who does the same thing, but cheaper,” another follower replied.

“I don’t say anything and I don’t criticize because I sense that it is about my country, that is, Peru, haha.”

“Haha, it makes me laugh, but I’ll tell you that in my neighborhood there is a place called KPC and I don’t know which one is funnier.”

“We Peruvians are always creative, there is no doubt.”

“Something similar happened to the accountant who works with me. He gave me a card with the CK logo on it and I thought he was Calvin Klein, but it turned out he was “Accountant Kevin”. He was very funny”.

Architect achieves ingenious design on a small plot and the partial result goes viral
He celebrated his birthday and asked to receive his gifts as in the lavish weddings of Huancayo
The millionaire wedding in Puno: more than 500 guests, three trucks and thousands of dollars in cash