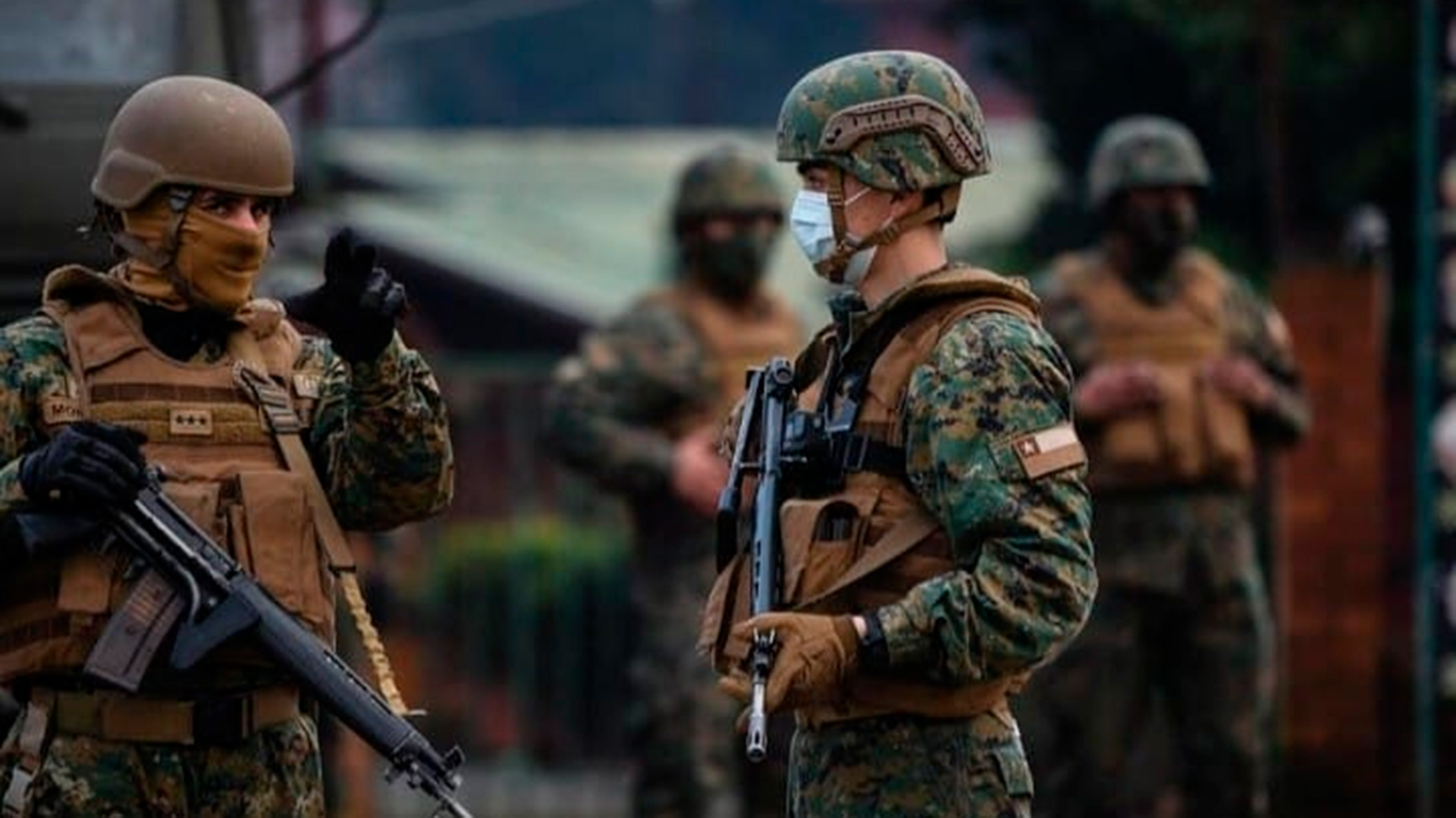 For the sixth time, the Chilean authorities extended the State of Exception to the south of the country.

The Chilean Senate decided to once again extend the State of Exception in Chile due to the Mapuche conflict in the south of the country. The renewal of this security policy was widely supported by parliamentarians.

The State of Exception was approved by 33 votes and 1 abstention, which means that the Military and Armed Forces presence will be maintained in the areas of the provinces of Arauco, Biobío and the region of La Araucaníalocated in southern Chile.

“We want to thank the support of the personnel who are in the area, both Armed Forces and Carabinerosbecause they are relevant measures to face the acts of violence, which we hope will be reduced, while we are looking for the substantive measures”, said the Minister of the Interior, Izkia Siches.

The measure will be in force for 15 more days from August 30, that is, it will be active until September 13 next. To be extended again, the approval of parliament will be needed. This is the sixth time that it has been decided to opt for this State of Exception during this year.

The Minister Siches He said that this is an exceptional measure that is complementary and that it is necessary to reinforce public order work by both Carabineros de Chile, the Investigative Police (PDI) and the Public Ministry. On the other hand, the authority highlighted that the decisions that have been adopted so far have helped reduce crimes in the southern part of the country and 47 complaints have been filed for various situations.

The approval of the State of Exception ran at the same time as Minister Siches announced that “Carabineros is an autonomous entity” and that it was expected to “advance to greater civil power over the police.” These statements did not go down well in the political sphere because “five months after taking office, she does not know that the police depend on her, that she is the boss”, said deputy Jorge Alessandri.

“Carabineros is not autonomous, the removal of Carabineros generals is done by the President of the Republic and Carabineros depends on you”, clarified the deputy Juan Antonio Coloma, while the minister defended herself by saying that there was “an error of interpretation”.

Reactions to the extension

The support for the State of Exception was total but criticism is glimpsed for an eventual political erosion of the measure due to how the government has approached it, and for its decision not to apply it in the Los Ríos region, in southern Chile, an area that is also affected by Mapuche radicalism.

“Many of us are going to start to get exhausted with these authorizations, and if we are not able to make decisions, then let the country blow up as quickly as possible to be able to make a change of government, because I don’t see another way”, said Senator Juan Castro.

Meanwhile, the socialist Alfonso de Urresti, who is part of the Los Ríos region, clarified that “I don’t want violence to normalize in my regionand I am going to represent when the Government has hesitant, hesitant attitudes when making decisions, that blurs the frontal fight that we must have”.

Volodimir Zelensky asked Latin America “not to trade with Russia” so that it understands that for its invasion “it pays a very high price”
New attack by Mapuche radicals in southern Chile: at least 19 machines and vehicles were set on fire