Sergio Massa at the Council of the Americas: “We don’t have to be afraid to sit down at a table with the opposition” 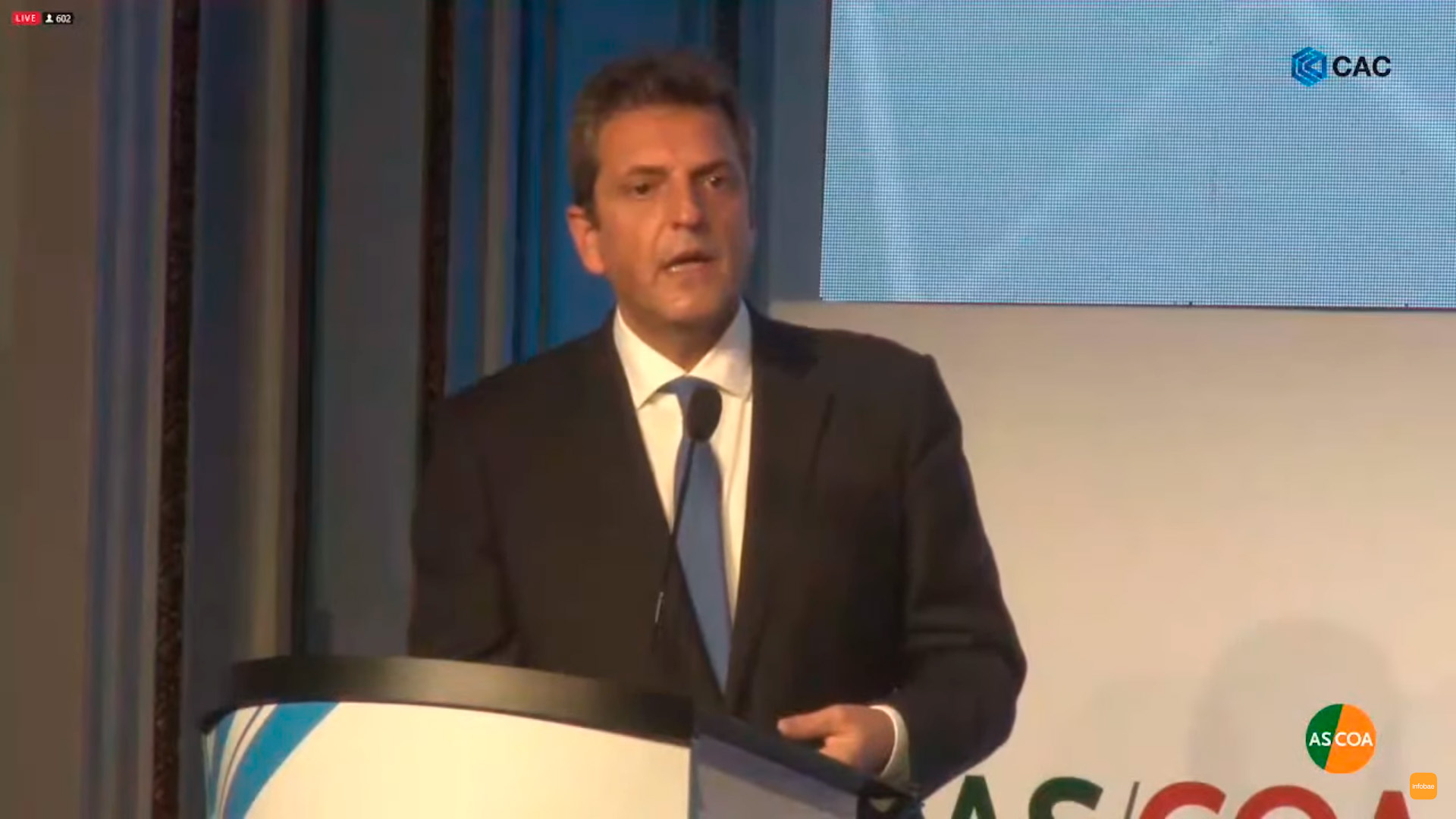 Sergio Massa, Minister of Economy, at the Council of the Americas.

The Minister of Economy, Sergio Massa, closed the Council of the Americas, the business meeting that takes place once a year at the Hotel Alvear. The official reviewed the initiatives of his management, such as incentives for the liquidation of exports and the reduction of subsidies, among other points. But in addition, he called for a dialogue with the opposition through Congress to “find agreements on State policies on issues related to development.”

“In the coming months there will be no elections, until March April the electoral season does not begin. It would be good to take the opportunity to find basic agreements or consensus for the development of Argentina”, Massa stated before the business audience.

“First, a decision that the President has made. It is going to call for an economic and social agreement to set short, medium and long-term objectives, with a roadmap that has inflation as one of the problems, but also development as one of the great issues to be dealt with in the next few days,” he said.

“In parallel, understanding that Congress is the arena for dialogue with the opposition, we believe it is essential to find agreements on state policies on issues related to development,” he said.

“We do not have to be afraid or ashamed to sit at a table even though we are from different political forces. What is at stake is the future of Argentina”, he said.

On the stage of the Hotel Alvear, the meeting convened by US companies operating in the country together with the Argentine Chamber of Commerce (CAC) and Services, Massa took the opportunity to relaunch the initiatives that he announced on his first day in front of the Palacio of Treasury.

“Argentina is a great country, it is a country with an enormous amount of resources, but it is clearly not a rich country but a country with riches. And transforming that wealth into development, into growth, depends on the work we do from the private sector and from the Government”, he said.

The auditorium, in which representatives of agro-industrial, mining and energy companies were not lacking, explained the reason for the unification of different portfolios in a single ministry.

“The unification of the economic areas, understanding that energy, mining, the knowledge economy and the agro-industrial sector are economic vectors for the development of Argentina in the global context, has to do with a strategic decision,” he said.

Thus, he reviewed several of the axes that are underway. In terms of fiscal regulation, he highlighted “a first signal” that was the suspension and return of $10,000 million in transitory advances to the Central Bank, a small reversal of the massive monetary issue that the Treasury required from the entity.

“We believe that better than issuing to finance public spending is that the State works in an orderly manner, meets its budget goals and. in any case, if you need financing, it is from generating attractive instruments”, he commented.