Nine miners trapped in a sinkhole in Lenguazaque, Cundinamarca, were rescued 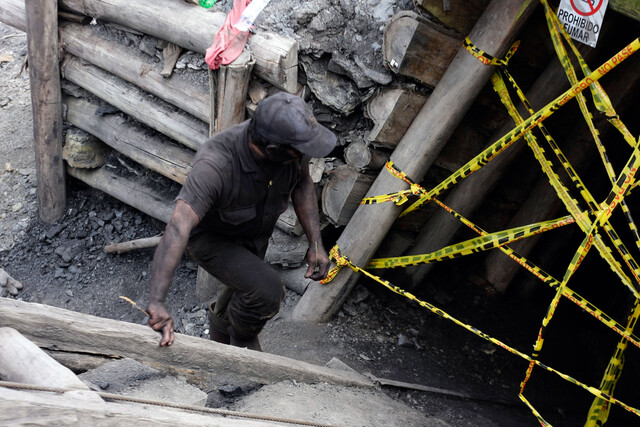 ENTRANCE TO THE LA ESCONDIDA COAL MINE, ON THE PEÑAS DEL BOQUERON VILLAGE. AFTER AN EXPLOSION OCCURRED DUE TO THE ACCUMULATION OF GASES INSIDE THE SHAFT, FIVE WORKERS DIED. (COLPRENSA / PHOTOS CHRISTIAN CASTILLO M).

The nine miners who were in a mining tunnel located 10 kilometers from the municipality of Lenguazaque, in the department of Cundinamarca, were rescued.

The nine workers were in the sinkhole 40 meters from the surface, where they remained trapped for more than 15 hours.

Nine miners experienced moments of anguish who were trapped in the El Bosque mine, located 10 kilometers from the municipality of Lenguazaque, Cundinamarca, for more than 15 hours.

It all started when the miners finished their work day if they found that the exit from the mine was blocked, at that moment the relief agencies were informed, who proceeded with the maneuvers, first to generate ventilation inside the tunnel and remove the material that prevented access to the site in order to free the workers.

Members of the National Police, the Mining Agency, and the Chocontá fire department arrived at the site, who took more than 10 hours to rescue the workers due to the depth of the sinkhole.

According to the Cundinamarca fire department, the nine workers left with minor but stable injuries and received first aid.

Meet the congressmen who did not sign the Jota Pe Hernández bill to lower the salary of congressmen
Pedro Sánchez, head of the Spanish Government, confirmed that he will meet with Gustavo Petro in Colombia
The United States respects that Colombia restores diplomatic relations with Venezuela