Many goals in the tie at 2 between Puebla and Necaxa 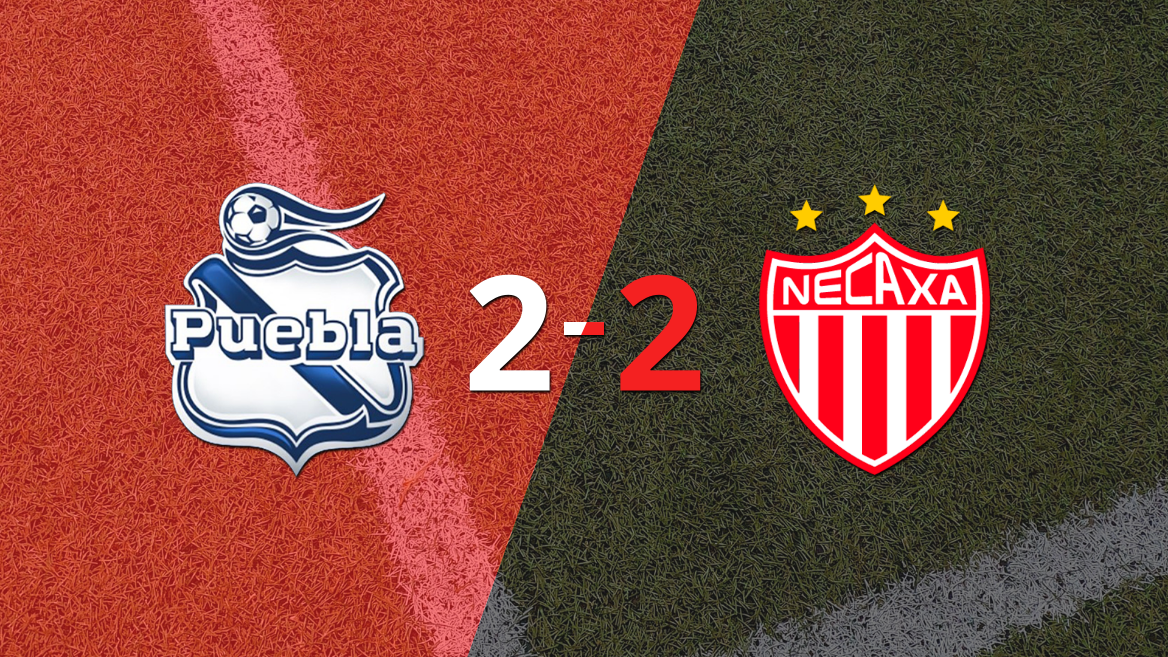 In the game they played this Tuesday at the Cuauhtémoc stadium, the Strip and the Rayos failed to take advantage despite having converted twice each in the match corresponding to date 9.

A highlight of the match was Facundo Batista’s goal in the 8th minute of the second half. After receiving an assist from Ángelo Araos, the forward placed it to the right post and down. Impossible for the goalkeeper!

The figure of the meeting was Martín Barragán. The Puebla striker converted 1 goal and kicked 3 times on goal against Necaxa.

Another of the key soccer players at the Cuauhtémoc stadium was Facundo Batista. The Necaxa striker converted 1 goal and kicked 4 times on goal against Puebla.

At 35 minutes into the first half, Puebla defender Maximiliano Araujo made a fool of Fernando Madrigal, a Necaxa midfielder, with a stupendous shot.

With many fouls, it was an intense game with many interruptions on the pitch. There were 2 cautioned: Gustavo Ferrareis and Agustin Oliveros.

For their part, those led by Jaime Lozano stood with a 4-4-2 strategy with Luis Malagón under the three sticks; Brian García, Juan Pablo Segovia, Alexis Peña and Agustin Oliveros in defense; Brayan Garnica, José Esquivel, Fernando Madrigal and Ángelo Araos in midfield; and Milton Giménez and Facundo Batista up front.

The match at the Cuauhtémoc stadium was directed by referee Fernando Guerrero Ramírez.

For the next date, the Strip will visit Atlas. On the other hand, Rayos will host Chivas.

The local is in sixth place with 12 points, while the visitor reached 13 units and is placed in fourth place in the tournament.