Dollar, taxes, Rosario and Mapuches: the definitions of Rodríguez Larreta before businessmen from the United States 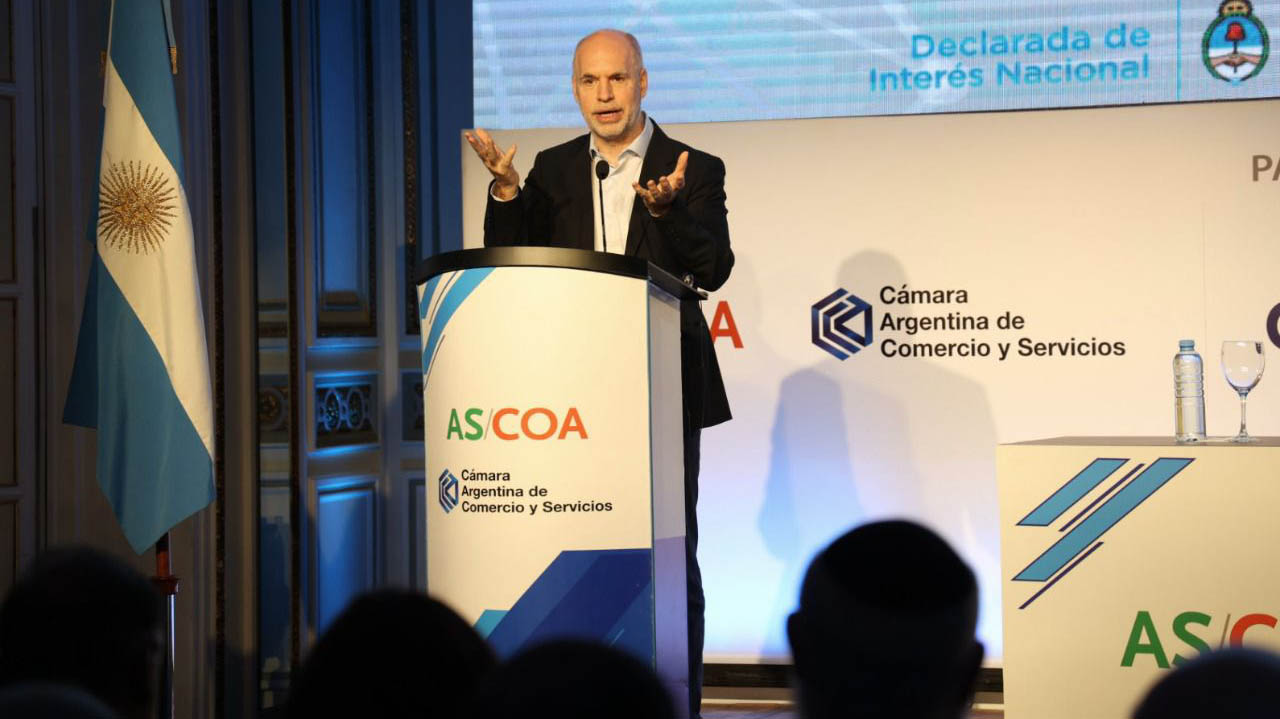 The head of Government of the City of Buenos Aires, Horacio Rodriguez Larretapresented the main guidelines that the next government of Argentina should assume to take advantage of the opportunities generated by the Russian invasion of Ukraine in a meeting organized by the Council of the Americas.

That future administration, he pointed out, should be made up of a coalition in which he imagines himself a part. “I dream of joining the team that marks that turning point” in the country’s history, he said.

Strictly speaking, Rodríguez Larreta aspires not only to join that new government but to lead it, as President. However, he has not yet publicly stated his intention to compete in 2023. However, his speech this morning clearly transcended the limits of the City of Buenos Aires.

The head of government proposed four pillars for the growth of Argentina (economic stabilization, international confidence shock, respect for human rights and federalism). In this context, he presented some clear definitions on current issues. He said, for example, that the new government must defend democracy in the region, “condemning the violence and human rights violations in Venezuela, Cuba and Nicaragua”.

He also asked to focus on the Triple Frontier, “a hot place that must be watched very firmly”. “Terrorism and drug trafficking break the peace and end up destroying the democratic system“, plot.

He also made a special mention of the situation that the city of Rosario is going through, “a problem that transcends the province of Santa Fe and even a particular government.” “The drug advance is an incipient threat to the territorial sovereignty of Argentina and deserves a national strategy and a commitment from all parties”, he assured.

And he dedicated a paragraph to Mapuche violence in the south of the country: “The threats to property and people in Patagonia pose a challenge to state sovereignty and the rule of law that require the utmost political decision to guarantee the rights of our citizens.”.

This Thursday is the 19th edition of the Council of the Americas, the Buenos Aires conference of the series of meetings in Latin American cities of the American business organization American Society – Council of The Americas (AS/COA) in conjunction with the Chamber Argentina of Commerce and Services (CAC).

The traditional business meeting that takes place at the Hotel Alvear will have energy as one of its central axes. “Argentina: economic and political perspectives” is the name of this year’s event, which at its beginning included the words of the president of the Chamber of Construction, Mario Grinman, and the CEO of the Council, Susan Segal.

“Towards a single exchange rate”

Rodríguez Larreta delivered an important definition for an eventual Presidential candidacy. He said that the country must converge towards “a single exchange rate“, that “be competitive and allow exporters to sell their work at a reasonable price and those who need inputs to buy them at fair value”.

“In this way we will also manage to order the trade balance. I believe that the best trade balance that a country can have is a balanced one. Where the potential exporter is at the highest level possible to have dollars that the industry can later use to import, produce more and provide more work. Argentina can and has to export more”, she evaluated.

The head of government also requestedloosen the tax pressure suffered by those who give work”, giving priority to those sectors that incorporate greater added value and, therefore, more Argentine work.

The rest of the schedule

I followed the Council of the Americas live