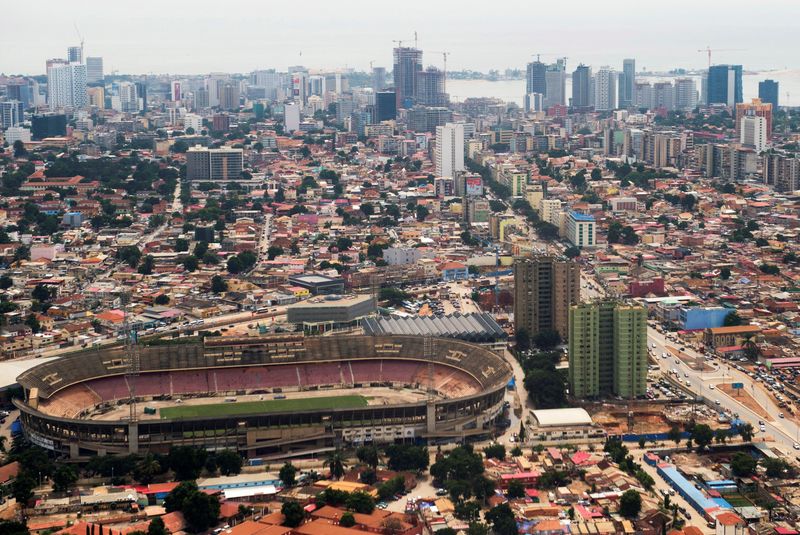 JOHANNESBURG, Aug 18 (Reuters) – Angola and the European Union are set to start talks on a trade deal this year, after the EU and its African partners approved the oil-producing nation’s request to join a regional trading bloc, according to an EU document and a person in charge.

The green light to start negotiations came in late July, according to an EU document, shortly before the southern African country holds general elections next week.

“We are now in a position to start formal negotiations, but there is still no agreed date with Angola. We expect this to happen in the last quarter of this year,” an EU spokesman told Reuters.

The possible agreement would probably increase the export of Angolan products to the EU, and possibly reduce the dominance of oil, which currently accounts for almost all exports in value.

Angolan products such as frozen prawns, ethyl alcohol, wheat bran and bananas are the ones that will benefit the most from the planned removal of tariffs, according to EU estimates.

With the trade boost expected from the deal and the EU’s increased need for fuel in a context of the energy crisis caused by the war in Ukraine, Angola could also export more oil to the bloc of 27. Currently, China it is by far its biggest customer, even though oil is not subject to import duties in the EU.

Most Angolan exports to the EU already benefit from preferential treatment because the country has been classified as a least developed nation.

However, thanks to its recent oil-fueled economic growth, it is set to lose that status in 2027. This means it will have to pay tariffs on a number of products unless it signs up to the regional trade deal the EU signed with six countries in the world. South Africa in 2016.

Under the agreement, EU products will also enter the Angolan market with lower tariffs, which is an advantage for local consumers, but a risk for national industries if they do not invest to remain competitive.

Under the regional trade agreement, the EU completely eliminated tariffs and quotas on any imports from Botswana, Lesotho, Mozambique, Namibia and Eswatini, and almost completely abolished duties on South African exports, which remain, however, subject to fees.

In return, the southern African countries eliminated duties imposed on up to 86% of EU exports.