Weather in Colombia: temperature and probability of rain for Barranquilla this August 17


The type of weather that there is in a certain region is determined by different factors among which are the altitude, latitude, orientation of the relief, distance from the sea and marine currents and gives guidelines to the so-called “Meteorological time” which in turn is supported by other elements such as the temperature, pressure, wind, humidity and precipitation to delineate the atmospheric conditions in a territory in a short term.

In this context, here we leave you the weather conditions for Barranquilla.

As for the rain, the probability of precipitation for the Colombian city will be 40% during the day and 40% throughout the night.

Beware of the sun, UV rays are expected to reach a level of up to 13.

How is the weather in Barranquilla?

Being located in the north of the country, very close to the Caribbean Sea, Barranquilla is characterized by being tropical dry.

The average temperature in Barranquilla it is between 26 and 28 degrees Celsius, according to the Institute of Hydrology, Meteorology and Environmental Studies (IDEAM).

Although in this coastal city the rains are few, there are two rainy seasons In the calendar, the most important is from August to November, with September and October being the months with the most rain.

The other rainy season is at the beginning of the year, it starts from May to June and they are light.

By contrast, the dry season It occurs from December to April, with January to March being the driest days in Barranquilla. 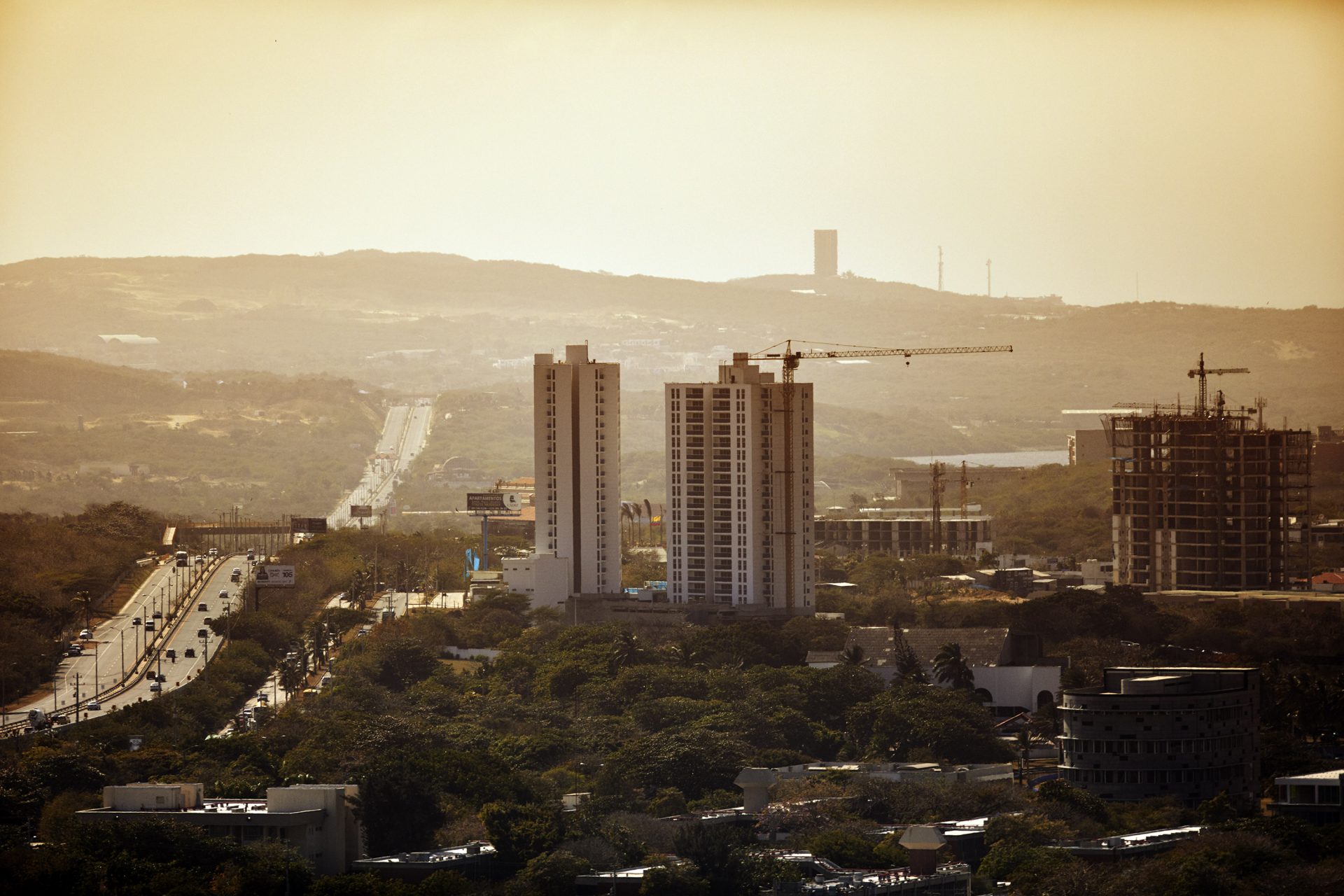 Colombia, a “rainbow” of climates

The weather in Colombia is very diversethe climate is modified due to its geographical complexity such as the coasts of the Caribbean Sea to the North, the current of the Pacific Ocean, as well as the mountain ranges that cross it through the center from north to south.

According to IDEAM there are at least four types of climate in the country: tropical, dry, temperate and cold high mountain.

The tropical rainy jungle or equatorial It covers areas such as the center and north of the Amazon, the entire Pacific Region, parts of Antioquia, western Santander, Boyacá and Cundinamarca, the Catatumbo area and the Amazon foothills. Meanwhile he tropical rain forest or monsoon it reaches the foothills of the plains and the extreme south of the Caribbean region.

The savannah with dry winter includes most of the Caribbean region and Orinoquia, as well as the lower sectors in Santander and Antioquia. Refering to savannah with dry summer. adds the inter-Andean valleys in Tolima, Huila, Valle, Cauca and Nariño.

For him Dry weatherin Colombia they perceive the very hot arid or desert and very hot semi-arid or steppe. The first is perceived in the upper part of Guajira and the second in the middle and lower zone of the same department plus sectors of the Caribbean coast.