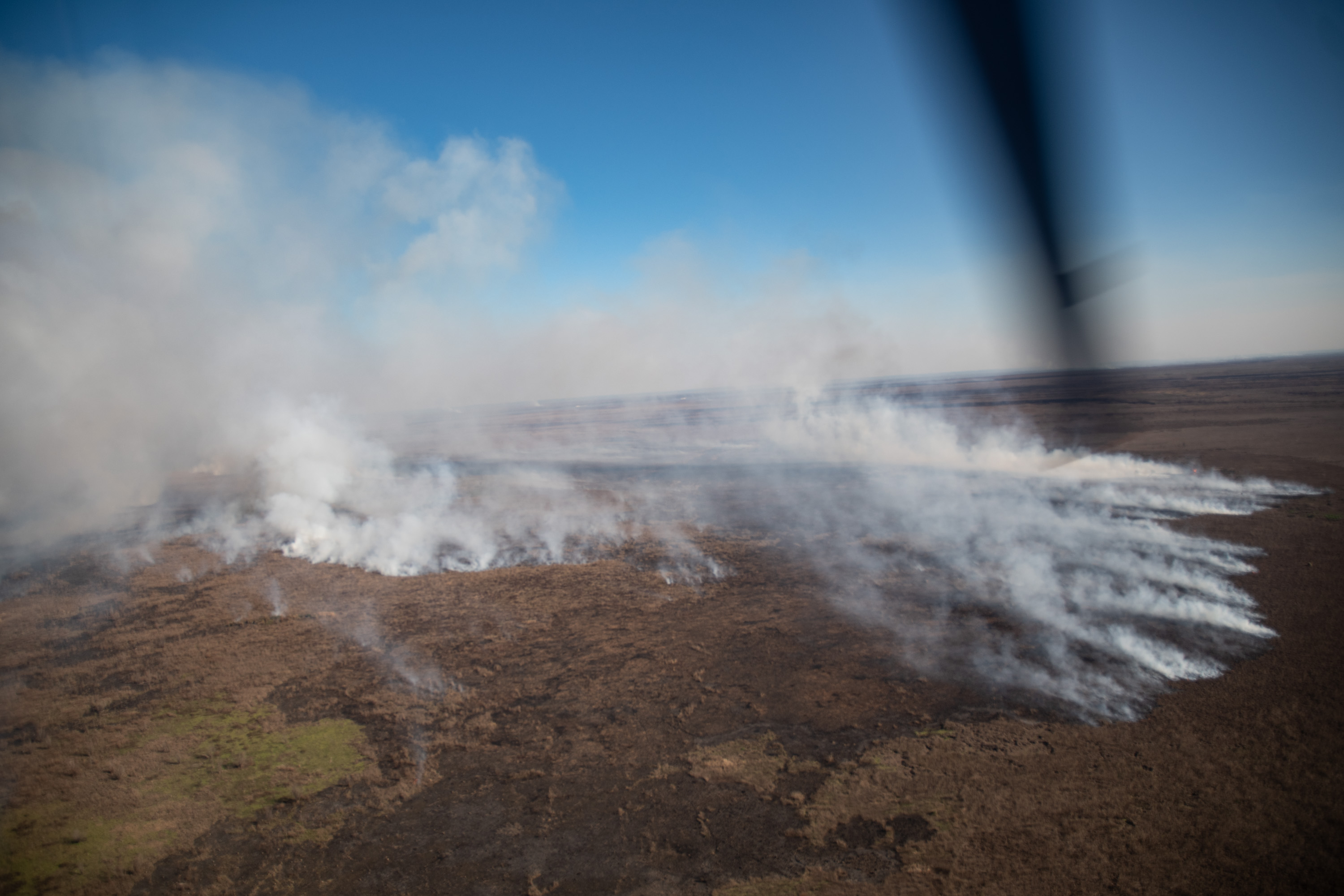 Four people were arrested for the fires in the Paraná Delta

The intense smoke that has affected citizens in Rosario for weeks arrived in Buenos Aires on Tuesday and thus spread concern about the origin of the fires that generate it. The foci are located in the Paraná Delta, where monitoring and preventive controls have intensified. It seeks to find those responsible for causing the fires.

In this framework, four people were arrested and accused of trying to set fire to the area and cause at least some of the fires. Three of them declared this Tuesday before the Justice and it was decided that they will continue imprisoned.

Three men who live in the town of Villa Constitución and work as beekeepers were arrested this Sunday on the island “Del Holandés” at the height of Arroyo Seco, that is, 32 kilometers from Rosario. While this Tuesday a fourth suspect was imprisoned because he would have been the author of one of the fire sources. Since his capture occurred in the last few hours, he will be charged during the day on Wednesday.

The first three investigated are a 54-year-old man and his children, ages 22 and 18. According to what was reported by the federal prosecutor of Victoria, Claudio Kishimoto, all agreed on his statement and “spoke in the same sense.” Because the case is under investigation, he did not provide details of what was declared and remarked that “now we are going to check the information.”

As the investigation unfolds, Kishimoto reported that both the father and his children “They will continue to be detained.” In addition, he explained that ten business days must be waited for the judge to resolve the situation of the accused.

The men were arrested while trying to set fire to an area of ​​the Paraná Delta, for this reason, their relatives went to the Federal Court of Victoria and explained that the fire had not been started with the aim of damaging the sector but that it is a task which is usually part of the job to prevent the spread of a fire. 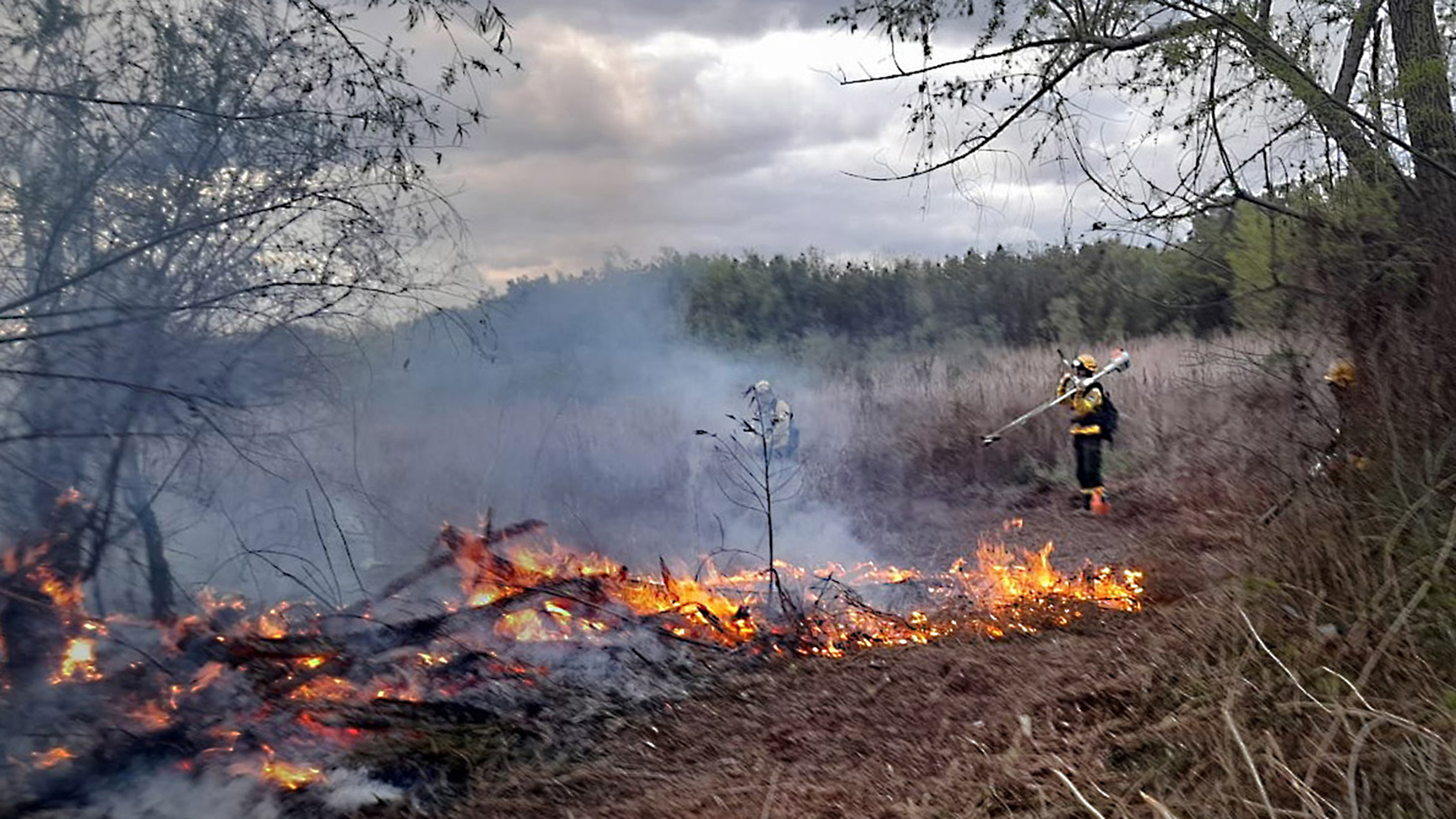 Brigade members work to put out the fires and detect the possible culprits. NA photo

In their defense, they detailed that the three men “were backfiring to save the hives.” In this sense, Kishimoto maintained that said version must be investigated and therefore, he still cannot confirm if this will allow the sentence to be moderated.

Vanesa, the man’s wife and mother of the young detainees, informed Channel 3 that his family is “innocent” and assured that “the situation was misunderstood.” In addition, he recalled that the family was cutting the grass and burning it near a wooden box they have, when the police arrived at the scene and arrested them.

Given the versions raised, the judicial official stated that they must first define whether the three detainees will continue to be prosecuted “if they will dictate the lack of merit or if they will be dismissed,” he said. In addition, he detailed to the newspaper La Capital that in the process “once the instance of the imputation or formal accusation is reached, there must be a trial, meanwhile we are investigating.”

As for the fourth detainee, the prosecutor of the case remarked that it is a man who was arrested by the Albatros Group while he was starting a fire source. For this reason, he argued that “That is a different fact and will be analyzed as such.”

Regarding said defendant, it transpired that he lives on Victoria Island and was arrested by security personnel who were patrolling the area. The secretary of Civil Protection of Santa Fe, Roberto Rioja highlighted in TN that the capture was made from the visualization of columns of smoke by personnel of the Albatros Group. Observing the situation, the staff went to the scene on foot and found the person trying to start the fire.

Since the fire progresses despite the preventive tasks, the main hypothesis focuses on the intentionality of the fires. The Government Minister of Entre Ríos, Rosario Romero, told local media that an incessant task is being carried out to determine “who are the authors of the fires.” In fact, she assured that data and testimonies are being analyzed to identify other authors of the problem.