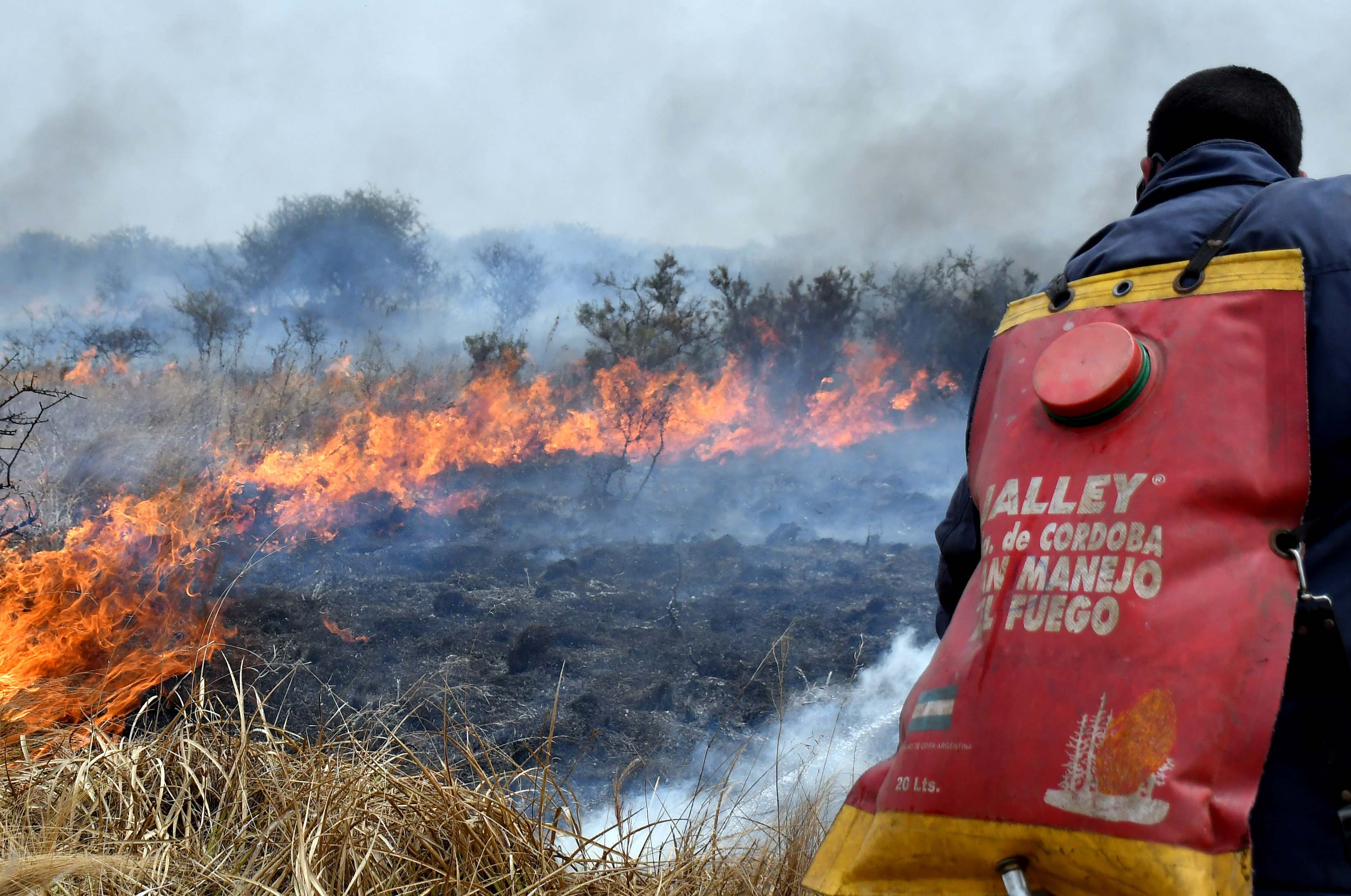 Volunteer Firefighters managed to control a fire in Traslasierra, Córdoba. However, it was warned that the risk will continue to be “extreme” due to the wind. The condition becomes more sensitive due to the lack of rain and drought in the area.

The forest fire occurred near the town of Mogigasta on Tuesday afternoon. Volunteer firefighters from four barracks arrived at the scene and worked immediately to put out the flames. In addition, personnel from the Catastrophe Action Technical Team (ETAC) and members of the Majeo del Fuego Comprehensive Management area attended.

Due to the advance of the fire and the intense flames registered in the western area of ​​the province, near Mina Clavero, a hydrant plane had to collaborate. Thus, with a joint work with firefighters in the land area, they managed to combat the fire that affected a rural area with a sparse population.

Although the fire was controlled, The Córdoba Ministry of Security warned that the risk of forest fires remains at an “extreme level” until Friday. In this regard, it was suggested that the alert is due to the forecast of wind with gusts up to 20 km/h.

Beyond the wind, other factors affect the risk of fires during this time of year. In this regard, the agency indicated that there are few rainfall records and a lack of rain that makes the environment drier and more prone to the expansion of fires. 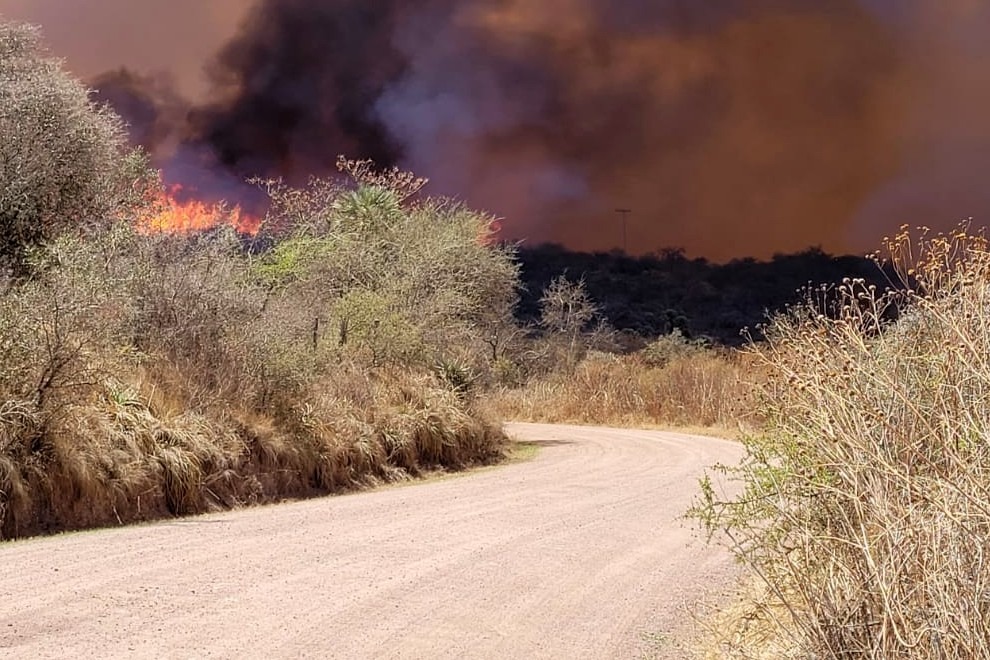 The risk of fire expansion is due to the presence of wind. Credits: Ministry of Security of Córdoba

The president of the Mina Clavero Volunteer Fire Department, Diego Quevedo reported daily The voice that the fire affected about 40 hectares located north of the department of San Alberto. In addition, they detailed that “native forest has been burned, there were no evacuees nor were homes affected.”

Until now, the reasons for the fire are unknown and therefore, investigators analyze the skills carried out at the scene. On the other hand, police officers arrested a 22-year-old man in the town of Embalse who is suspected of having started a fire that ended with the burning of four hectares.

Given the climatic conditions that imply drought due to scarce rains, the agency recalled that Decree No. 512, which establishes the Environmental Emergency in Córdoba, remains in force. The regulations prohibit the start of fire and are in force between June 1 and December 31, the period of greatest risk in the year.

Faced with the danger that fire can represent, the Secretariat for Climate Risk Management, Catastrophes and Civil Protection recommended not burning pruning remains, garbage or weeding land, carrying out preventive practices, not throwing lighted matches in the field, forests or wooded areas.

At the same time, it is recommended not to make fires except in authorized places, to take into account the wind, not to throw cigarette butts in the field and if the fire starts on the grass and if there is not too much intensity, it is advisable to put it out by hitting it with a a wet blanket

So far this year, there have been several fires and for this reason, progress is being made in the fire risk mapping in Córdoba. The same is in charge of the Secretariat of Climate Risk Management, Catastrophes and Civil Protection and the central points that allow the identification of threats, situations of vulnerability and possible risk scenarios are detected.

Having this information is expected to facilitate early decision-making by the fire containment services and comprehensive actions aimed at a faster response to prevent the spread of the fire.