The Government will not modify the current restrictions on the export of meat, corn and wheat 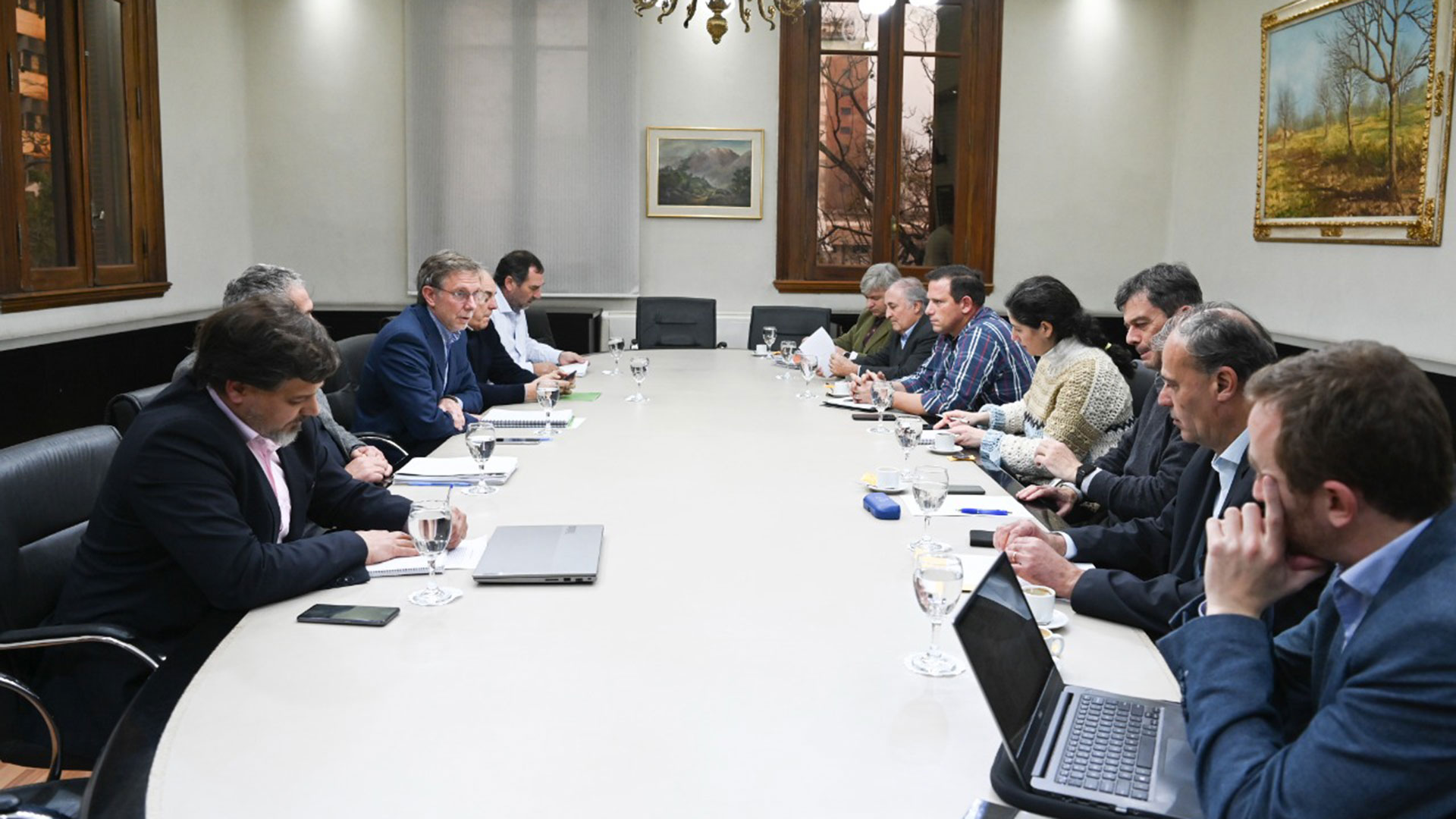 Bahillo today with technicians from the Liaison Table.

The Secretary of Agriculture, Juan José Bahillo, ratified that The ban on the export of the seven popular cuts will continue until December 31 of next year, as well as the equilibrium volumes scheme that limits the commercialization of wheat and corn to the world. At the same time, the official did not rule out flexibility in both measures.

The official decision was made known after the meeting that Bahillo and other officials from his portfolio held this afternoon with the technical teams of the Link Table that brings together agricultural entities, within the framework of the dialogue committed by the government with the sector since the arrival of Serge Massa to the Ministry of Economy.

Although during this afternoon’s meeting the technicians of the Liaison Table demanded the total release of beef exports, the Secretary of Agriculture told the press that the measure will remain in force and affects the following cuts: roast with or without bone, skirt, matambre, roast lid, buttock, shoulder and empty. “The ban on the seven cuts is maintained, which does not prevent us from thinking about expanding the export quota, I think it is at 30,000 tons per month. Expand that quota? We are going to evaluate it, we are going to think about it, it is one of the proposals that they brought, but not in those cuts “said the official.

In relation to the balance volumes of corn and wheat, which prevent exporting above the tonnage that the Government has, Bahillo said that this mechanism will continue and that there will be flexibility only “to the extent that we see that freeing up more export quotas it does not generate problems for the domestic market or for other production chains, such as in the case of corn, everything that is the poultry chain, the feedlot fattening system, the dairy farms or the pig sector. We want to guarantee the other chains that transform vegetable protein into animal protein, adding value and generating jobs that they also have the peace of mind of having the necessary supplies”. 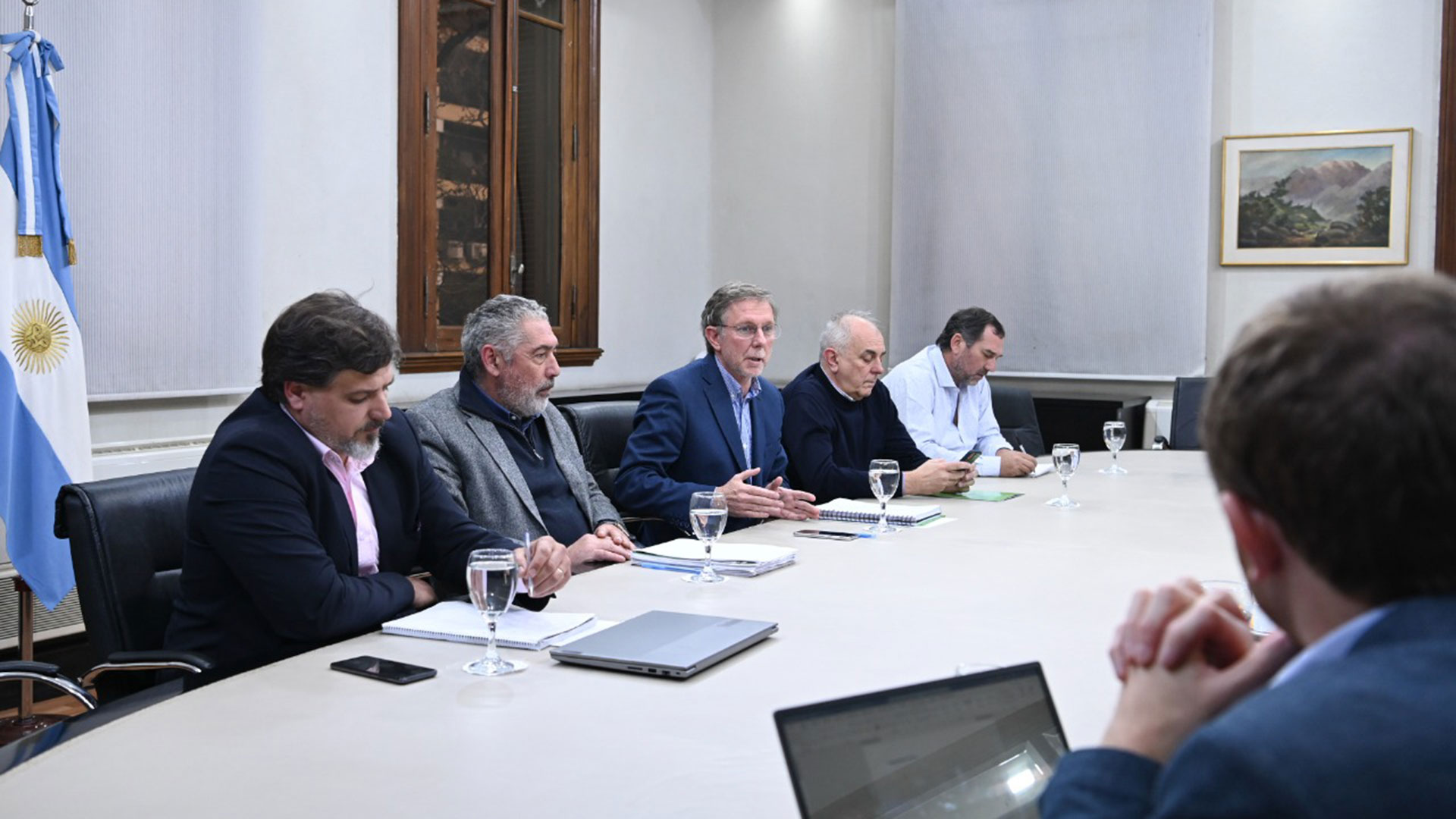 Juan José Bahillo accompanied by officials from the Secretariat.

In another part of the meeting that the official held with the press, he confirmed that improvements to the financial instrument designed by the Central Bank to accelerate the sale of soybeans from the last harvest by producers are being studied. “On the ‘soya dollar’ an improvement in its implementation is being evaluated. It is a job that has to be done in conjunction with the authorities of the Central Bank and the Ministry of Economy. We make our contribution, but it is a very technical issue that we work together”, commented the head of the Ministry of Agriculture.

“With this meeting we want to establish a good work environment, where the guidelines already proposed in previous meetings are marked”, and added that “I am convinced of the importance of the sector because it is impossible to think that the country will do well without the productive matrix of the countryside”, concluded the secretary.

This afternoon’s meeting was part of the commitment assumed by Serge Massa Y John Joseph Bahillo last Friday with the representatives of the agricultural entities, to form a dialogue table to search for quick solutions to the needs of the sector. In this regard, today also discussed the problem of access to fertilizers, the current situation of biofuels and regional economies.

At the end of the meeting, Martin Spada of the Argentine Agrarian Federation, commented that today’s meeting “It was the first technical meeting after the change of management and we updated the agenda that we came to propose, which was already proposed by the presidents of the entities. It was a set-up and we are now waiting for definitions by the officials, since the measures are still under study”.

For his part, the Secretary of the Argentine Rural Society, Carlos Odriozolamaintained that “the officials agreed to analyze the proposals and proposals that we presented. Today they did not bring us changes or proposals. On the specific issue of meat, we ask for the total release of exports, due to the level of stock we have and how consumption is today. They agreed to analyze the situation of Vaca C and the request to remove the quotas, and then they will call us again. They are aware that they have something to offer producers”. 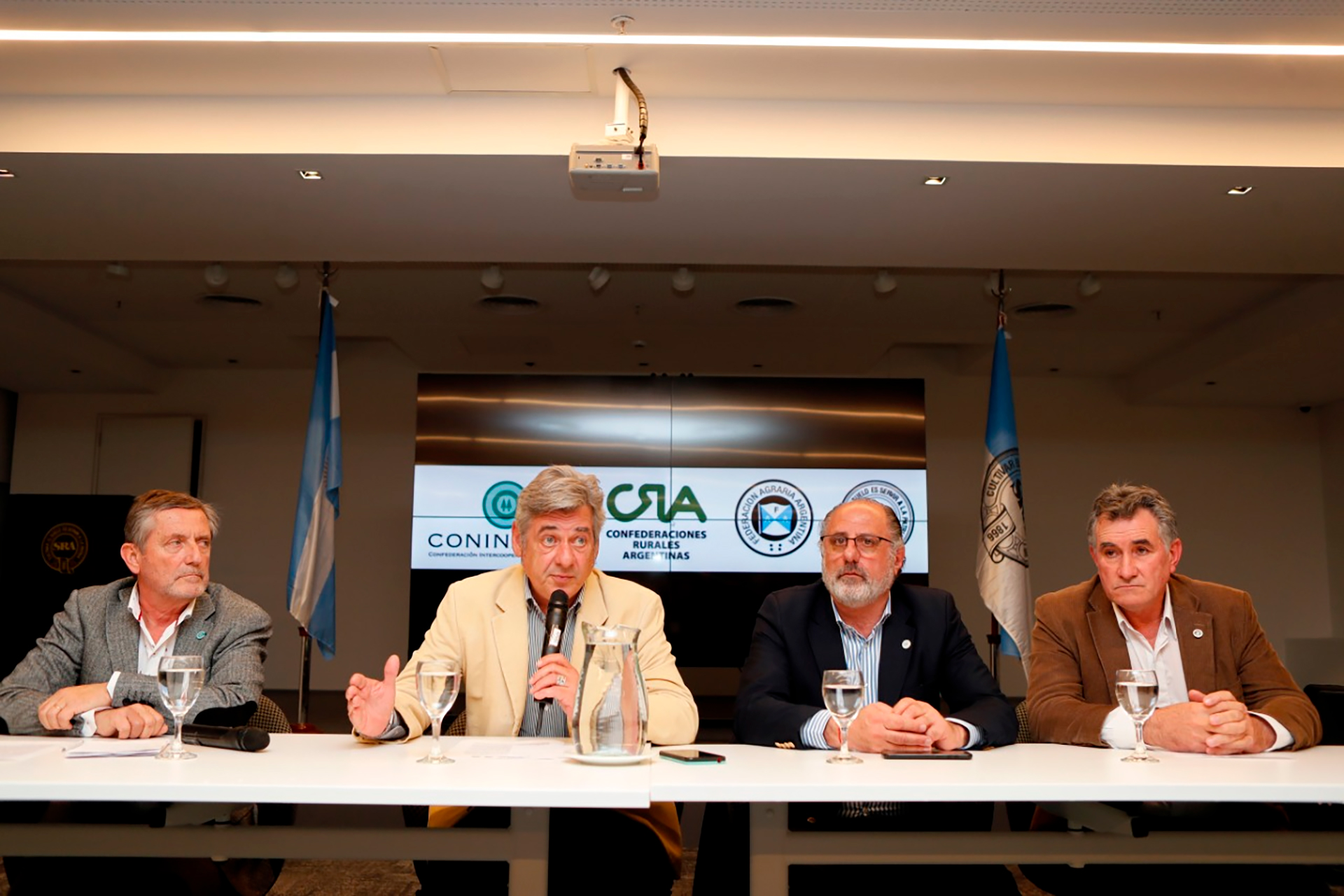 After today’s meeting, the Liaison Table awaits a new call from the Government.

And I add: “The expectations were not that today we would come here and leave with all the solutions under our arms. The first thing is to get to know each other between the parties to begin to generate trust in the dialogue. Obviously, since there are no compliant measures, we are not leaving because clearly there is no solution, but we understand that they also know that the sector that can accompany this process is the countryside. In that sense we hope to be well treated”.

In relation to other issues on the agenda, the entities raised their criticism of the “soybean dollar” and are waiting to agree with the Government on a series of measures to modify the instrument, which aims to accelerate sales of soybeans from the last campaign by the producers. In addition, given rumors of a possible lack of fuel for the second semester, the entities demanded to extend the limits of biofuels. “They told us that they have the issue on the agenda, but it is one of the most intensive work points and since today was a long meeting, they did not delve into details,” he said. Silvina Campos Carleswho recalled that the countryside and agribusiness have long been considering increasing the mixture of biodiesel with diesel to deal with shortage problems.