Sunafil: companies that do not comply with salary payments will have fines of up to 120 thousand soles 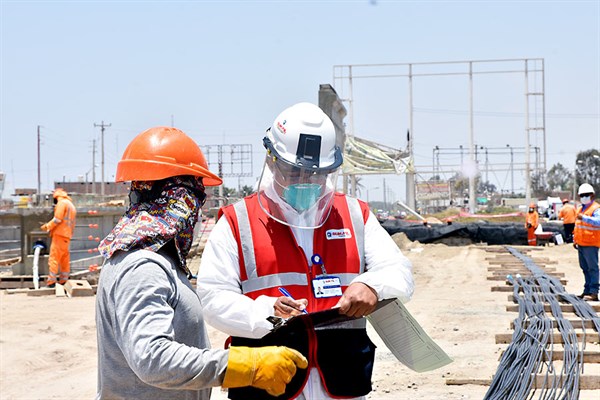 Sunafil is the entity in charge of labor inspection. (A Peruvian man)

up to a fine of S/ 120,152 Employer companies that do not comply with their obligation to pay their workers’ wages on time could receive, as reported by the National Superintendence of Labor Inspection (Sunafil)

The agency maintained that this serious infraction is worthy of a fine that can vary depending on the size of the company and the number of workers affected.

sunafil made this reminder to both employers and workers after a few days ago a crane operator decided to hang from this as a form of protest against the non-payment of remuneration from the entity that hired him. The incident occurred in the district of Surquillo.

“As soon as this fact was made known through social networks, Sunafil took the case ex officio and opened an investigation into the Perumaq Corporation company, his employer, and contacted the worker,” the supervisory entity mentioned.

Thus, in a period of 30 business days, the inspection will determine the breaches in the social and labor rights of the operator, as well as those of his other colleagues, and according to this, the type of sanction that will be given to the company will be established. hired him.

The agency also delved into the issue of payment to civil construction workers. As specified, Remuneration in this regime is received on a daily basis (per day), depending on whether they are workers, officers or laborers.

“These amounts are increased over time through collective agreements in the civil construction branch, which are signed between the Peruvian Chamber of Construction (Capeco) and the Federation of Construction Workers of Peru (FTCCP),” he explained.

The labor inspections constitute the main work of Sunafil, so a few months ago they gave details on how many were carried out so far this year, with what results and which were the most controlled matters.

At the national level, SUNAFIL reports between January and March of this year 19,235 labor inspections already completed and another 19,551 still in process. Those already completed reached 480,103 workers. 65.54% (12,607) originated from complaints, which may have been filed by any company, including of course the workers themselves and union organizations. The remaining 34.46% (6,628) of the labor inspections were carried out at the initiative of SUNAFIL in different operations throughout the country.

The National Superintendence of Labor Inspection (SUNAFIL) It is the entity of the Peruvian State that fulfills the commitment to guarantee respect for the rights of workers, which is why it is the one you should turn to in case you have a problem with the hiring company.

If you are a victim of the lack of timely payment of your remuneration or other types of payment that correspond to you and which you are not receiving, you can file your complaint at the regional offices of Sunfil or make virtual complaints by entering www.gob.pe/sunafil.

Labor inspection of Sunafil in Peru, what should be improved?
Sunafil: Workers who work 28 and 29 must receive triple payment for their days
Gratuity for National Holidays 2022: what to do if the company does not comply with the payment on time?