Magdalena teachers are being threatened by paramilitary groups 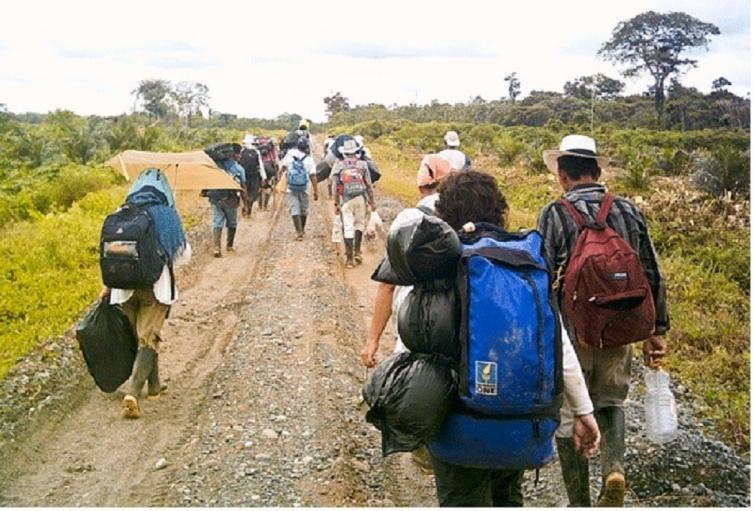 The tense situation in the department of Magdalena has caused families to flee due to the clashes. Some schools will return to virtuality. Photo taken from Luis Fernando Lara’s Twitter.

Teachers are the recent target of paramilitaries operating in Magdalena, especially in the foothills of the Sierra Nevada de Santa Marta. This union is receiving messages through social networks, calls and finding pamphlets on the street in which they are threatened and demanded to leave the territory.

According to the Magdalena Teachers’ Union (Edumag), the teachers most at risk work in Ciénaga, particularly in the village of Siberia, in the upper part of the Sierra Nevada de Santa Marta. Those responsible would be the Gaitanista Self-Defense Forces of Colombia (AGC), also known as Clan del Golfo, and the Sierra Nevada Conqueror Self-Defense Forces (ACSN). Both groups are fighting in the area to gain territorial control.

“We are concerned about the threats that circulate through WhatsApp audio and also about the graffiti written by groups outside the law, and we have even received information from the teaching staff that they have made checkpoints by the group outside of the law. the law, and they also intimidate the civilian population so that they do not attend academic activities in our educational institutions,” said César Cantillo, director of Edumag, on August 17.

Educators report that a teacher was recently held illegally for a few minutes. The victim was on his way to the Siberia school to dictate cases and on the way they approached him to intimidate him.

Given the threats, Edumag asks that the life and safety of the teachers who work in Magdalena, particularly in Ciénega, be guaranteed. He assures that this “is a situation that is very recurrent.”

It must be remembered that different social leaders in the department are raising serious alerts about the return of the paramilitaries to the area. The Clan del Golfo and Los Pachenca are holding armed confrontations in rural communities, especially those close to the Sierra Nevada de Santa Marta to keep spaces for illicit crops and routes to take out drugs.

In Palmor de la Sierra, another corregimiento attached to Ciénaga, citizens are confined on behalf of the narco-paramilitary group. The criminals are preventing the population from carrying out their daily activities; adults can’t go out to work, children can’t go to school, and shops are closed.

In the village of Jonolura, also attached to Ciénaga, on August 15 combats between paramilitaries were reported.

Previous days in the municipality of Fundación criminal actions against the population were also reported. On August 12, gunmen murdered a young pregnant woman and her brother. Despite the intervention of the doctors, none of the adults was saved and the baby did not survive either.

There is concern because the paramilitaries and the guerrillas are gaining ground throughout the Caribbean. In Guajira, Bolívar, Magdalena and Atlántico different groups are intimidating the population and so far in August the criminals have reinforced their criminal actions.

In Bolívar, for example, problems are reported mainly in the south. In the municipality of San Pablo, it is reported that the Clan del Golfo decreed an armed strike; and in Santa Rosa del Sur, Arenal del Sur, Montecristo and Morales, that same structure is clashing with the National Liberation Army (ELN) for control of the territory.

For their part, in Atlántico, bus drivers and merchants assure that the Rastrojos Costeños continue to call them to extort money.

Nairo Quintana was sanctioned by the UCI: due to tramadol in his blood they took sixth place in the Tour de France
Gustavo Petro took office this Wednesday two new ministers: Justice and Sciences, only Communications is missing