Electricity, gas and water rates: users who lose subsidies will have increases of between 56 and 150 percent 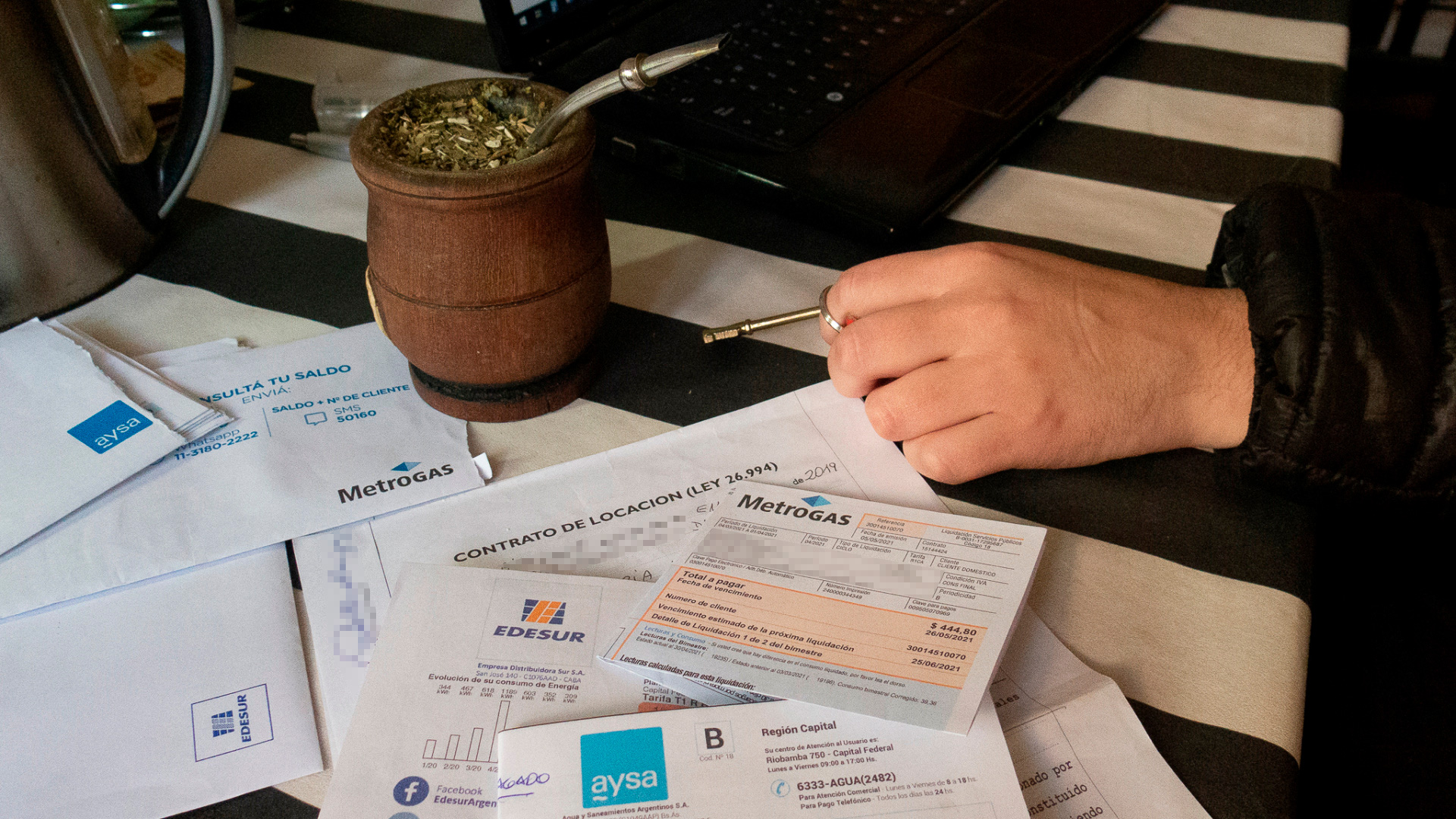 The removal of subsidies will be gradual for users of gas, electricity and water (Photo by Gustavo Gavotti / Infobae)

The Government announced on Tuesday the new scheme for the gradual removal of subsidies that will have the rates of electricity, gas and water services in the coming months. According to the average consumption for each service, gas users with higher incomes, who will no longer receive subsidies, will have an increase of 88% by January 2023. In the case of electricity, the average increases for the highest segment will be 56% (for an Edesur client that consumes 300 kWh per month). In the case of water, the tariff without subsidies will represent an increase of 150% by June 2023when the final stage is completed.

Level 3: middle-income users, who maintain the subsidies, but with a consumption cap (variable depending on the area). There are about 3.4 million users (38%) of the 9 million who signed up for the form.

Level 2: users with lower incomes or beneficiaries of the social rate, who will not have increases in their bills. There are 5 million users (56.7% of those registered).

– In the case of gas service, users with higher incomes (Level 1) will have a gradual removal of subsidies. For average consumption, the bill without subsidies will go from $1,650 to $3,105, an increase of 88%. The increases will be gradual in September and November 2022 and in January 2023.

– Medium-income users (Level 3) will maintain the subsidized rate but with a consumption cap. If that limit is exceeded, they will pay the unsubsidized rate for excess consumption. The consumption limits will be determined by the Ministry of Energy according to the average consumption of each area of ​​the country, the different distribution companies and the category of each user (there are eight and range from R1 to R3-4).

The cap will be 70% of the average consumption of each region. For example, for the city of Buenos Aires and an area of ​​the GBA where the Metrogas company operates, the cap will be 403 cubic meters per year for R2-1 users. The Secretary of Energy is working on the assembly of a grid with monthly caps for each type of user.

In this case, only users who exceed the monthly cap will have a raise. The official estimate for average consumption above the cap is for the bill to go from $1,650 to $2,146 by January 2023, an increase of 30%.

– Lower income users (Level 2) will not have increases. 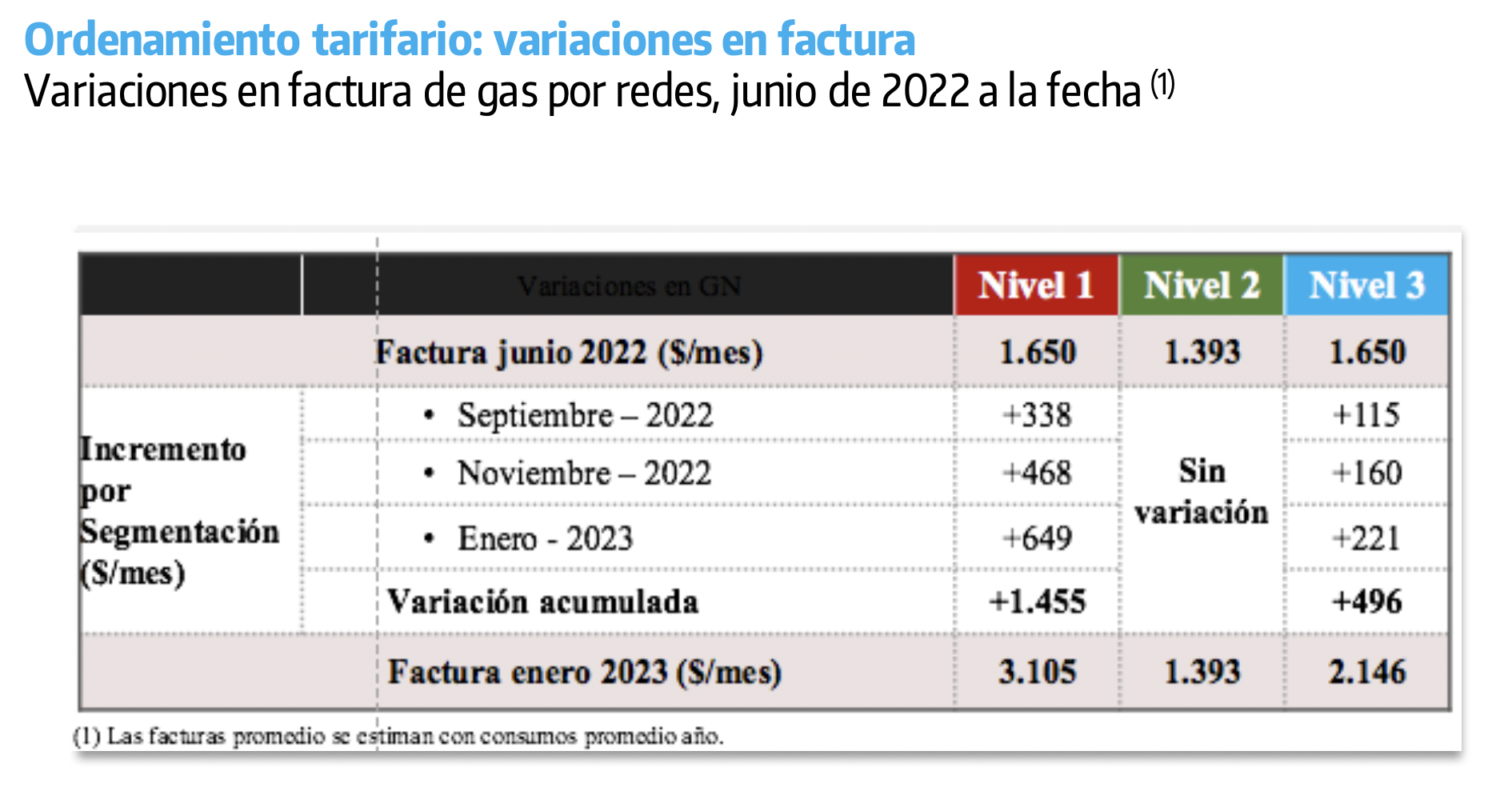 – In the case of electrical energy, the average consumption of 300 kWh per month of an Edesur user, in the AMBA, with high incomes (Level 1) was taken as an example, who will have an increase of 56% when they stop receiving subsidies: your bill will go from $1,467 per month to $2,285 per month.

Other examples for the same average consumption:

– Medium-income users (Level 2), meanwhile, maintain the subsidies and will have increases only if they exceed the consumption limits. In that case, the limit is 400 kWh per household and is extended to 550 kWh per hour in the case of localities that do not have natural gas through networks.

– Lower income users (Level 2) will not have increases. 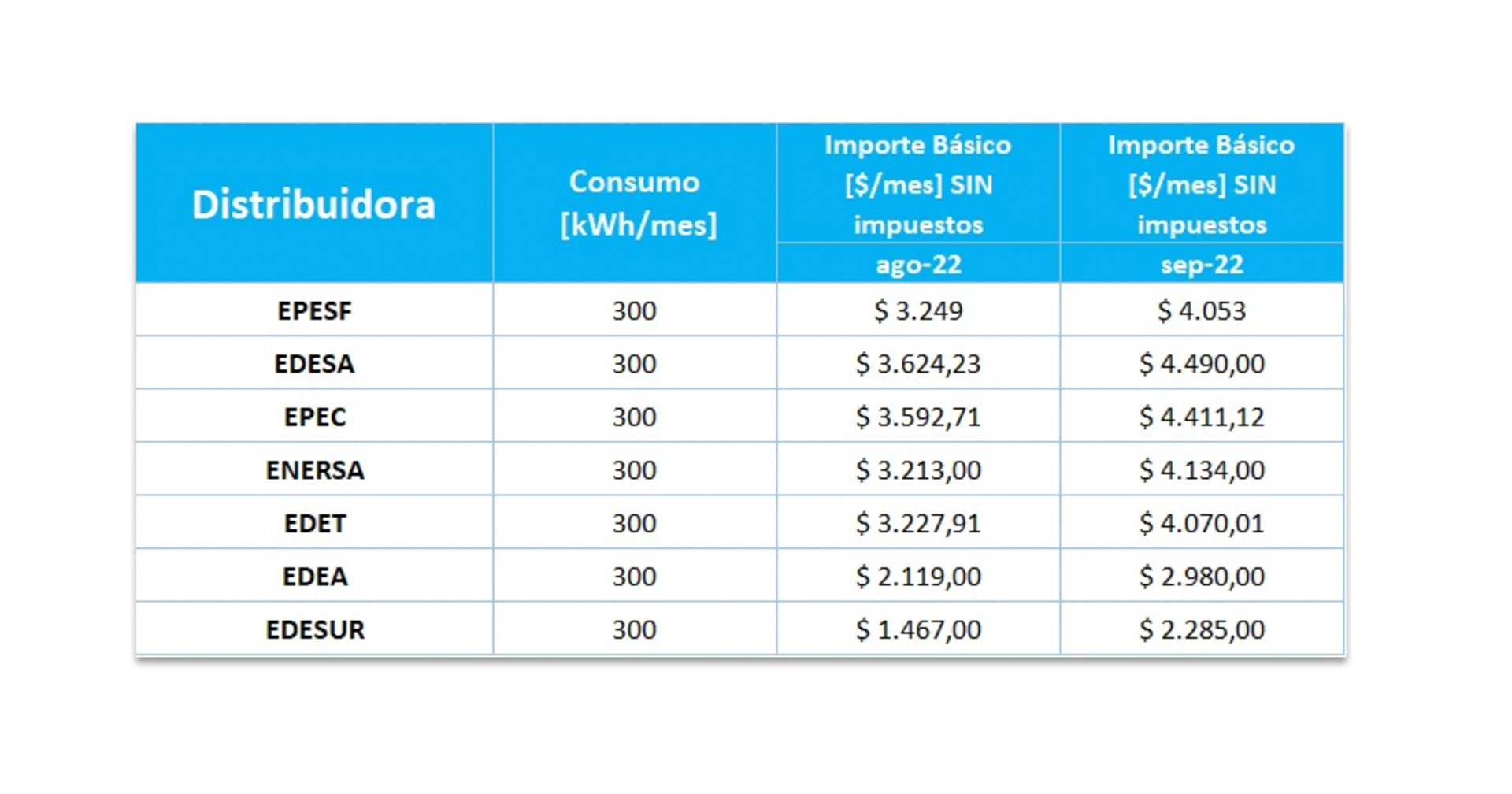 Unlike gas and electricity services, the removal of subsidies for the water rate will be made according to the location of the address where the service is received. Currently, water rates are already differentiated by zones with different values.

The removal of subsidies will be in stages, and when the process ends, in June 2023, lower-income users will maintain a 15% subsidy. Users who already have a social and community rate will be exempt from segmentation and will not lose the benefit.

– As of November, residential users and vacant land located in areas classified as “high” income will lose subsidies (neighborhoods and gated communities are included). An average bill of $841 will pay $2,099 in June 2023, an increase of 149.5%.

According to information from the company, 15% of users (about 532,000 households) will become the high level. While the average level will group 27% of users (about 997,000). The majority of users, meanwhile, will be grouped within the lower-income sector, which will make up 49% of the total (about 1.8 million).

Households that cannot afford to pay the full rate will be able to access two benefits. On the one hand, the current social rate program for the most vulnerable sectors is maintained: it includes single-person households with a net income of less than two minimum pensions ($86,630 as of September 2022). In the case of households with more than one member, an additional income equivalent to a minimum pension is added for each member. In these cases, the maximum amount will be $216,575 in September.

In addition, a registry will be created for residential users located in areas classified as “high” or “medium” who do not meet the social tariff requirements but ask to keep a part of their bill with a subsidy. It will cover households with a net income of less than two basic baskets, with a Housing Certificate (ReNaBaP), where there is a community dining room or picnic area or at least one member has a disability certificate.

Subsidies: the Government calculates that the new scheme with consumption caps will triple the savings of the “Guzmán model”
Companies analyze the possibility of going to court for the new advance payment of Earnings
Four factors that collapsed the reserves of the BCRA despite the fact that it stopped selling dollars in the market