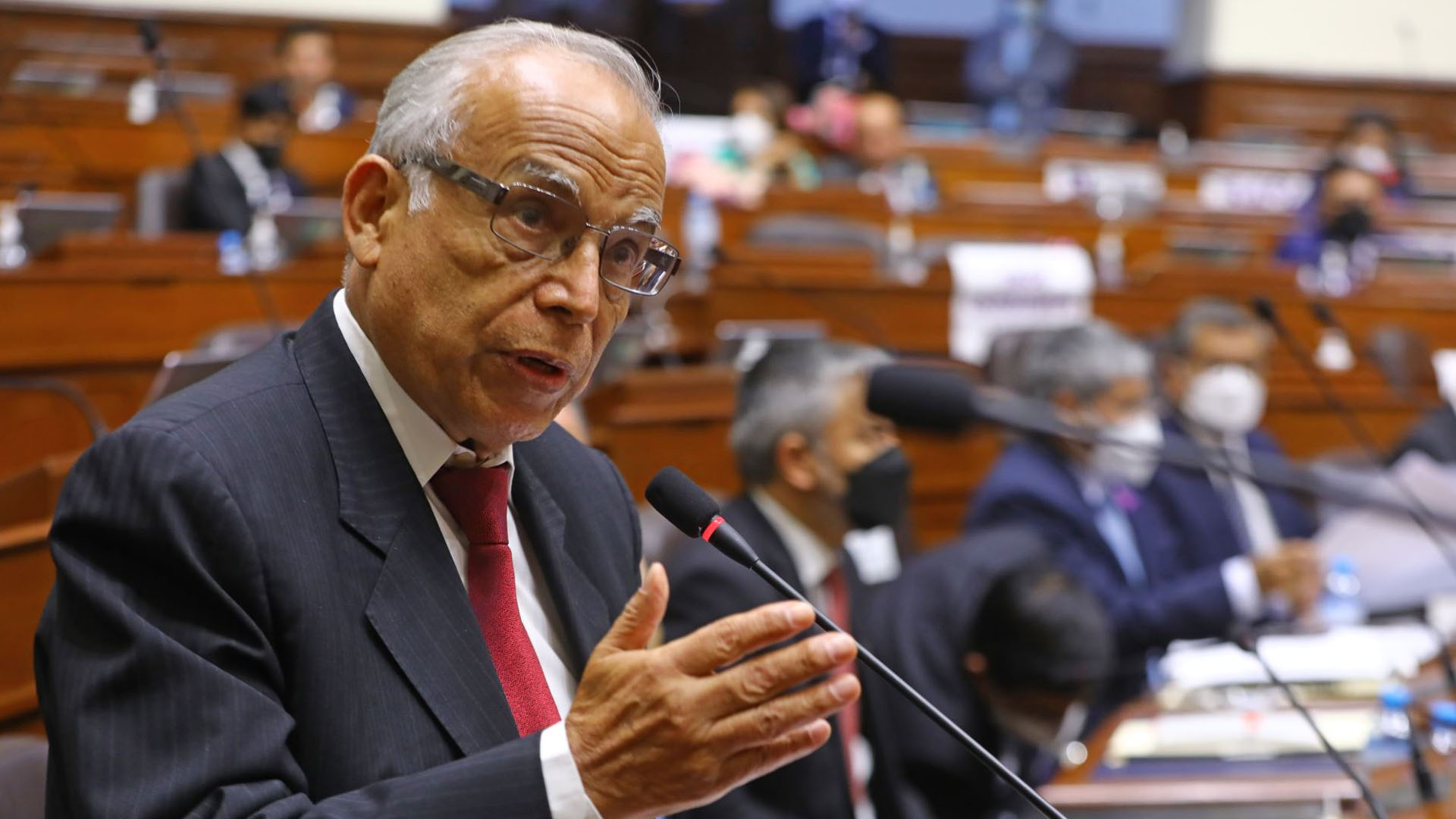 They debate the invitation of Aníbal Torres to Parliament.

19:17 The Popular Action congressman, Edwin Martinez, urged the Executive and Legislative Branches to work together at once: “While the president and the premier have their minds blinded to the coup and to victimizing themselves, they will never think about economic development. And if Congress only spends its time beating up the Executive, it won’t work for development either. I ask both powers to work together”, he pointed out.

19:15 The legislator of Peru Libre, Victor Cutipa, asked his colleagues in plenary to turn the page. “The premier is referring to the coup plotters. At no time has he referred to congressmen or the opposition. I don’t think there are coup plotters here. I think it’s time to turn the page,” he said.

19:11 The congressman of the Alliance for Progress, Robert Chibra, He called what Torres Vásquez previously said irresponsible. “He tries to disqualify the institutions, insults people, incites people. This can generate a social explosion. It is unfortunate that they ask from the Government Palace the closure of Congress. He asks that each of the ronderos bring 50 people to come to get us out and establish a new Constitution. That is totally irresponsible.”

19:09 The parliamentarian of Popular Renewal, Jose Cueto, asked the president of the Legislature to go to the vote once and for all. “We invited the premier because he is stirring up the people. Mr. Torres is guilty with his verbal outburst. He wants us to face each other among all Peruvians. He wants dialogue but does not give it. They only put on a show in front of the cameras and the only one who is to blame for all this here is Mr. Torres. It is the last straw that we are in this plan, ”she stated.

19:07 The Popular Force congressman, Fernando Guerra, made it clear that he is not a “coupist”. “There is no coup here, Mr. Congressman. I am not a coup leader and no one here is a coup leader. Analyze his brain. Here we are democrats, ”he replied, alluding to the intervention of his colleague from Peru Libre, Alex Flowers.

At almost 7 p.m., the debate began on whether or not to invite the President of the Council of Ministers, Hannibal Torresimmediately to the Congress of the Republic so that it responds to his recent statements in which he called on social organizations to take violent action against the opposition in Parliament.

“It is unfortunate to have to listen, we already know the premier who is characterized by this type of non-peaceful speech. I think it has been an outburst to have reached the limit of calling these marches and inciting the population so that they come practically to attack Congress,” said the head of the Legislature, Lady Camones.

As is recalled, on August 11, the premier urged the leaders of various social organizations, who were at the Government Palace, to mobilize towards the city of Lima to bring the “coup plotters” to their knees and implement a new Political constitution.