CFE launched its mobile phone service with internet: how much it costs, how to hire it, points of sale and coverage

The Federal electricity commission (CFE) launched its own virtual mobile operator (OMV) through its subsidiary Telecommunications and Internet for All (TEIT), where it offers internet and telephone services without “forced plans” and “national coverage”, as can be read in its Official site.

CFE TEIT is a public company that was created in 2019 to enforce the promise of the president of Mexico, Andrés Manuel López Obrador (AMLO) to connect the entire Mexican Republic with the internet, proposal that is sought to be carried out through the infrastructure of Altán Redes.

“I had a meeting to definitively resolve the internet issue, so that there is a signal throughout the country”, the Mexican president recently asserted on August 10 during his morning press conference from the Treasury Room of the National Palace.

To hire the packages launched by the CFE, they can be seen on a map where the service centers will be shown (Photo: CFE)

The goal that AMLO set is that by the first half of 2023, electricians have placed 2,500 antennas to reach the most remote points in Mexico.

One of the questions that has arisen among various users is the coverage that the service will be able to achieve, however, the company points out that “the network covers the need for connectivity at the national levelreducing the digital divide between disconnected communities and bringing quality communications to every corner of the country”, can be read

Through its official website, the CFE points out that to acquire one of its plans, users can go to the 47 points of sale distributed in 13 states of the Republic through the branches of Telecomunicaciones de México (Telecomm) and which can be consulted through a map found on the site. 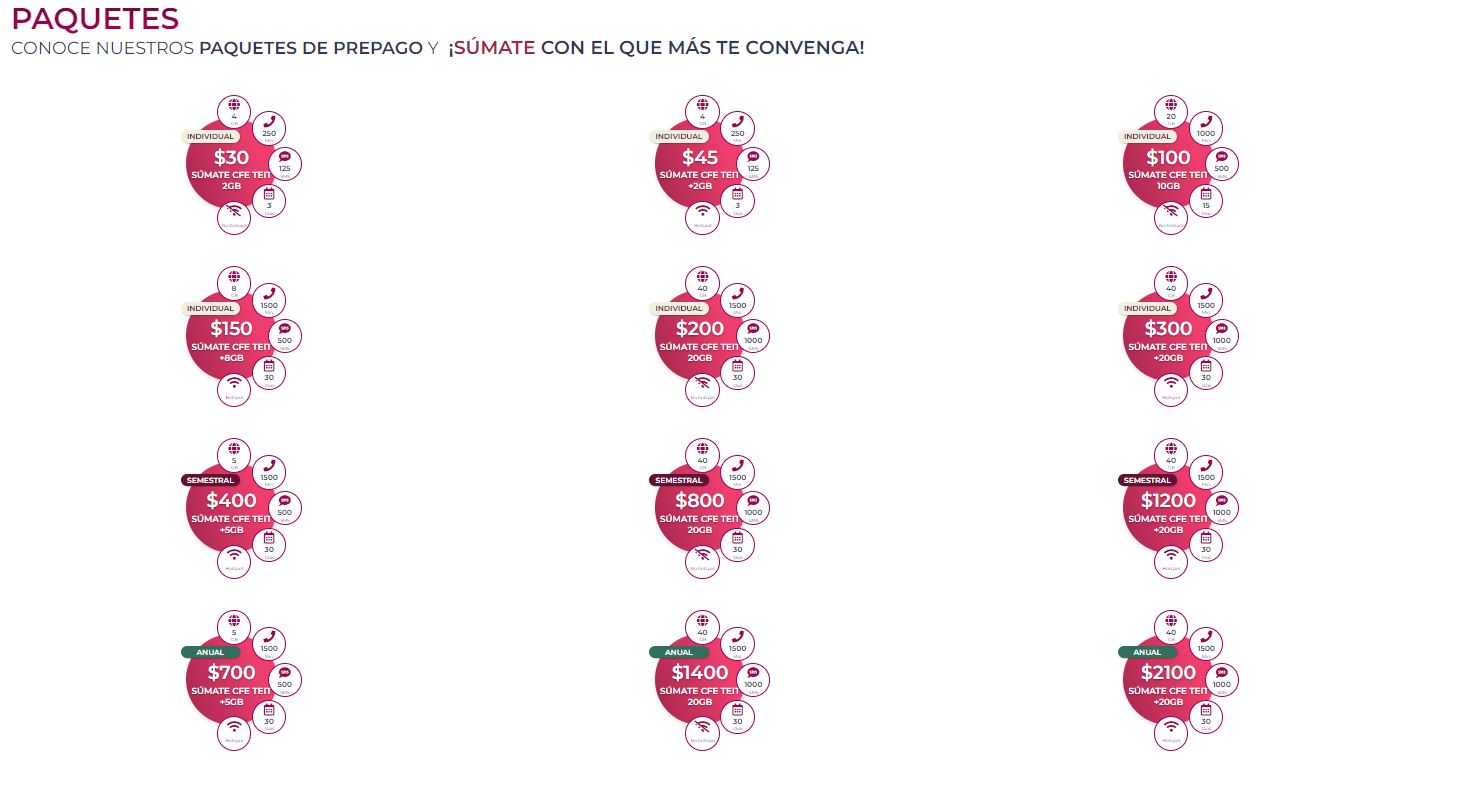 Likewise, the CFE launched various Payment Methods through cards Visa, MasterCard or American Express. In addition, for people who wish to make cash payments, they can do it in telegraphs.

The portal offers the following individual, semi-annual and annual internet and telephony packages.

The CFE generates 17% of the carbon dioxide in the country, denounced México Evalúa
Trapped miners: the PAN blamed the CFE for the terrible working conditions in the coal mines
Manuel Bartlett and the millionaire coal business in Coahuila, according to Loret de Mola