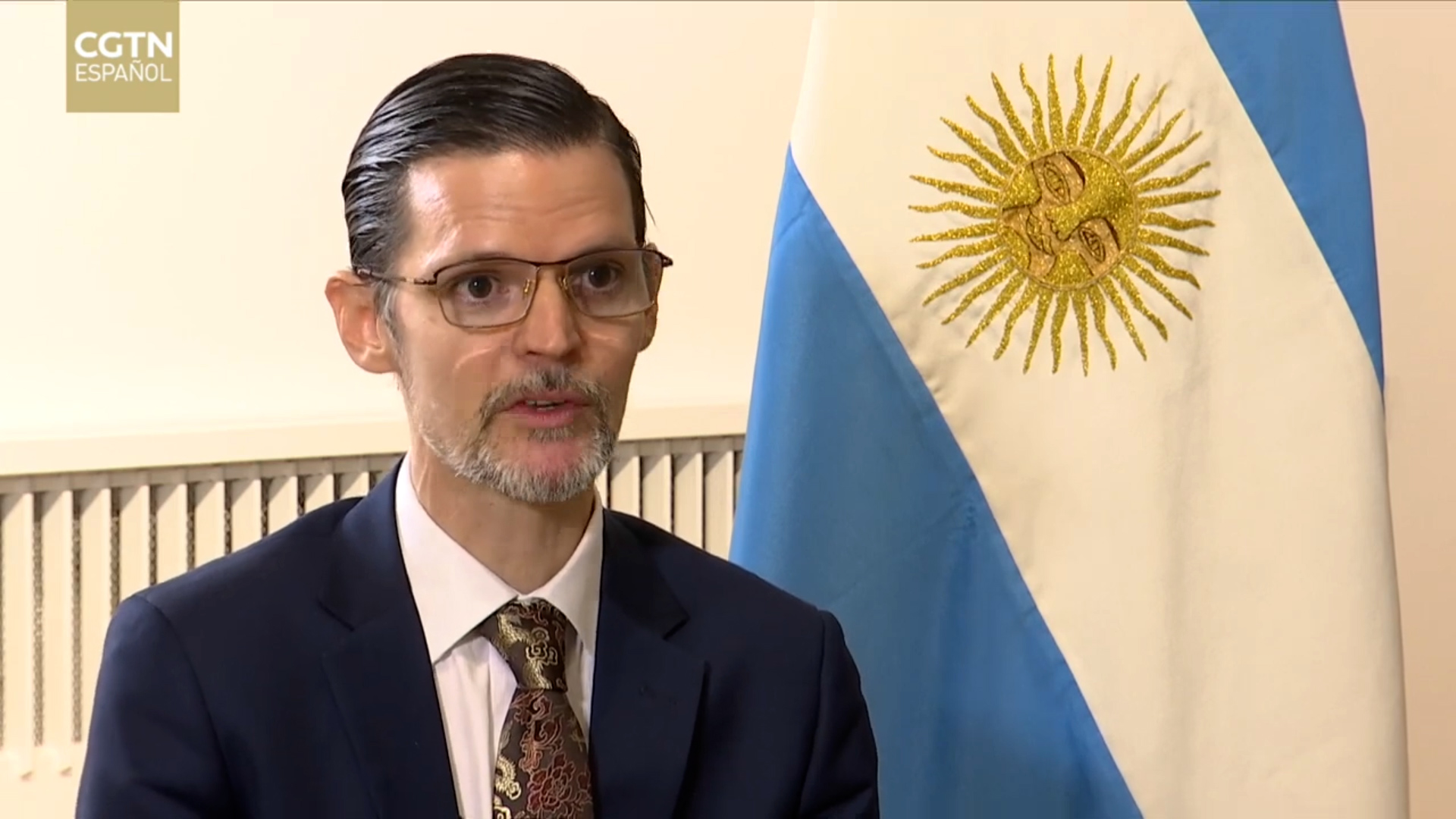 The Argentine ambassador to China, Sabino Vaca Narvajaonce again expressed his admiration for the results and the idiosyncrasies of the political regime headed by President Xi Jinpingand reproached those who “demonize communism” by stating that it is “revive the misconceptions of the Cold War”.

“Under the leadership of the (Chinese Communist Party) CCP, China’s economic and social development in the past decade has been admirable.”, said the official, when analyzing the experience of the Asian giant.

The Chinese Communist Party has been in power since 1949 and is responsible for all the massacres and persecutions that have occurred in China in the last 73 years. Vaca Narvaja avoided mentioning the death by hunger of 45 million Chinese in the middle of the last century. She, too, did not speak of the clandestine executions ordered by Mao. In a report to the international media Global Timesthe diplomat highlighted the country’s technological advances and poverty reduction policies.

“China has been at the forefront of the world in electronic communications, 5G and other fields. Aircraft carrier development has made progress and it has also made progress in the field of aviation”, he remarked. And he appreciated China’s efforts in poverty alleviation. “It is an extremely positive thing to lift hundreds of millions of people out of absolute povertywhich is not only of great importance to China, but also a great contribution to the world,” he said.

In a new declaration of ideological alignment with Chinese politics, Sabino Vaca Narvaja ratified his view of the PCCh system of government, a declared enemy of the United States and of the Democratic administration of Joe Biden. Days ago, the ambassador described as “provocation” the official tour that Nancy Pelosihead of the United States House of Representatives – made Taiwan, positioning himself in the conflict between the two superpowers.

The diplomat, whose main political terminal is at the Patria Institute, which answers to Vice President Cristina Kirchner, has the total trust of Alberto Fernández since he managed to get Xi Jinping to accept the renewal of a Chinese swap for 8.5 billion dollars that still make up the Central Bank reserves and obtaining Sinopharm vaccines in the midst of a pandemic. That’s why, Vaca Narvaja has his own back to talk about China without consulting Alberto Fernández and his formal boss, Foreign Minister Santiago Cafiero.

During the report published today, Sabino Vaca Narvaja spoke positively about the difficulties of the Chinese development model, which were resolved over time.

“I see the great determination of the Chinese government and President Xi to reduce inequality and address the imbalance of development. The development always creates a gap between rich and poor, but China is working very hard to bridge it. This is very significant“, said. Furthermore, he called Xi Jinping a “very kind, enthusiastic and knowledgeable person” whom he met several times before. 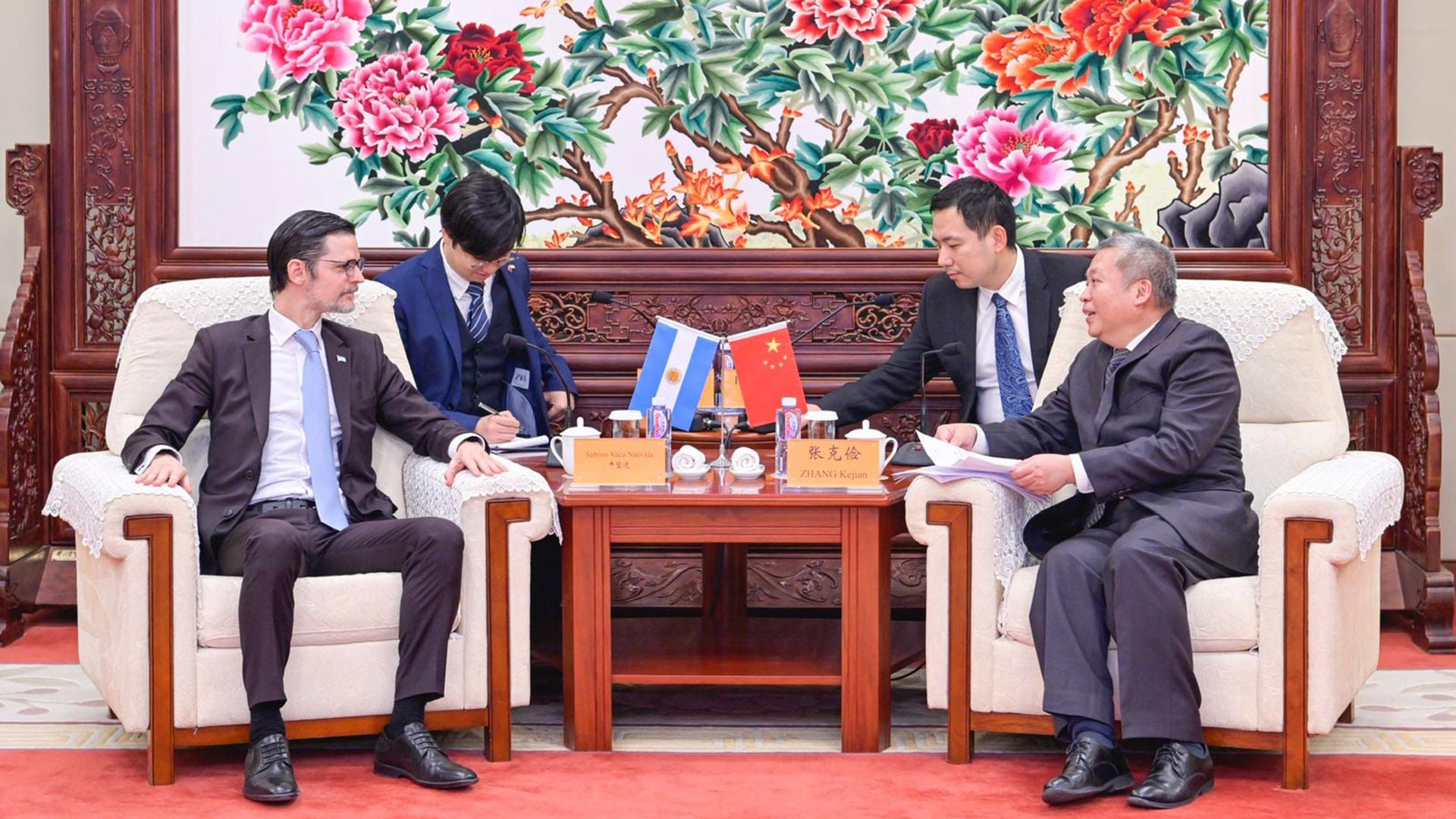 An official activity of Ambassador Sabino Vaca Narvaja in China with the Vice Minister of Industry and Technology, Zhang Kejia

Praise for communism and the origin of its Chinese name

Sabino Vaca Narvaja was born in Cuba, where he spent his childhood before returning to Argentina after finishing elementary school. He said that from that experience he was able to live directly the social and political conditions of the socialist countries.

“Long before I came to China as an ambassador, I began to investigate this Eastern country. I am particularly interested in how the country has made such wonderful achievements in such a short time, especially since the CCP came to power in China.”, he acknowledged. And he added: “I am very interested in how China integrates its own theories with Marxism, which is what you call the ‘sinicization of Marxism’.‘”. 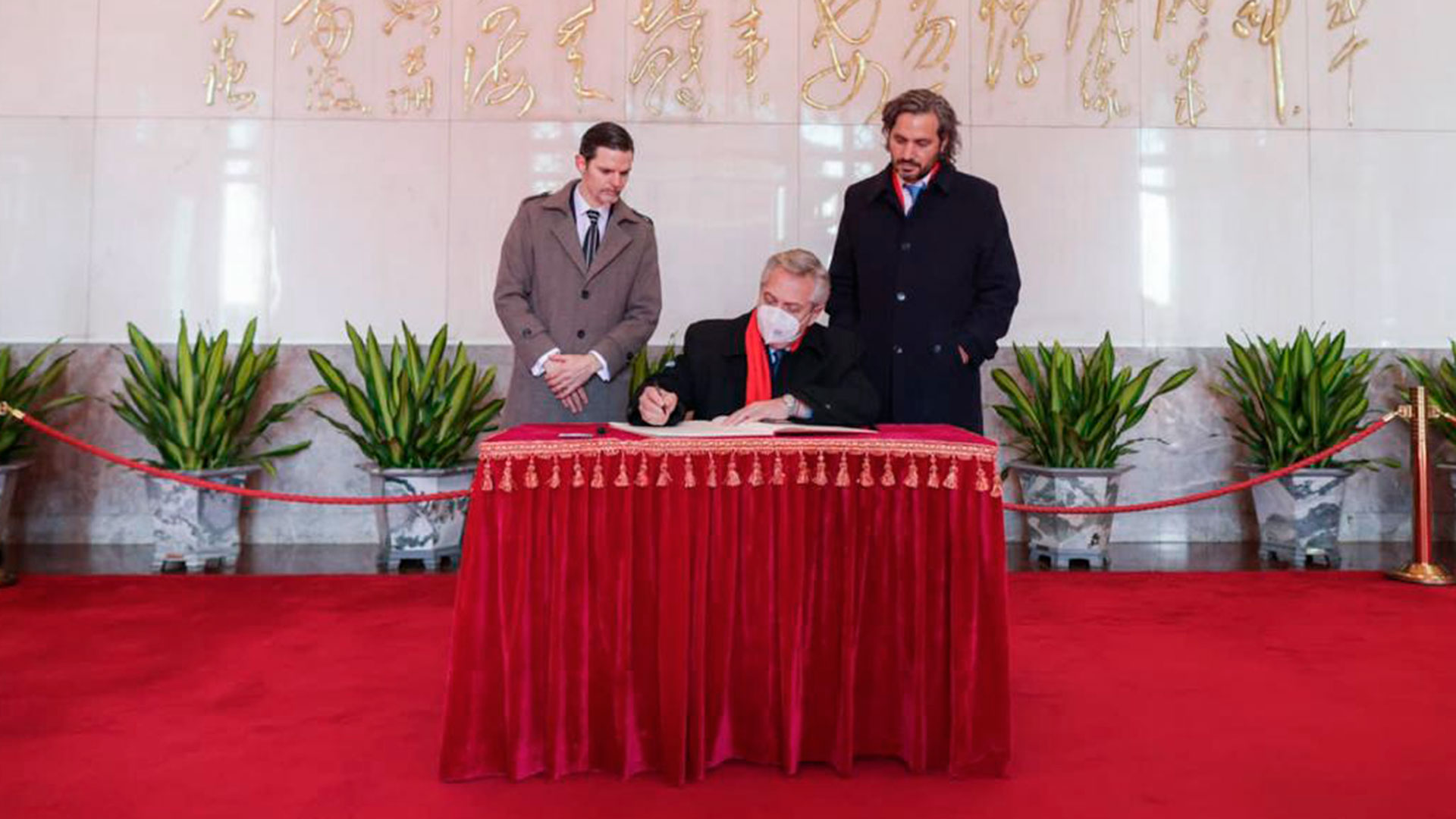 “I am particularly interested in how the country has made such wonderful achievements in such a short time, especially since the CCP came to power in China,” said Sabino Vaca Narvaja.

From his point of view, the ambassador pointed out that it is a mistake to think that a certain development model can be used universallyand that the “models” are determined by the very history of that country and its people.

“Demonizing communism is essentially reviving the misconceptions of the Cold War, which artificially divided the world into ‘good’ and ‘bad’. It is frankly wrong and is generating conflicts”, stated the official. “For human beings, there is nothing better than diversity. We must respect the different political and organizational forms of the different countries. Only then will the world be more diverse and people’s minds richer.”

Vaca Narvaja referred to the name he adopted to move in that country: Niu Wangdao. She chose it to express a gesture of friendship, since she had noticed that many Chinese immigrants in Latin America gave themselves a name in Spanish to facilitate communication with the locals. Thus, the choice of the name responds to Chen Wangdao, the first person who translated “The Communist Manifesto” into Chinese, the famous theoretical document by Karl Marx and Frederick Engels.

According to Narvaja, “Wangdao” also has the meaning of “focus on the road ahead”, which also coincides with his interest in exploring the development paths of various countries.

Statements by Sabino Vaca Narvaja on the conflict with Taiwan

In addition, the ambassador insisted that one of the things that most impressed him in China was the moment he heard the song “Without the Communist Party, there would be no new China.”, during a ceremony commemorating the centenary of the founding of the CPC in 2021.

“I especially like this line of lyrics, because it explains why China has achieved unprecedented achievements in human history and why China has changed from a feudal society to an advanced country”, he defined.

Narvaja pronounced the lyrics of the song in front of Xi Jinping himself, in an official act during the tour of President Alberto Fernández. The event transcended and had a political echo in Argentina.

“He smiled at me very happily. I was also very happy because I expressed my truest feelingss”, he recalled about that moment and the reaction of the Chinese leader.