With a triplet and a great performance by Marcos Riquelme, Always Ready thrashed Blooming 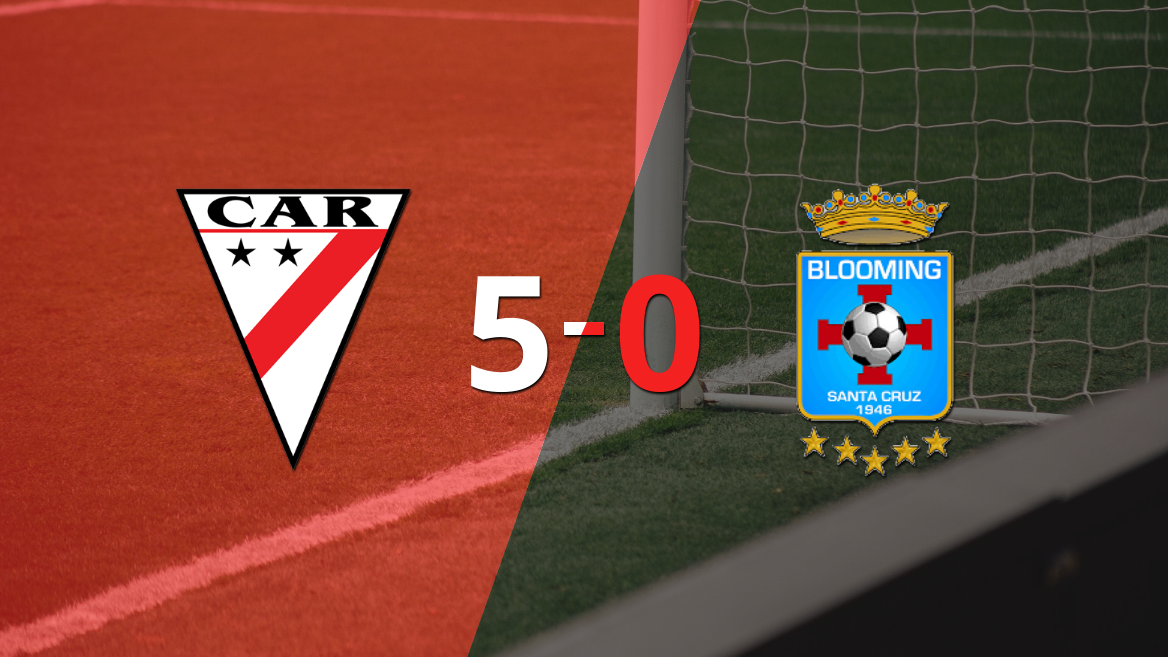 Always Ready striker Marcos Riquelme excelled in the 5-0 win that his team gave Blooming in Gigante del Norte on Monday. The goals of the match for the locals were scored by Marcos Riquelme who converted a Hat-Trick (1′ 1T, 14′ 1T and 11′ 2T), Carmelo Algarañaz (24′ 1T) and Rodrigo Ramallo (4′ 2T).

Always Ready was close to twisting the result with two shots by Carmelo Algarañaz that hit the post.

The figure of the match was Marcos Riquelme. The Always Ready striker showed his best level by scoring 3 goals and shooting 3 times to the opposite goal.

Carmelo Algarañaz was another of the outstanding players. The Always Ready striker showed his best level by scoring 1 goal and shooting 4 times to the opposite goal.

Several infractions in the middle of the field forced to cut the rhythm of the game. There were 3 cautioned: Fernando Arismendi, Gustavo Cristaldo and Samuel Garzón.

For their part, those chosen by Néstor Clausen took to the field of play with a 5-3-2 scheme with José Peñarrieta under the three sticks; Julio Herrera, José María Carrasco, Darlan, Abraham Cabrera and Denilson Duran in defense; Richard Spenhay, Erwin Sánchez and Rafinha in midfield; and Fernando Arismendi and Jefferson Tavares up front.

Gery Vargas Carreño was appointed as the main referee of the match at Gigante del Norte.

On the following day Always Ready will face Palmaflor as a visitor and Blooming will play the local game against Guabirá.

With this result, the host accumulates 22 points throughout the contest and ranks second. For its part, the visit adds 11 units and is located in the twelfth place.