Video: man was left unconscious after the brutal attack of a security guard at a nightclub in Bucaramanga 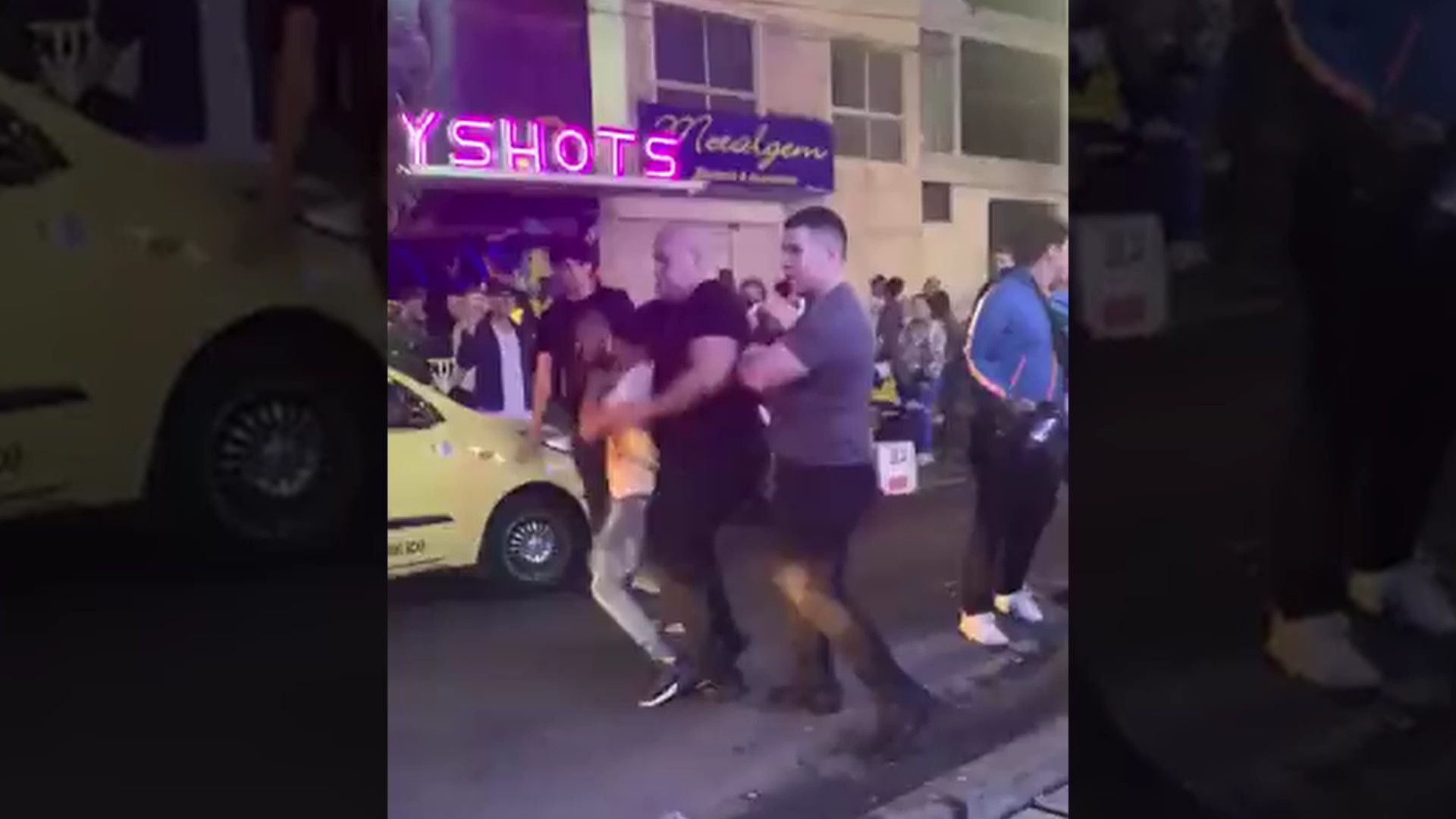 The man, in apparent exaltation, was slammed to the ground by the guard of a ‘Cuadra Play’ nightclub. Photo: Screenshot

In an amateur video, the brutal aggression of which a young man was the victim in Bucaramanga (Santander) was recorded. after it was smashed to the ground by a security guard at a nightclub in the rumba sector of that city known as ‘Cuadra Play’ or ‘Cuadra Picha’.

The recording was made known this weekend, after the affected person, who was in an apparent state of exaltation he is grabbed by a person in charge of surveillance of an establishment in the area so that he would not continue with his aggressive behavior, who subdues him for a few seconds and later releases him, so that

Nevertheless, the boy gets up and gets excited again, before the situation another guard knocks him down and then, taking advantage of his size that surpassed that of the attacked, picks him up and crashes him violently against the floor, which causes the affected person to become completely unconscious.

“He killed him, he killed him,” shouted an impressed woman before the violent action, which causes the same aggressor tried to pick him up with the hope that the boy would react, however, the victim was unresponsive.

As reported in the magazine Semana, in that sector of the capital of Santander, control is being lost and the fights in the area are the order of the day, to the point that the same citizens of commune 12 of that city, where the aforementioned party area is located, They have repeatedly requested the intervention of the authorities.

“I call on businessmen to comply with the rules and to citizens to control intoxicating beverages, to tolerance, so that the commercial and residential sectors can coexist in peace,” Melissa Franco, Secretary of the Interior of Bucaramanga, indicated.

A man was left unconscious after being smashed to the ground by a security guard in the Bucaramanga party zone.

While on Caracol Radio, they consulted with one of the administrators of one of the nightclubs in the area, who reiterated that many coexistence problems are occurring on the site.

“A normal day there are six group fights, it causes concern, there are all kinds of injuries. Security cameras are being requested, it is a focus of drug use, young people drink, the police go and take them out and come back, as an action board, we have proposed to recover those areas. The inconveniences between races 33, 34, 35”, he assured.