The mayor of Bogotá, Claudia López, met with the ministers of Defense and Finance 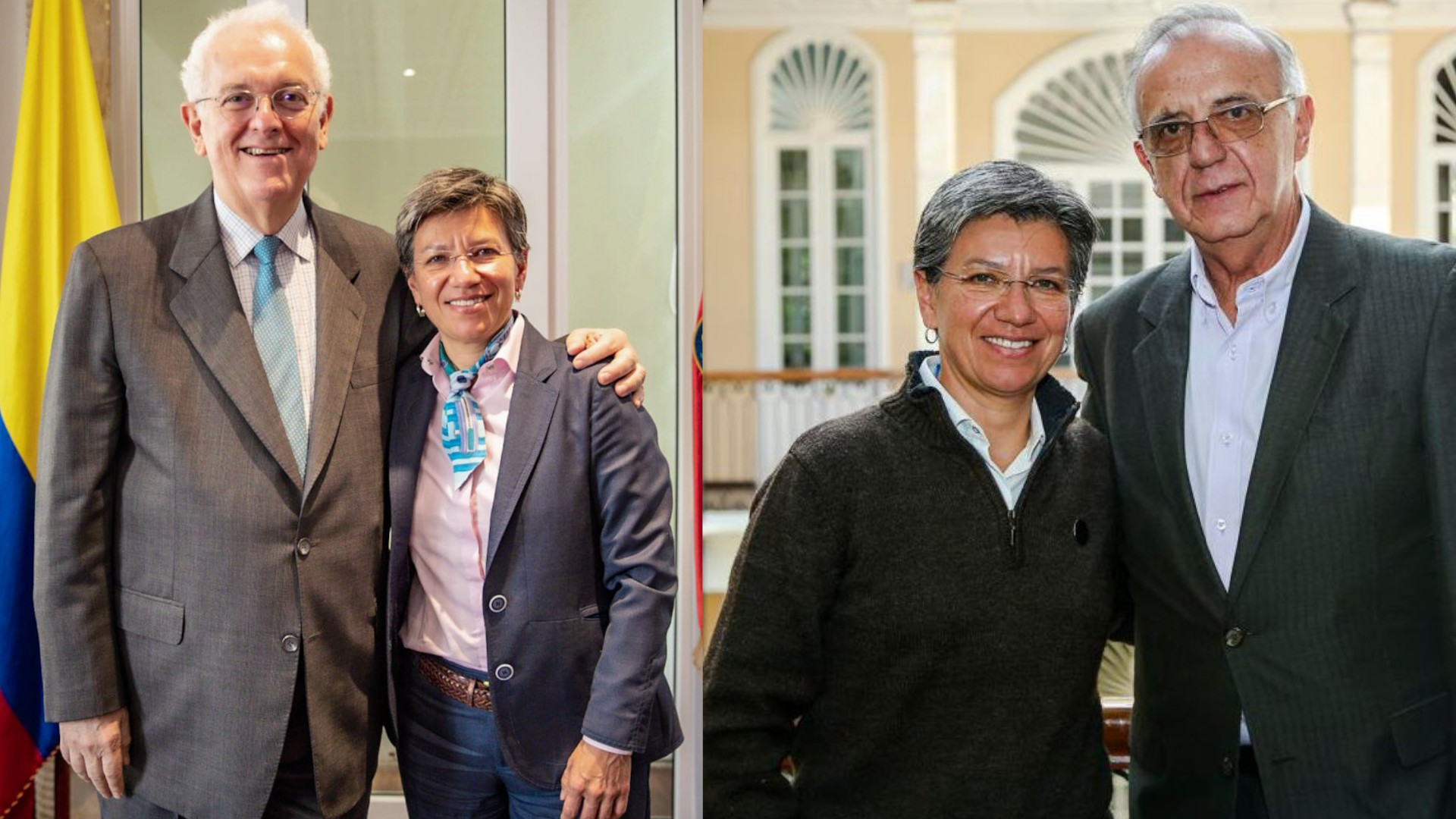 During the past week and the festive bridge, the mayor of Bogotá, Claudia López, held two important meetings with the Ministers of Defense and Finance, in which the local president informed them of the projects for the city, as well as indicating that she will support the reforms planned by this government.

The first of these meetings was with Iván Velásquez, head of Defense, and with the newly appointed director of the National Police, General Henry Armando Sanabria, with whom They worked on security issues, and, in addition, López announced his support for the reforms that they hope to implement in the Colombian public force.

“A pleasure to work (with them). I am sure that with both of us we will continue to improve security, coexistence and justice in our city. We will support them in the structural reforms that are proposed”, the mayor said.

It should be remembered that López was one of the country’s leaders who celebrated the news of Velásquez’s appointment three weeks ago.

“We have shared many battles and we will surely be able to carry out many others this time. Count on me and the Mayor’s Office of Bogotá to achieve citizen, civil and guarantee security “he expressed.

Precisely, One of the critical issues that lies ahead for the remainder of this 2022 will be the transfer of the Police from the Ministry of Defense to the Ministry of the Interior, in which the dissolution of the Mobile Anti-riot Squad (Esmad), a request that has even been made from the Council of Bogotá.

Precisely One of the lobbyists close to the mayor, Diego Cancino, sent a letter to President Gustavo Francisco Petro in which he insisted that this institution that oversees citizen security should respond to the civil political order and not to the military. as well as his riot specialty should go.

“A Ministry of Peace, Citizen Security and Confidence must be created, which guarantees the absence of military discipline, the exercise of essentially preventive functions and ensures and converts the National Police into a civilian body (…) Dismantle Esmad and implement police intervention mechanisms in demonstrations that guarantee the exercise of the fundamental right to protest, prioritizing dialogue”, Cancino indicated in the letter.

The other meeting that the president held with another of the members of President Petro’s cabinet was with José Antonio Ocampo, Minister of Finance, with whom the local president worked on the issues of megaprojects that are underway or will be carried out in Bogotá, the most important: the subway.

“In recent days we also had the pleasure of working with (the head) of the Treasury, bringing him up to date on the co-financing agreements for lines 1 and 2 of the Bogotá Metro,” the mayor trilled.

But also the official pointed out that he has provided proposals in the economic field to the Petro government for the changes it seeks to implement in that matter.

“(And he also learned about) our proposals for the Tax Reform, which we also presented to the President and received his support,” expressed on the same social network.

López had also celebrated, at the time, the appointment of Ocampo as Minister of Finance: “The designation was a great success (…) Guarantee of technical rigor, human and academic quality, and profound and responsible progressivism. The Bogotá and Nación junction team are ready to meet with the new Minister.”

And it is that During her political career, Claudia López has had a close relationship with both Ocampo and Velásquez, as well as the Minister of Justice, Néstor Osuna. Even at the inauguration ceremony of President Petro, the president took a photo with the three members of the cabinet of the new government.

“Three great Colombians, three good friends, and three great responsibilities! All the luck and good energy“, tweeted the mayor along with a photo in which she is with the ministers.

Francia Márquez and her vital attendance at the Petronio Álvarez festival: The most important ‘Afro’ party in Latin America
Colonel Núñez, accused of murdering three young people to present them as members of the ‘Clan del Golfo’, fled to Panama