The luxurious and millionaire life of Fritz Moreno Cossio, leader of a criminal organization that stole luxury cars


Fritz Moreno Cossio and his life of luxury thanks to crime.

Last week the National Police carried out a mega operation in several districts of Lima, to arrest the members of the criminal gang ‘The Gama’ that was dedicated to steal high-end cars. The alleged leader of this organization is Fritz Antonino Moreno Cossio37 years old.

They had a well-organized structure, since they resold cars with cloned license plates, usurping the identity of other cars with similar characteristics. It is estimated that it is about 500 vehicle plates in almost three years.

“They were dedicated to stealing high-end vehicles, BMW, Audi. Volvo that do not go below 80 thousand or 100 thousand dollars. Then they looked for another vehicle with the same characteristics, they took a photo of the filming plate of the second vehicle and through the networks they looked for information on the property card. With this information they sent a supposed representative of the owner to a police station to file the complaint. An accomplice was a retired police officer who provided the organization with complaints, but he died. With the documentation, they put the cars up for sale on social networks, or made them available to other criminal organizations,” said senior prosecutor Jorge Chávez Cotrina. 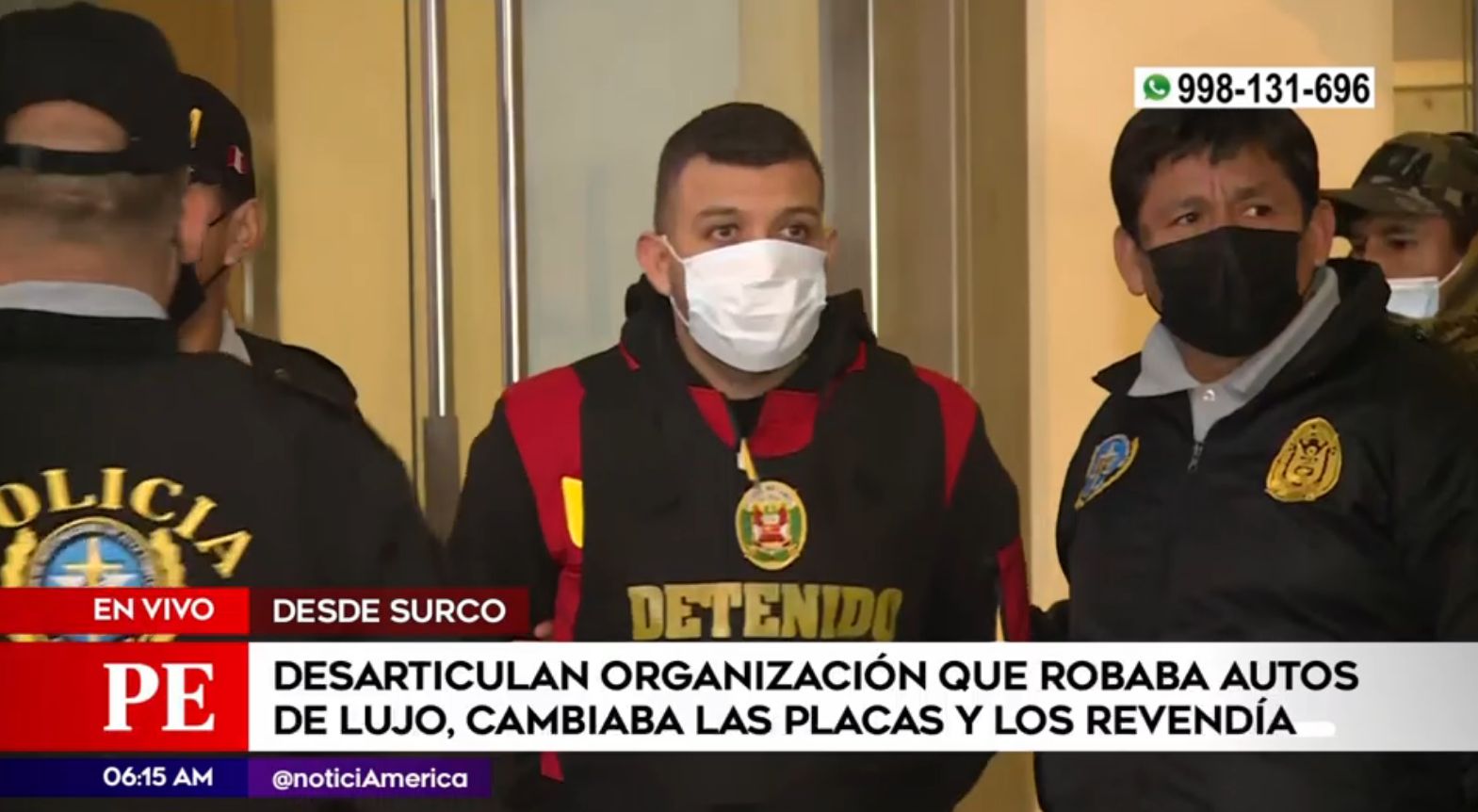 Fritz Moreno Cossio, leader of the criminal organization that steals luxury cars, changed their plates and resold them to criminals

The audios between two members of the band prove that they only “hunted” (stole) high-end cars. They had a structure with 6 processors for duplicate plates and property cards, in addition to three ‘fronts’, who were in charge of offering the stolen vehicles at discounted prices between 15 and 20 thousand dollars. Namely, if they managed to sell 500 cars, their income amounts to about USD10 million.

Thanks to the fortune he amassed, Moreno managed to lead a luxurious life in recent years. For example, at the time of capturing him, Moreno Cossio was arrested in his apartment in an exclusive Surco condominium.

It is said that he liked to give big parties and his favorite cars are from the brand Maserati and Mercedes Benz. Also, it was normal to see him with expensive jewelry and wore Rolex watches.

Since 2019, he has made a series of trips, as indicated by his immigration record. He has visited Colombia, Brazil, Panama, Mexico, Spain and France. Even the Sunday Fourth Power showed images of Moreno in an exclusive box at the Wanda Metropolitano stadium of Atlético de Madrid. 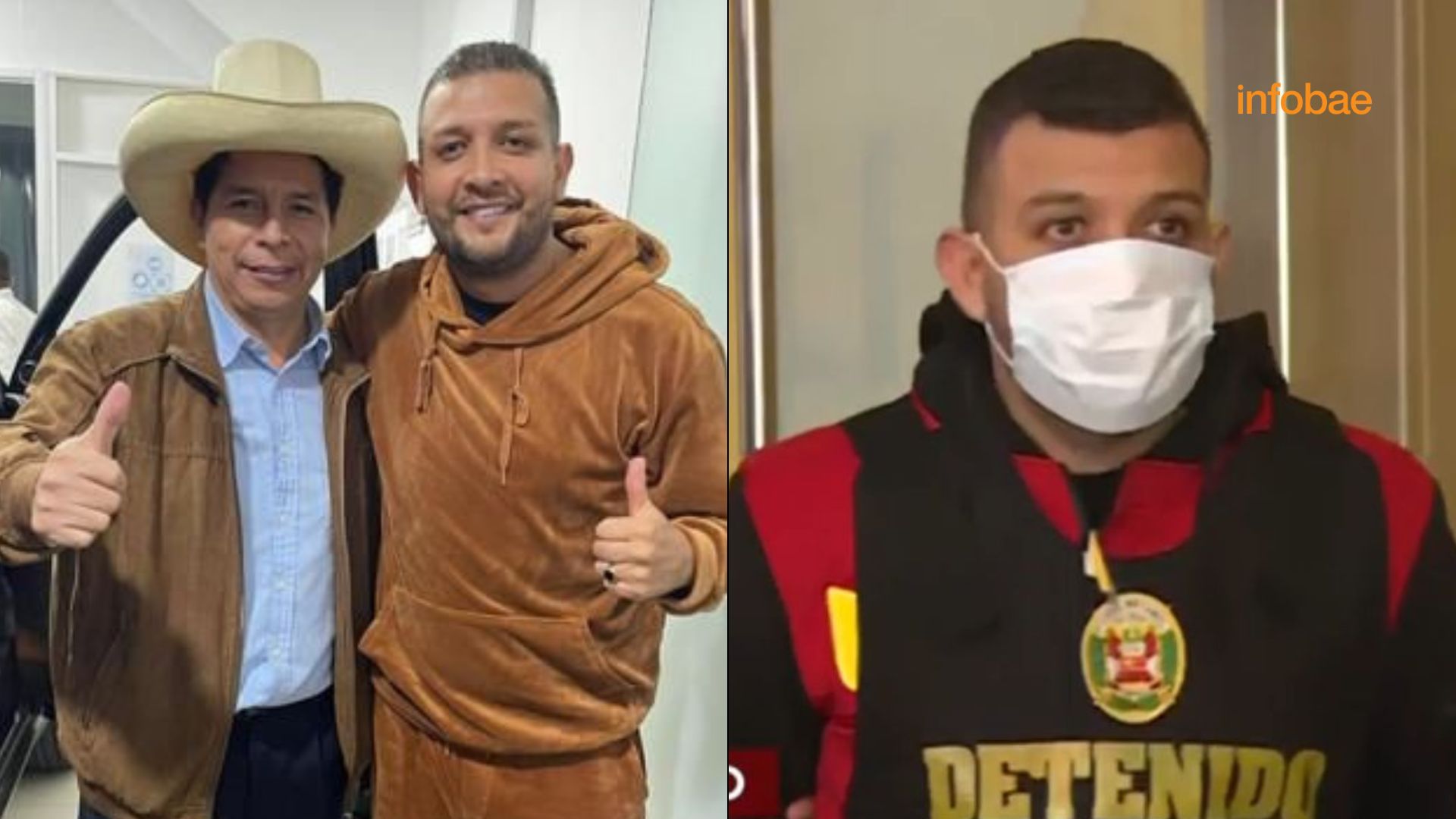 According to the tax investigation, he has no official activity that justifies the large movements of money he made. Therefore, it is necessary to clarify how he financed his trips and the excessive expenses he had.

Fritz has always been a character linked to the world of cars, he worked in a vehicle dealership as a young man, but years later he would appear in the police pages. He called himself an entrepreneur of buying and selling vehicles.

“After several years of a patient and professional intelligence investigation, evidence has been collected to determine the existence of this criminal organization and with all the elements to establish who is who in the organization,” said Chávez Cotrina.

He announced that there are wiretaps and solid evidence that will be presented by the prosecutor after the end of the 15 days of preliminary detention.

Fritz Moreno was in jail twice for illegal possession of weapons, aggravated robbery and injuries. And it is for this reason that he moved every two or three months. In fact, when the police intercepted him, he had his things packed because he was about to move out of the apartment.

He was also involved in the murder of the son of the former mayor of San Juan de Lurigancho, Carlos Burgos. And he reached the big spheres by taking a picture with Pedro Castillo in the controversial house of Sarratea in Breña. Likewise, he would have belonged to the Malditos de Bayóvar.

Trujillo: Sicario confessed that he killed the bus driver ‘Virgen de la Puerta’ for 500 soles
San Juan de Miraflores: They capture a criminal and he cries because his henchman abandoned him
Puno: ‘brands’ assault a merchant and take 94 thousand soles that he withdrew from the bank minutes before