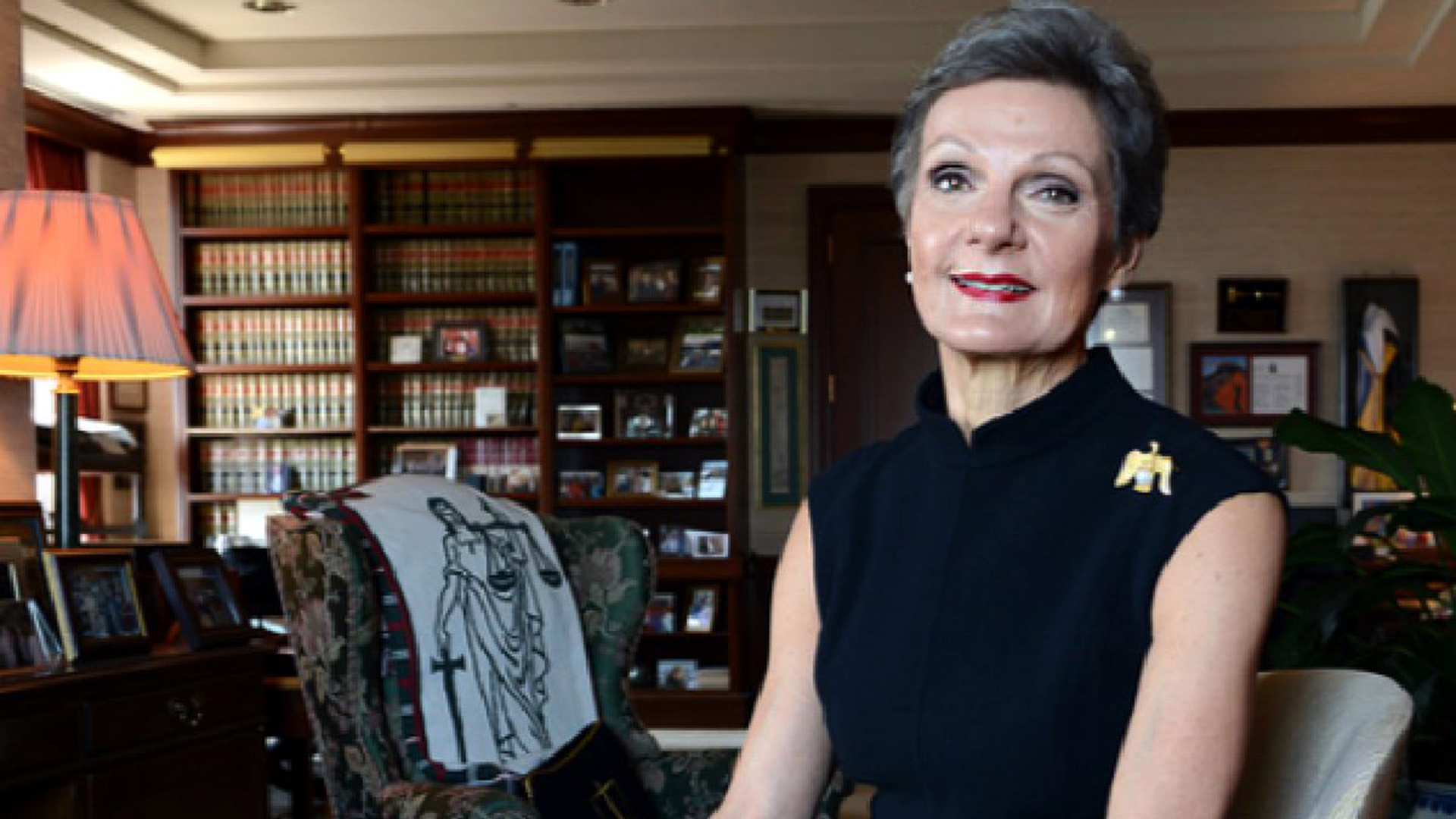 The government agreed to pay $1.93 million to a bondholder in a 2001 debt-default case that had sued in the United States.

In this way, the creditor withdrew from the lawsuit in the last hours, according to the decision known through the debt analyst Sebastian Maril.

In the brief of the Federal District of New York it was indicated that “considering that on December 19, 2006, the plaintiffand Roberto Fiore, among others, filed an Amended Claim against the Argentine Republic (the “Republic”) based on its ownership of effective interests in bonds issued by the Republic (the “Bonds”); cConsidering that the plaintiff has resolved his claims and, consequently, no longer has any interest in the Bonds that are the subject of the aforementioned case”.

The case began in 2006, when a group of creditors of Argentine debt in default that did not enter the 2005 swap to get out of default denounced Argentina in a court in New York, nor did they accept the resolution implemented in 2010. 2016 by the government of Mauricio Macri to get out of the cessation of payments. 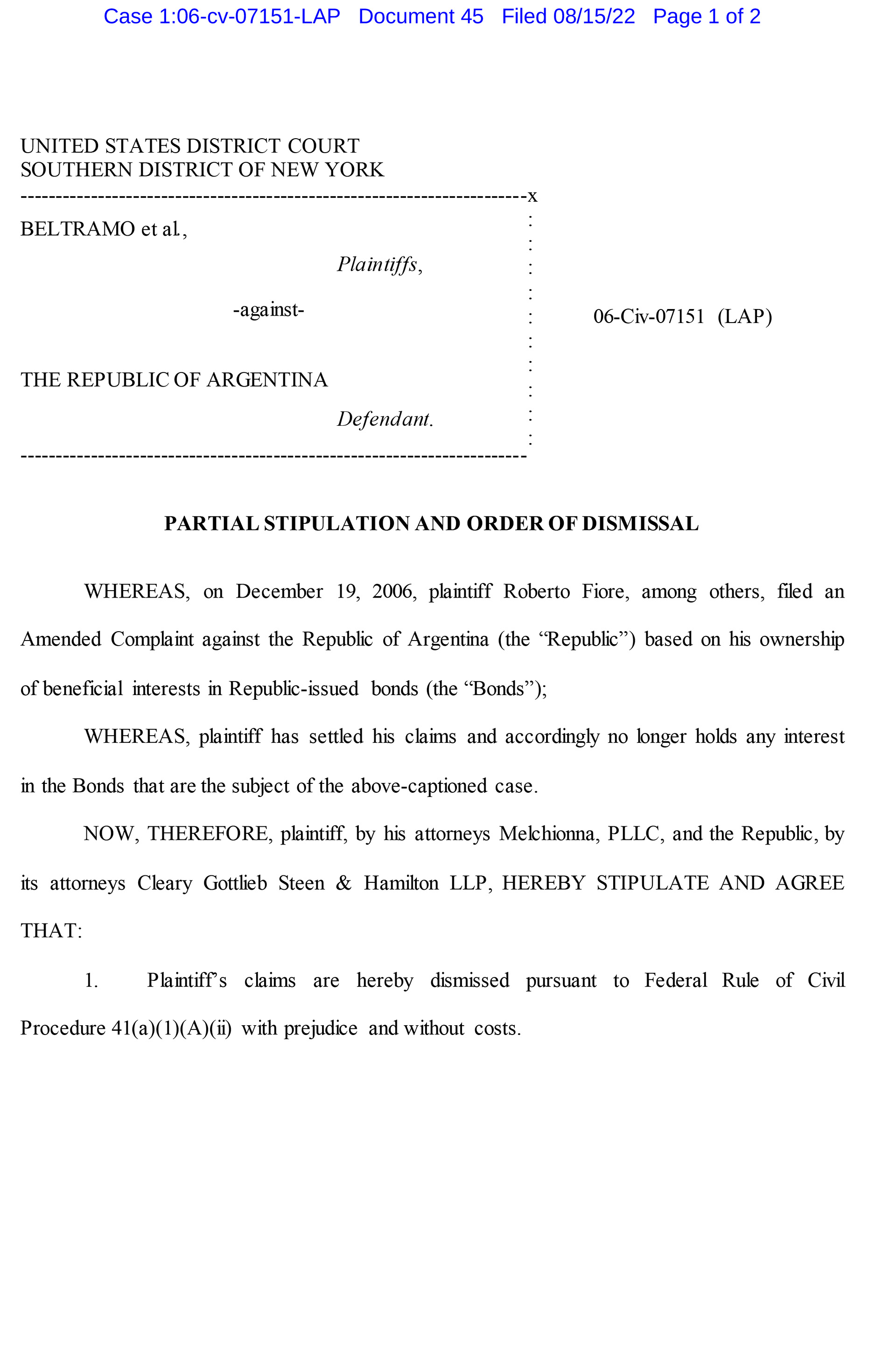 The judge Loretta Preskain a document dated this Monday, stated that flower reached an agreement with Argentina and no longer has “any interest in the bonds”, for which he ordered his complaint dismissed.

According to the analyst sebastian maril a Infobae “This case is one of the five that had resorted to embargoes to collect. Beltramo was looking for state assets at the Banco Nación branch in New York. Finally the government paid. The other cases are Aerolineas Argentinas, Bainbridge Capital (holdout), Attestor Master Value (holdout) and WeBuild (the former Impreglio)”.

Order to the National Bank

Maril also indicated that the creditor had requested to collect “through an asset seizure process that the State has in the Bank (of the) Nation” in New York.

At the end of June, Preska ordered Banco Nación in New York to deliver information to seize assets and pay this bondholder, who was in default and had a favorable judgment.

Maril reported that Judge Preska, who inherited the cases carried out by Judge Thomas Griesa, in June ordered the Banco Nación branch in Manhattan to provide “documents, emails, account information or any object, to initiate an inspection (Discovery) for the purpose of seizing assets and to pay a judgment to a creditor with bonds in default”, in the case entitled “Renzo Beltramo versus the Argentine Republic”.

According to the documents delivered by Argentina’s defense to the court, the Government paid the sentence to this complainant, who had bonds denominated in euros, in early August. According to international agencies, in 2016, Argentina already reached agreements worth 6.7 million dollars with a dozen of the bondholders in the case, directed by Judge Thomas Griesa and which in 2017 was inherited by Judge Preska. 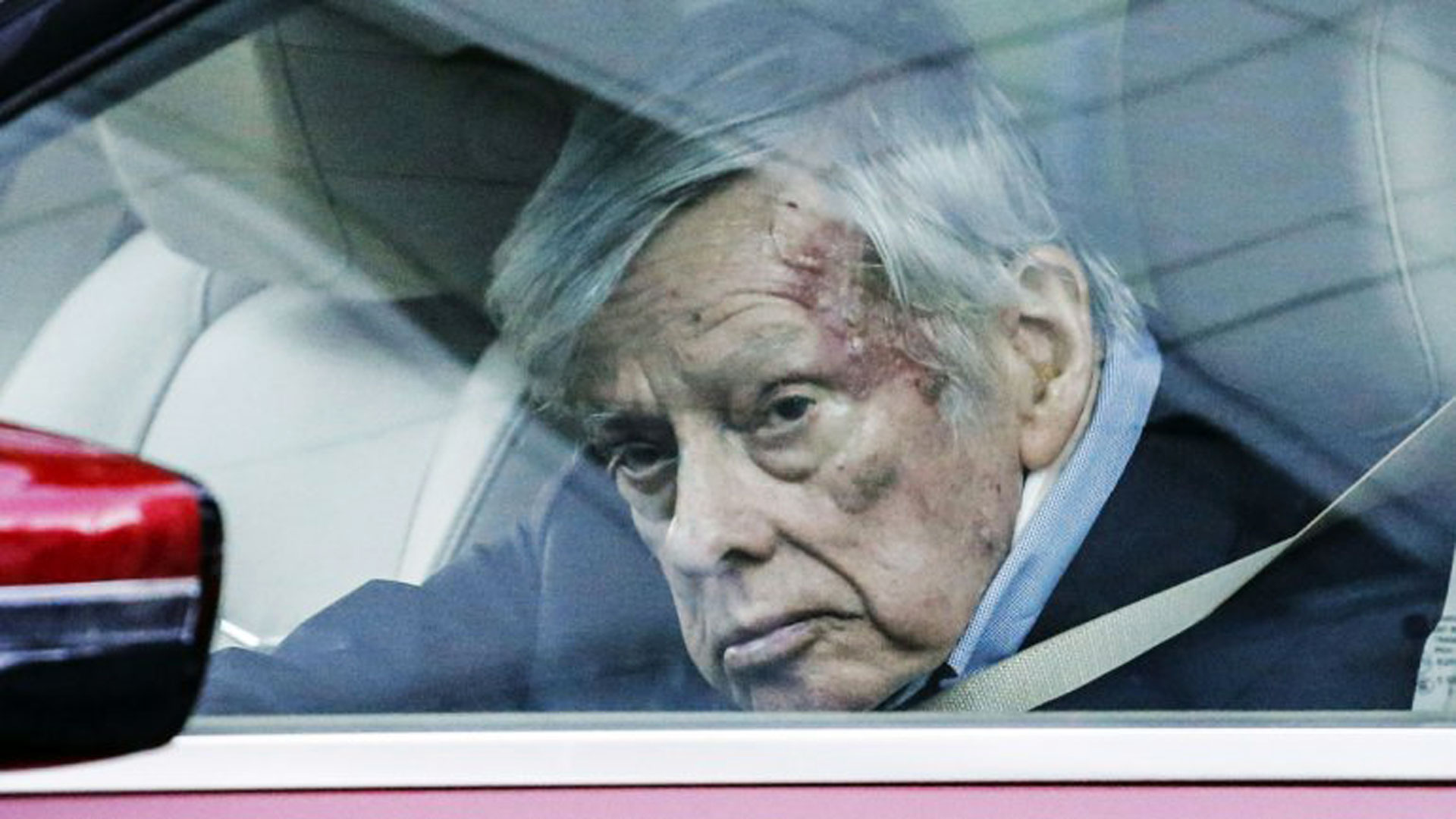 In 2014, the Supreme Court of the United States upheld rulings against the country because President Cristina Kirchner and Minister Axel Kicillof They decided to cancel at the last minute an agreement reached by the Central Bank and a group of national and foreign banks to solve the problem.

In 2016, the government of Mauricio Macri resumed negotiations with the funds that had favorable rulings and agreed through the minister’s team Alfonso Prat Gay a negotiated exit with a haircut close to 30% –approved by Congress– and a significant cut in interest accrued since the end of 2001.

In 2020, the government of Alberto Fernandez made through the minister Martin Guzman another debt restructuring with private creditors, which achieved a broad adherence of 99% of the participantsalthough, as it did not generate immediate payments and was not carried out in a climate of recovery of investor confidence, it did not translate into an improvement in the local financial situation in the markets, as reflected in the weak prices of bonds. Argentineans, both under national and foreign law, with a country risk that closed on Friday at 2458 basis points.

Price rise: Economists warn that it will be difficult to pierce a 5% inflation floor in the coming months
The death of Roemmers: how much is the businessman’s fortune and who are his heirs
Dollar and extreme controls: with the 100% gap, Argentina is the country with the most exchange rates in the world