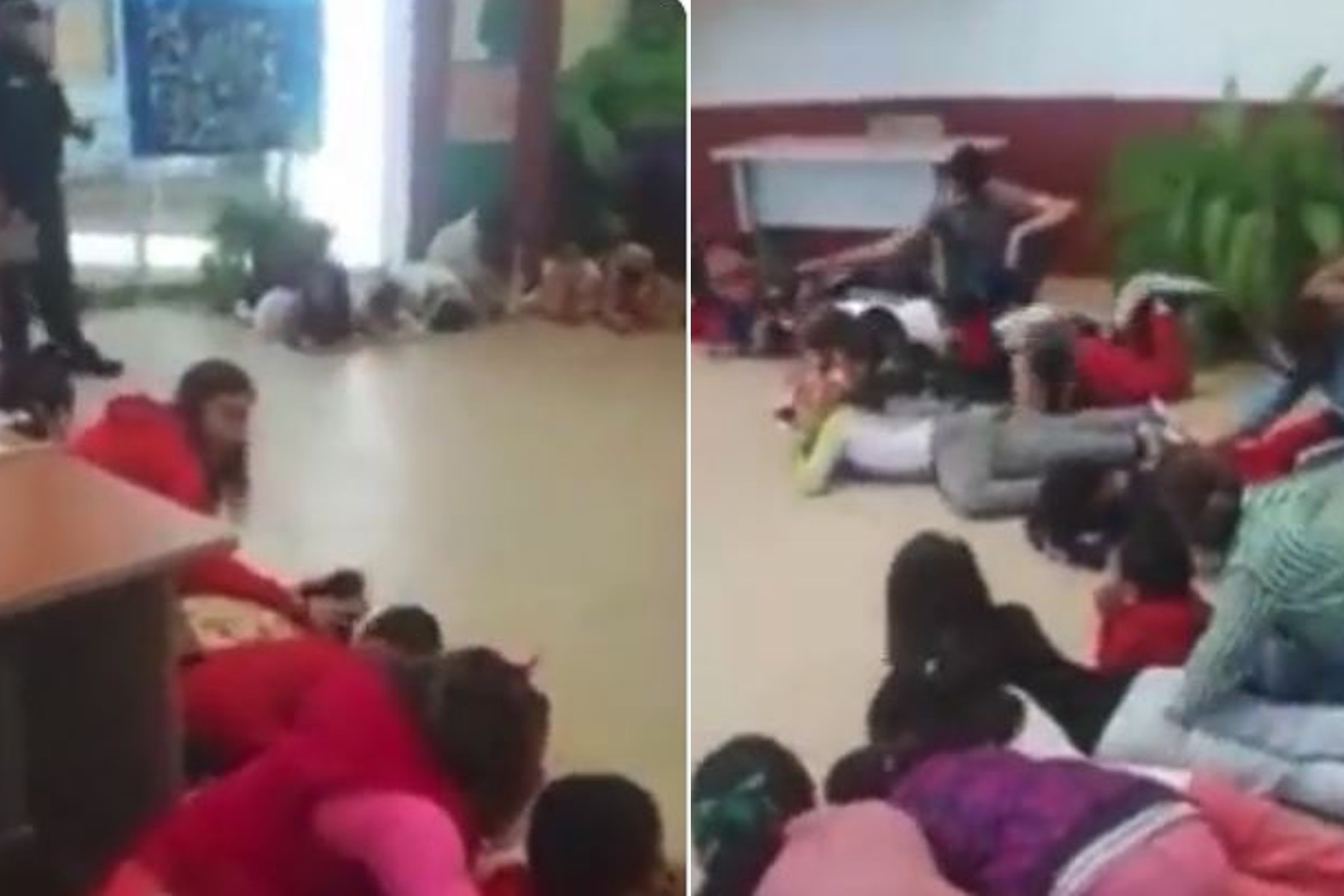 During a summer course in Zacatecasa group of children learned how to act in a possible shooting. The drill video was spread on networks causing sadness and concern among users, as they assured that it is a reflection of the violence that exists in Mexico.

It was the course called “My Vacations in the Library” in which they taught the minors mathematics, Spanish, drawing and also how to act in a shooting. During one afternoon, some municipal police attended simulated bullet detonations so that the minors and the adults present had a more realistic experience.

The recording shows how members of the Fresnillo municipal police teach children and adults how to act. One of the first steps is to get earth chest and lower your head, then stick to the walls or make a circle inside the classroom. 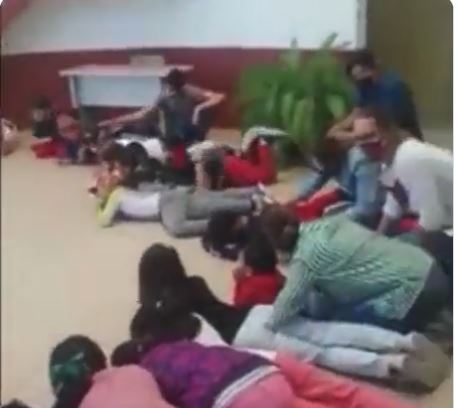 “One, two, three!” a police officer is heard saying on the recording before fake gunshots begin to be heard repeatedly. As long as you present them they kept crouched down the officers gave them recommendations to some of the children.

Also, to keep calm adults they began to sing, urging the minors to join in and focus on the songbut not in the noise of the shooting.

They chanted: “An elephant was swinging on a spider’s web, as they saw that it resisted they went to call another elephant”, while the detonations were heard, which, despite being recorded at times they seem to upset the children, that give short shouts that little by little become the chorus of the song.

Internet users regretted seeing that a summer course included shooting drills; however, they recognized that, with the wave of violence that they live in the country, the idea is not so far-fetched and that at some point these lessons could help them save their lives.

A video is circulating on social networks where they supposedly teach children how to act in the face of a shooting, this as part of a summer course in Zacatecas. pic.twitter.com/ViKCIBugWy

“It shouldn’t be, but under the circumstances in which we live in Mexico, it may be positive to know what to do in a similar situation. Although I do not rule out the fact that little by little the violence normalizes”; “I’m speechless: How scary! But it is our Mexican reality”.

In addition to the drill, a dramatization was performed, in which some children played at being police officers or specialized experts at a crime scene. They collected investigative evidence and cordoned off the area of ​​a hypothetical kidnapping.

It should be noted that this initiative of the municipal police of Zacatecas It is aimed at minors between the ages of 6 and 16.

In accordance with Processthe coordinator of Libraries of Fresnillo, Simitrio Quezada, the summer courses taught in the libraries of El Mineral, sought contribute to the culture of crime prevention and protection in the familyto recover the peace of the municipality. 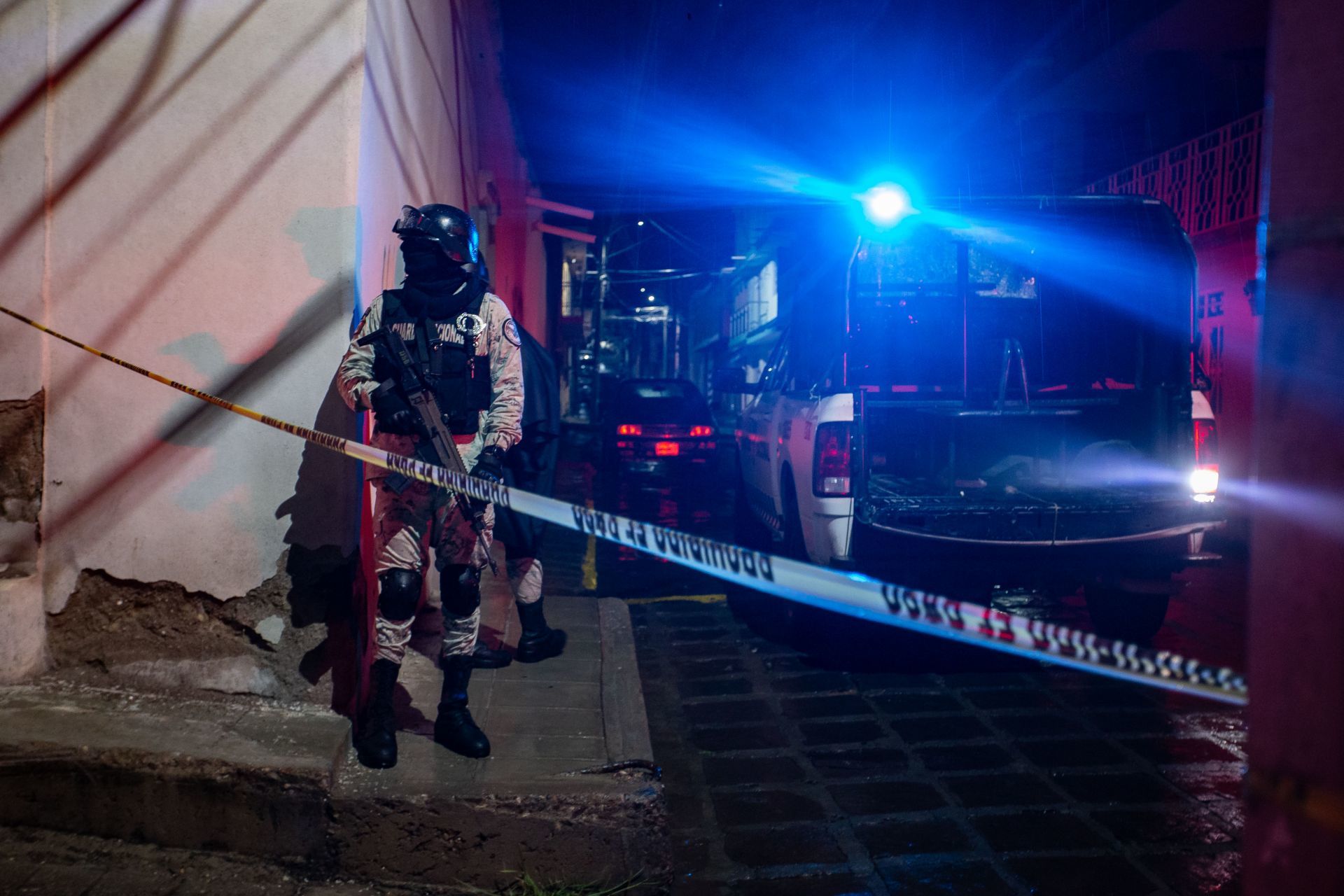 During the activities, Simitrio Quezada reminded the children and adolescents of the importance of valuing and respecting police authority, especially in situations of risk.

In the National Survey of Urban Public Safety (ENSU) made by him National Institute of Statistics and Geography (Inegi) last June, he pointed out that the 67.4% of the population over 18 years of age considered it unsafe to live in his city.

According to the Inegi, this percentage represents a significant increase in relation to the percentage registered in March 2022, which was 66.2%.

Fresnillo and Zacatecas the cities where the population feels most insecure in Mexico: Inegi
They found in Fresnillo three bodies of alleged hit men with CJNG vests
Rosa Icela Rodríguez reaffirmed security strategy: Neither arms crossed nor mafia pacts