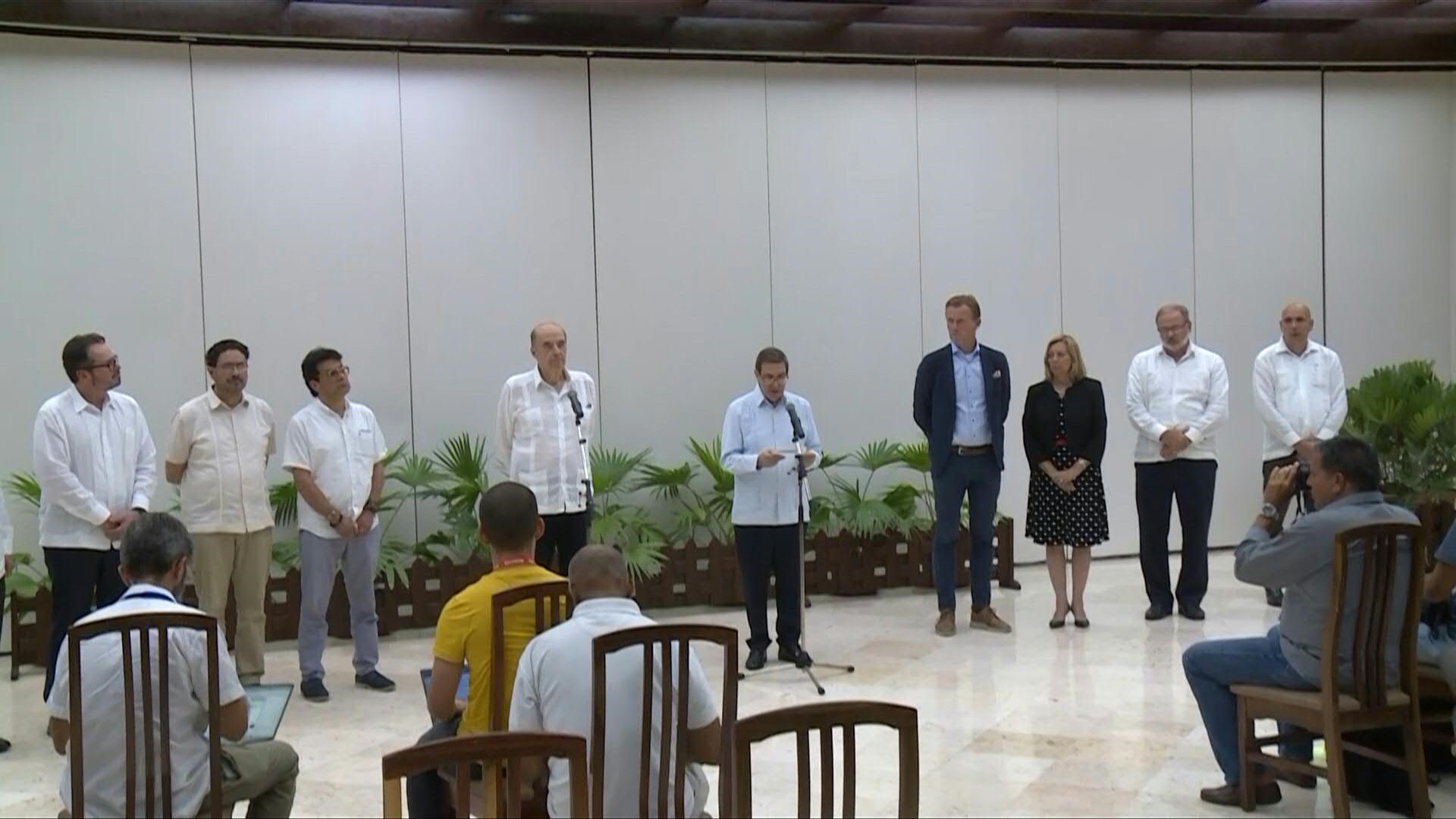 A delegation from the Colombian government traveled to Cuba to probe the ELN’s desire for peace, President Gustavo Petro reported on Thursday, who has stated his intention to restart talks with that guerrilla.

During the first week of the Government of Gustavo Petro, a commission of politicians traveled to Cuba to meet with representatives of the National Liberation Army (ELN) to advance in the reestablishment of the peace talks. In this first meeting, preliminary steps were agreed that would open the way to the signing of an agreement.

“The government recognizes the legitimacy of the peace delegation and, therefore, an agreement has been reached to move forward in relation to some steps that must be taken to sit down again and explore the possibility of an agreement,” said Senator Iván Cepeda in dialogue with Blu Radio.

The congressman, who is one of those who heads the government commission in Havana, assures that the previous steps are related to internal guerrilla affairs. The subversives will have to resolve these issues shortly before sitting down to dialogue.

Likewise, it was indicated that the Government should sit down to review the legal situation of the guerrillas who participated in the negotiations. It must be remembered that the Government of Gustavo Petro reported since last August 9 that it is contemplating suspending the arrest warrants against the top leaders of the ELN.

Cepeda is emphatic in saying that these preliminary steps do not constitute a list of demands for the ELN. To date there are no conditions to reestablish the dialogues, since the Petro Government is convinced that this is the path that must be taken to achieve the so-called “total peace”.

“We are not going to condition the dialogues with the ELN because the previous government had a hard time with that. What we are going to proceed is to set up some dialogues and proceed to discuss issues as important as a bilateral cessation”, said the congressman.

It must be remembered that the government of President Petro has held meetings to resume talks with the ELN, broken since 2019 by decision of former president Iván Duque.

In 2018, the process reached the sixth cycle of talks and a bilateral ceasefire was even agreed upon. After that point, a suspension was taken to await the arrival of the new government of former President Iván Duque, who never named delegates to resume the talks. It was until 2019, after the attack on the General Santander cadet school in Bogotá, which caused the death of 23 people, carried out by that armed group, that it decided to end the negotiations.

Duque requested the arrest of several elenos by reactivating several Interpol circulars. At that time, the ELN decided to suspend the talks, which were taking place in Cuba.

It was not until last week that, for two days, Foreign Minister Álvaro Leyva, the High Commissioner for Peace, Danilo Rueda, and Senator Cepeda met in Cuba with the ELN delegation. The government delegates traveled to begin the preliminary phase with the aim of evaluating the possibility of resuming the table.

On behalf of the ELN, Eliecer Hermelindo Chamorro, alias Antonio García, stressed that the visit of the Gustavo Petro government delegation to Cuba this week to carry out exploratory talks is an “important step towards the resumption of the peace process” failed in the previous government. He thus acknowledged it through his Twitter account, where he wrote:

“The visit of the Colombian government to Havana, to recognize the role of Cuba, lacerated by Duque’s clumsiness, and at the same time to exchange with the ELN Delegation, is an important step to start the path that should lead us to the resumption of the peace process”.