Patriotas FC tied 1-1 in their visit to Once Caldas 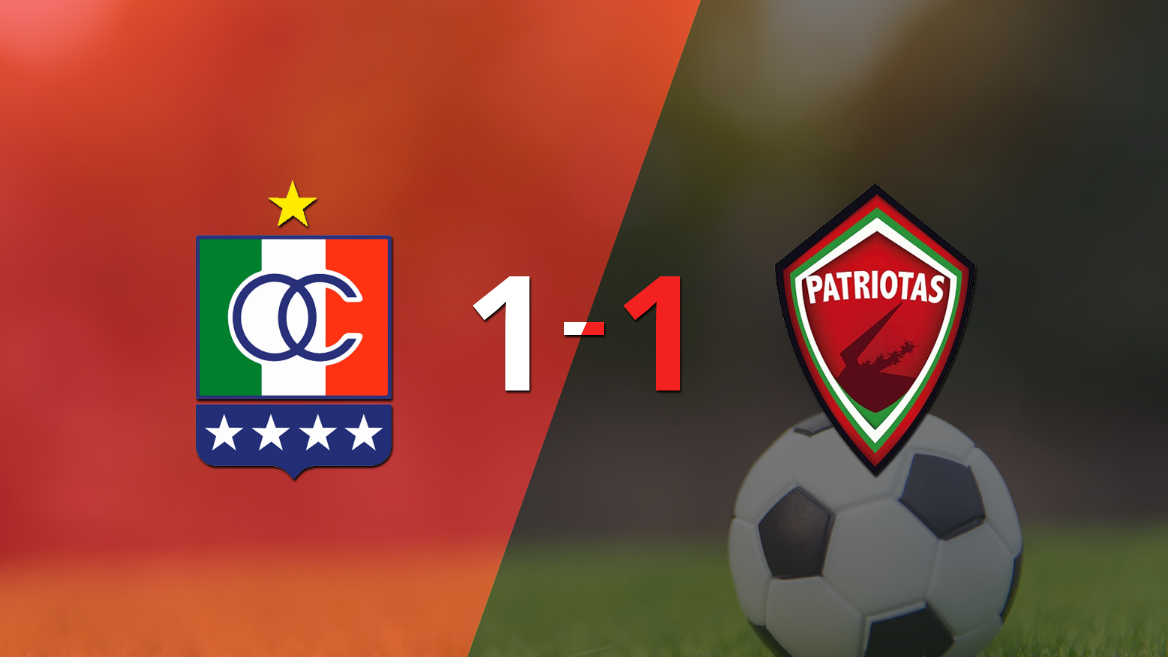 By date 7 of Colombia – Liga Betplay II 2022, the Tricolor and the Red finished equal at the Palogrande stadium.

The locals began by winning with a goal from Ayron del Valle in the 79th minute of the complementary stage, while through Darwin López the visitor leveled the match in the last minutes of the match.

Once Caldas could not score the tiebreaking goal, but they did have the best ball possession record in the entire duel (62% average).

The best player of the match was Leonardo Pico. The Once Caldas midfielder was precise with 111 effective passes and stole 4 balls.

Darwin López also stood out at the Palogrande stadium. The attacker of Patriotas FC scored 1 goal.

The match was cut short due to the number of fouls committed by both teams. There was a large number of cautioned: Marlon Piedrahita, Daniel Rodas, Diego Valdés, Jorge Posada, Dannovi Quiñonez, Carlos de las Salas and Guillermo Celis. Daniel Rodas was expelled for a direct red card in the 47th minute of the first half.

The coach of Once Caldas, Diego Corredor, proposed a 4-3-3 formation with Éder Chaux in goal; Marlon Piedrahita, Fáiner Torijano, Jaider Riquett and Alejandro Artunduaga in the defensive line; Juan David Rodríguez, Leonardo Pico and Dannovi Quiñonez in the middle; and Edwar López, Diego Valdés and Ayron del Valle in attack.

Referee John Hinestroza Romaña was in charge of supervising the game at the Palogrande stadium.

On the following date, the Tricolor will face Pasto as a visitor, while the Red will play at home against Águilas Doradas Rionegro.

With this result, the host of the match reaches 13 points and is in second place. For its part, the away team remains at 8 units and is in tenth place in the tournament.