India buys Venezuelan petcoke at a discount to replace coal 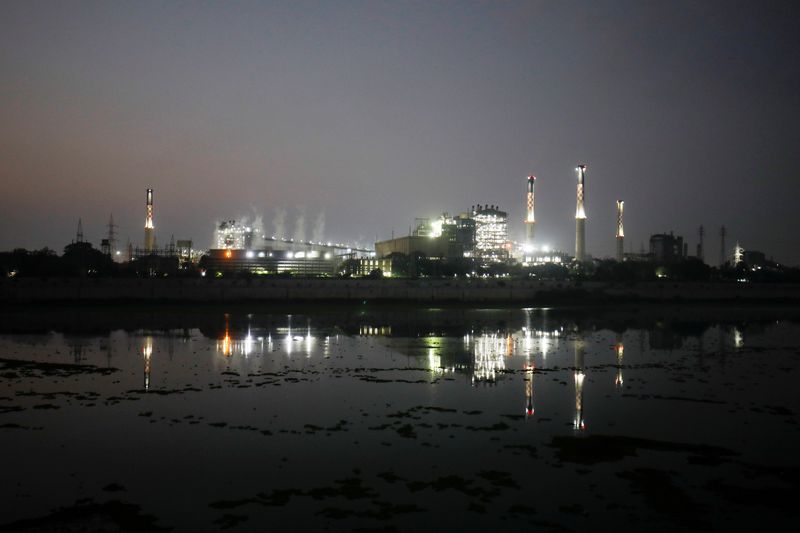 By Sudarshan Varadhan and Marianna Parraga

CHENNAI/HOUSTON, Aug 16 (Reuters) – Indian companies are importing significant volumes of petcoke from Venezuela for the first time, according to trade sources and shipping data, as the OPEC country increases its exports, which are not specifically affected by US sanctions.

India’s growing appetite for Venezuelan petcoke – a by-product of oil refining and an alternative to coal – is fueled by a search for a cheap fuel for power industries as coal prices have risen around the world. world.

This could boost the cash flow of the South American producer, where state and private companies have increased exports of petrochemical products and oil by-products and Venezuelan supplies, with more competitive prices, could displace shipments from traditional suppliers.

India, which counts the United States and Saudi Arabia as its main suppliers of petroleum coke, received its first shipment from Venezuela in early 2022, according to two of the sources and the documents.

Ramco Cements booked two 50,000-ton shipments of Venezuelan petcoke, which were delivered in June and July at a $15-20 per ton discount to the market price, Vaithiyanathan said.

Ramco paid $214.40 and $221 a tonne for June and July shipments, respectively, while Orient imported some 28,300 tonnes in April for $220 a tonne, according to Indian customs documents seen by Reuters.

JSW Cement and Orient did not immediately respond to requests for comment.

The petcoke cargoes were shipped between April and June by Shimsupa GmBH, a German-based scrap trading company, which has an exclusive agreement with Switzerland-based Maroil Trading to supply Venezuelan petcoke to India, China, Pakistan and Turkey.

“We are exclusive partners of Maroil Trading AG and we have all the necessary approvals from OFAC and the German government,” Annamalai Subbiah, who owns 100% of Shimsupa, told Reuters.

The shipments were shipped from Venezuela’s main oil terminal in José, according to the sources and the documents. In recent years, Maroil has revamped its petcoke operations to increase its export capacity.

Maroil, owned by Venezuelan-born shipping magnate Wilmer Ruperti, did not immediately respond to a request for comment. The US Treasury Department, which has so far not targeted Venezuelan exports of petrochemicals and by-products, declined to comment.

Venezuela’s oil sector has been under US sanctions since 2019. Washington imposed sanctions on the country’s most important global business as the previous Trump administration stepped up its attempt to force socialist President Nicolás Maduro from power.

Higher Venezuelan supplies have weighed on global prices this year, according to petcoke traders in Houston.

“Those additional supplies have had an impact on the global market,” said one of the traders. “They are increasing supply and diversifying the destinations of Venezuelan shipments.”

Venezuelan petcoke is being offered at discounts of 5-10% to US petcoke, Indian traders and cement company officials said.

A ton of petroleum coke is more expensive than coal, but it produces more energy when burned. It is not generally used as a fuel due to toxic emissions, but is widely used by the cement industry, its largest consumer, as the sulfur dioxide emissions are absorbed by the limestone.