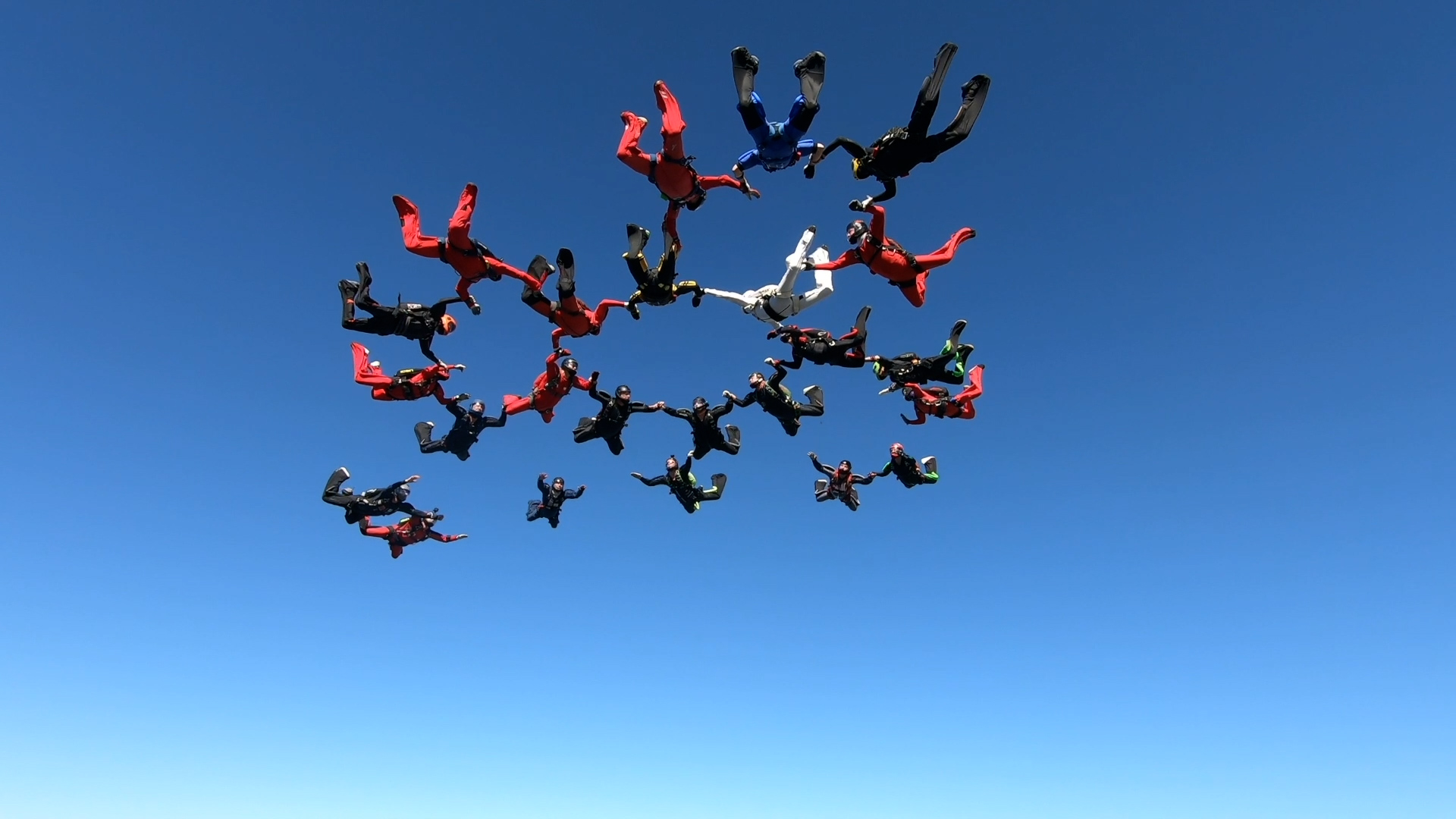 Ana Aponte is a Colombian who decided to take free fall as a way of life, today, she is considered one of the best athletes in the world to perform skydiving jumps, because the title is not free, she has around 5 thousand jumps and already has on his back two world records.

The next challenge will be in Ottawa, United States, where he will perform with 217 athletes from around the world to achieve a new world record in skydiving. They will have the feat of flying headfirst at more than 320 kilometers per hour.

Ana Aponte will be the only South American in this sporting event.

You may be interested in: Francia Márquez and her vital attendance at the Petronio Álvarez festival: The most important ‘Afro’ party in Latin America

Ana Aponte was part of the 2016 world record for women flying headfirst while holding hands. At that time there were 65 skydivers who achieved it and now the challenge is much greater.

The Colombian jumping more than 20 thousand feet high to pay tribute to the dead along with a Venezuelan, American, Mexican and Italian

In this new challenge, the Colombian will be accompanied by men and women from around the world with the sole task of joining hands in the sky, forming a figure while descending in free fall.

The mission is to break the previous record that since 2015, 164 people beat by diving headfirst. This will be the second attempt to break the record with more than 200 people together, the first attempt was made in 2018.

The athletes will jump to a height of 21,000 feet so, before leaving the plane, they will be supplied with oxygen to avoid hypoxia, a common challenge faced in the practice of this extreme sport. To break the mark, the participants must do more than 10 previous rehearsal jumps, they will also fly with external cameramen who will film the formation from different angles. Everyone should be connected holding hands at the same time. Once the judges analyze the recordings and it is verified that no athlete was separated from the group at the time of descending, the world record will be officially broken.

“The establishment of this record will be a benchmark for world skydiving and for humanity by demonstrating that human potential has no limits. It is a feat with high levels of complexity, that is why physical preparation, but above all mental and spiritual preparation, are of vital importance”, added the athlete.

Upon her return to the country, the athlete will lead the organization of the first South American record for women flying headfirst and the first mixed Colombian record, an unprecedented and unprecedented event in Colombia, which will take place in Ricaurte, Cundinamarca, from September 3 to 9.

“We are a group of women reaping achievements in a sport that was believed to be for men, we want to create world leaders who can inspire other people,” she assured.

Ana, in addition to being a plastic artist, has been dedicated to professional skydiving for 15 years and already has 5,000 jumps. She is one of the creators of the Xielo Skydive Colombia school and it is there that she does her work as a load organizer and instructor, inspiring and growing the sport.

“The immense happiness that skydiving gave me, which was one more challenge in my life. I have always been very sporty, I was on the football team at school, at the university. I ran marathons, I did everything, but I never had the opportunity to practice this type of sports in which there are so many procedures and so many different things. You must study and experiment”, he expressed in the newspaper El País de Cali.

Colonel Núñez, accused of murdering three young people to present them as members of the ‘Clan del Golfo’, fled to Panama
Luis Ernesto Vargas explains the absence of Colombia in the OAS assembly: “They blamed us as officials without even being one”
Tax reform and opening of the border with Venezuela, some of the issues discussed in the council of ministers led by Gustavo Petro