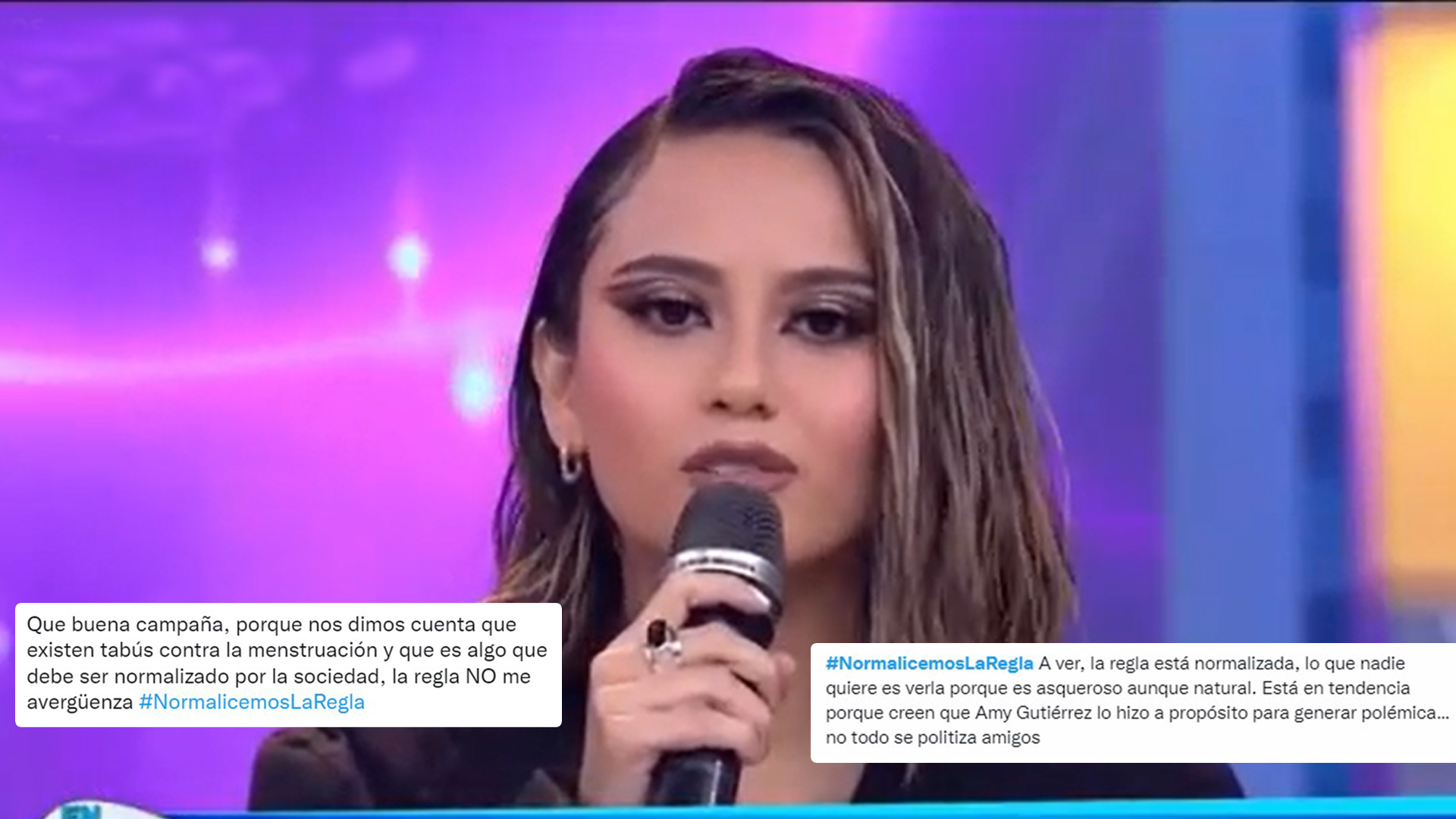 Users react to Amy Gutiérrez’s explanation about her “female accident”.

Amy Gutierrez reappeared in ‘On everyone’s lips’, The singer appeared again on the program after the afternoon of Monday, August 15, she gave something to talk about after having suffered an “accident” with her menstruation. However, she clarified the situation.

Dressed in black and with a more serious tone, the young artist decided to explain what had happened. And it is that, after he appeared on the small screen with a stain on his pants, thousands of netizens began to talk about the subject and expressed their solidarity with the interpreter of ‘I dont know’.

After thanking the shows of support on social networks by fans and artist friends, the singer pointed out that it was all a social experiment that worked together with a brand of feminine hygiene products. She explained that with this campaign they sought to normalize the appearance of menstruation.

“I want to tell you that it was a very important campaign. We seek to normalize menstruation. You all knew about this and I want you to know that we are all together. Right now we have to know that older women can understand these situations, but girls can’t,” said Amy Gutiérrez.

Amy Gutiérrez reveals that her accident in En Boca de Todos was part of a social experiment. (America TV)

For its part, tula rodriguez Y Maju Mantilla They assured that they had knowledge of what was going to happen. For this reason, they did not “warn” her that she was stained, since this attitude was highly criticized on social networks.

However, after the true background of this event was revealed, various users on social networks showed their position on the subject. It should be noted that since Amy Gutierrez ‘suffered the accident’, the signs of affection were immediate.

“Good for giving this initiative to normalize the normal”, “Truly an award for what they did this mega campaign together with Amy Gutiérrez”, “It was an armed campaign, but we have to recognize that this issue must be normalized and that’s it,” were some of the comments on social networks. 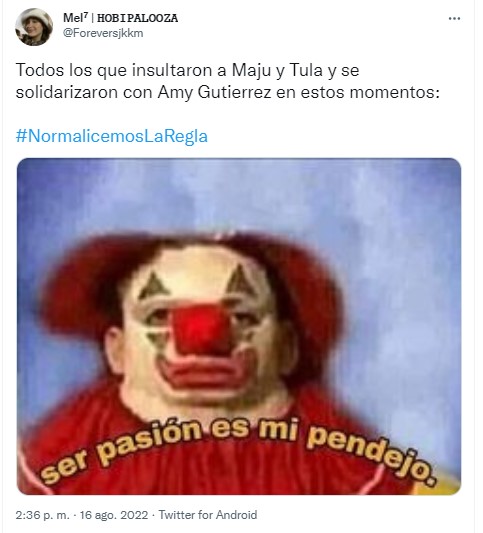 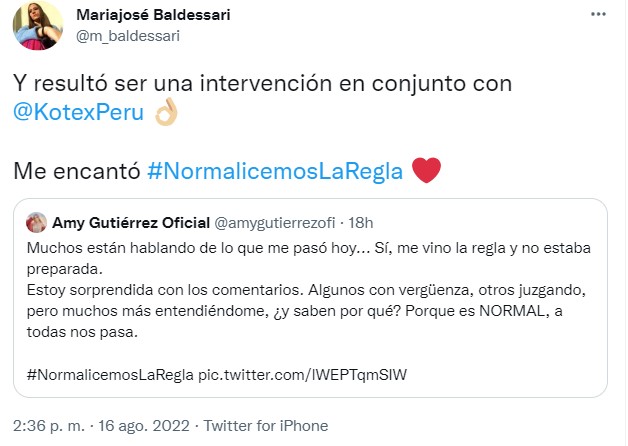 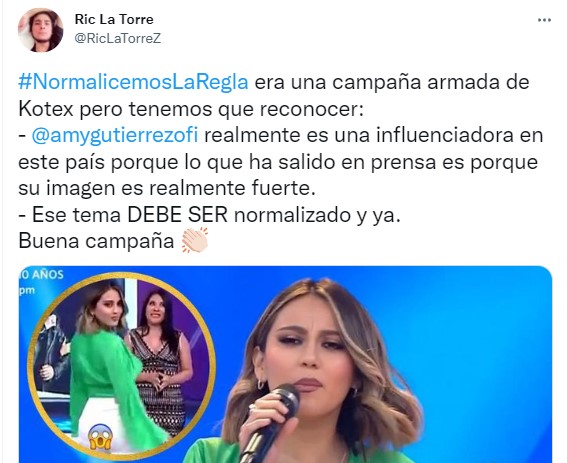 It all happened on Monday, August 15 in the program ‘On everyone’s lips’, when Amy Gutierrez was invited to talk about her musical projects and her recent performance with GianMarco.

In the middle of the conversation with the hosts of the program, tula rodriguez He intervened to praise the talent and achievements of the singer, however he was encouraged to talk about her physical beauty and asked her to model on the set.

It was at that moment that the sauceboat stood up and began to model on the set of América Televisión, but at one point he turned around to return to his place and a red stain was noticed on his white pants. At that moment, Tula Rodríguez approached her and covered her “explaining” the reason for her reaction.

Quickly, the interpreter of ‘Someone’, He expressed his surprise and said: “Uyuyuy, oops, these are little things that happen, the normal, the normal.” After receiving the host’s hug, she added: “All women have been through this.”

Amy Gutiérrez is supported by Daniela Darcourt, Yahaira Plasencia and more artists after a live accident
Amy Gutiérrez speaks after her accident in En Boca de Todos: “No shame”
Amy Gutiérrez hopes to record a song with Gian Marco: “He does want to, the time will come” | INTERVIEW