Video: they denounce fighting and displacement in Almaguer (Cauca) 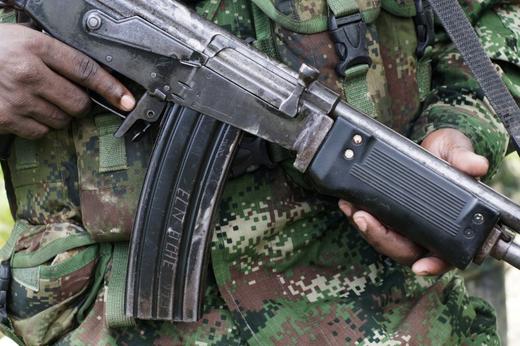 Reference image of a guerrilla in Colombia. Photo: REUTERS/Federico Rios

The situation in the rural area of ​​Almaguer, in the south of the department of Cauca, is one of complete tension due to the series combats that the Army is holding against the illegal armed groups that commit crimes in that area of the country: the Eln, the Second Marquetalia and the Carlos Patiño dissidence, descendant of the extinct guerrilla of the Farc.

In the television news program Noticias Caracol, they consulted with the secretary of the Government of that population in the south-west of the country, María Angélica Palta, about the situation of public order in that area during the weekend, where an estimated 200 families are forcibly confined to their homes.

“The displacement of at least 25 families in the municipal seat has already been reported, to whom we are currently providing all the support and accompaniment,” the official indicated.

While in the magazine Semana The military indicated that they killed one of the criminal bosses of the Carlos Patiñó, and last week the same thing had happened with two members of the Eln.

“Through the development of military operations of our National Army, together with the Air Force and the CTI of the Prosecutor’s Office, the death of a criminal was achieved.and that he constantly engaged in terrorist behavior, thereby generating anxiety in the civilian population of the district of La Herradura de Almaguer”, quoted in that military information magazine.

It was also achieved seizure of two M-16 rifles with nine suppliers, 32 field kits and three spell explosive devices with those who, apparently, were going to attack the public force.

And last Thursday, it was also reported from the military institution that also two alleged ELN guerrillas were killed in the rural area of ​​Versalles (Valle del Cauca).

Nevertheless, The worst part is once again carried by the civilian population of these municipalities, who are confined to their homes or have had to be displaced.

Precisely Jorge Bastidas, one of the representatives to the Chamber for Cauca, published on his official Twitter account a video recorded by the residents of the combats that are reported in Almaguer and asked for prompt attention for those affected.

“Imagine if this happened in the Rosales neighborhood of Bogotá, it would be the news of the day, but as it happens in Almaguer (Cauca) it is neither news, nor trend, nor anything. In Almaguer, the Yes to peace got 83 percent and 94 percent voted Petro, here is a desperate cry. Don’t leave us alone.” solicitous.

Precisely, the The Ombudsman’s Office is alerting about these combats between the criminal structures that dispute the illegal rents in several municipalities of that department in southwestern Colombia.

Dissidents of the Farc and the Eln dispute the illegal rents in the zone.

“We express concern about the possible start of a territorial dispute between illegal armed groups in the municipalities of the massif of the department of Cauca: Rosas, La Sierra, La Vega, Almaguer, San Sebastián, Sucre, Bolívar, Mercaderes and Florencia”. they trilled

In that entity they recalled that the communities have been developing processes for the defense of life and the environment, for which they asked a prompt intervention of the authorities to support the settlers.

“We urge the State to carry out urgent prevention actions to mitigate the risk of human rights violations of the civilian population, especially of social and community leaders, subjects of greater risk in the midst of the possible territorial dispute”, they added.

Katherine Miranda insists on the tax on churches: “Today they are electoral companies that profit from unwary people”
A new complaint against Zapateiro: the former commander would have acted “in favor of the pockets of his close ones”