Tie at one between At. Chiriqui and Veraguas 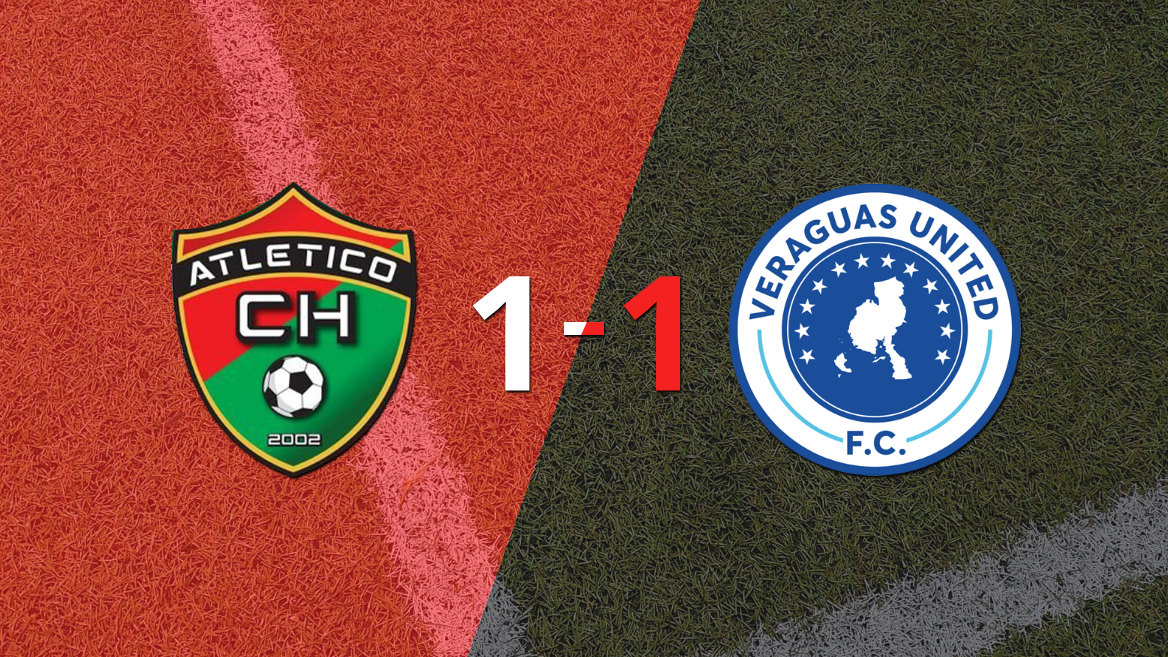 At. Chiriquí and Veraguas made no difference in their meeting for date 5, held this Sunday at the San Cristóbal stadium.

With a goal from Juan Sagel, they began by winning the visit at the end of the first half, however, 46 minutes into that stage, Jonathan Nisbeth equalized for the locals.

The figure of the meeting was Jonathan Nisbeth. The steering wheel of At. Chiriquí stood out against Veraguas as he scored 1 goal.

Juan Sagel was also key in the San Cristóbal stadium. The Veraguas midfielder stood out against At. Chiriquí since he converted 1 goal.

There were 3 cautioned in the game: Kadir Evans, Tito Mendoza and Chamell Asprilla.

For their part, those led by Héctor Blanco stood with a 4-4-2 strategy with José Guerra under the three posts; Luis Ángel Pinzón, Armando Dely, Rolando Algandona and Jordy Meléndez in defense; Nilson Espinosa, Yair Hurtado, Juan Sagel and Tito Mendoza at midfield; and Erick Rodríguez and Alexis Cundumí up front.

At. Chiriquí will receive Plaza Amador on the next day, while Veraguas will receive Alianza at the Atalaya stadium.

The local is in eighth place with 5 points, while the visitor reached 6 units and is placed in seventh place in the tournament.