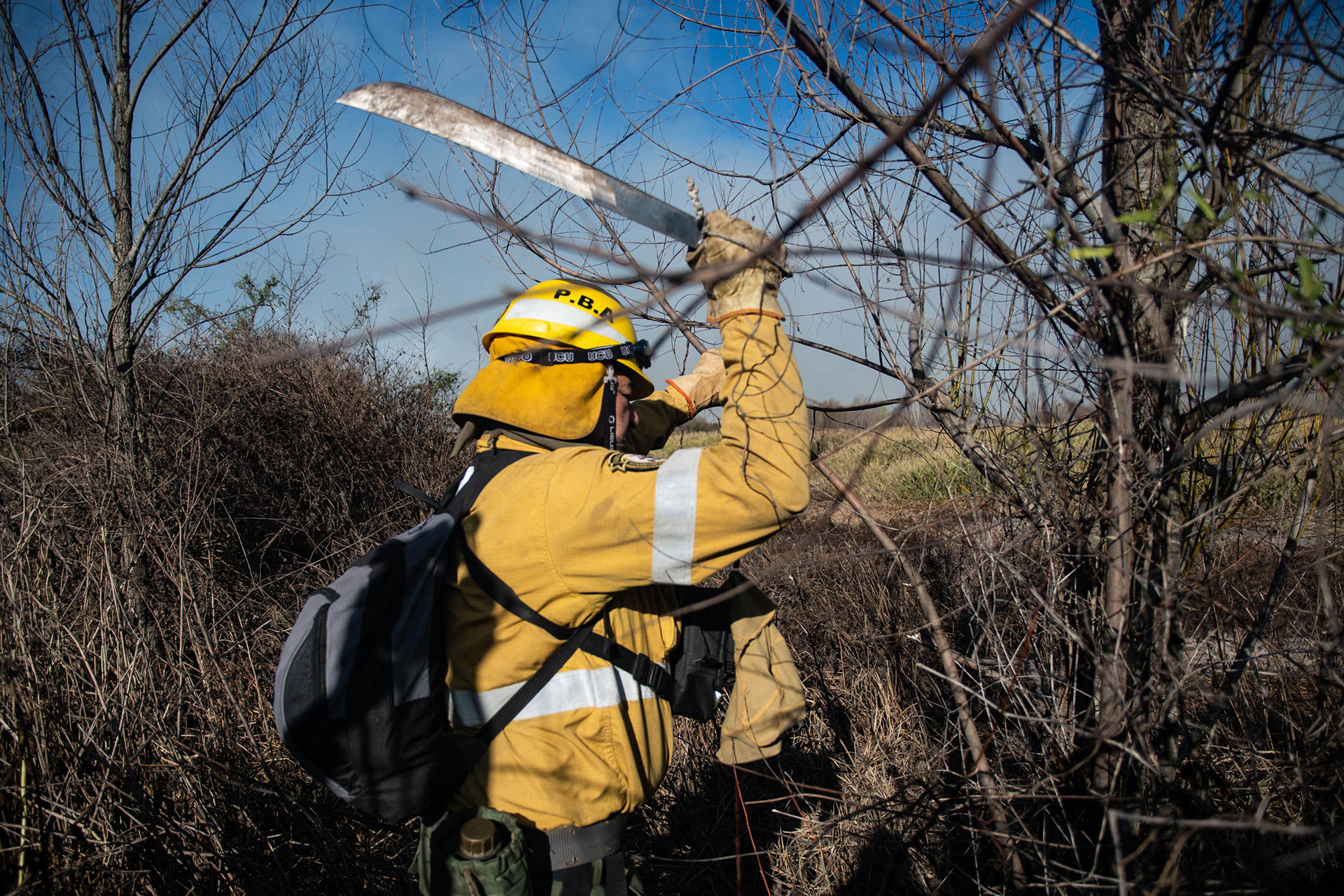 The three detainees, aged 54, 22 and 18, testified before the federal judge of Victoria and remained in the jail of that city (Télam)

Three men were arrested in the province of Entre Ríos accused of trying to start a fire on the islands of the Paraná Delta. After being questioned this Monday afternoon, the federal judge of Victoria, Frederick Martin, ordered that they continue in Penal Unit No. 5 of the city of Entre Ríos. Meanwhile, a relative assured that they carried out “a backfire” to protect hives.

The three arrested live in the Santa Fe city of Villa Constitución, are dedicated to beekeeping, and were arrested this Sunday on the island “Del Holandés”, at the height of Arroyo Seco, 32 kilometers from Rosario. As reported by the agency Telam It is about a 54-year-old man and his children, 22 and 18, who remain in detention after being found by police personnel trying to burn dry vegetation in an area of ​​the islands of the Paraná River Delta.

After the arrest, the federal prosecutor Claudio Kishimotowhich subrogates that position from the Public Prosecutor’s Office in Victoria, ordered the seizure of their cell phones, the tools they were carrying (a pitchfork, a wide shovel and a lighter) and the boat in which they were traveling (a boat with an outboard motor). overboard).

The man’s wife and mother of the youngsters, identified as Vanesa, said this Monday – in statements to the channel 3 Rosario – that her husband and children are “innocent” and maintained that “the situation was misunderstood“, as they were making “a contrafuego”: a practice that consists of cutting grasses and burning them to prevent the spread of a fire. “This was on Saturday, on Sunday they cut the grass and burned it near a wooden box that we have, and that’s when the police arrived and arrested them,” the woman contextualized.

Vanesa also maintained that “they are incommunicado” and that the only time she spoke with them was on Sunday at noon, when one of her children told her that the three of them had been arrested. 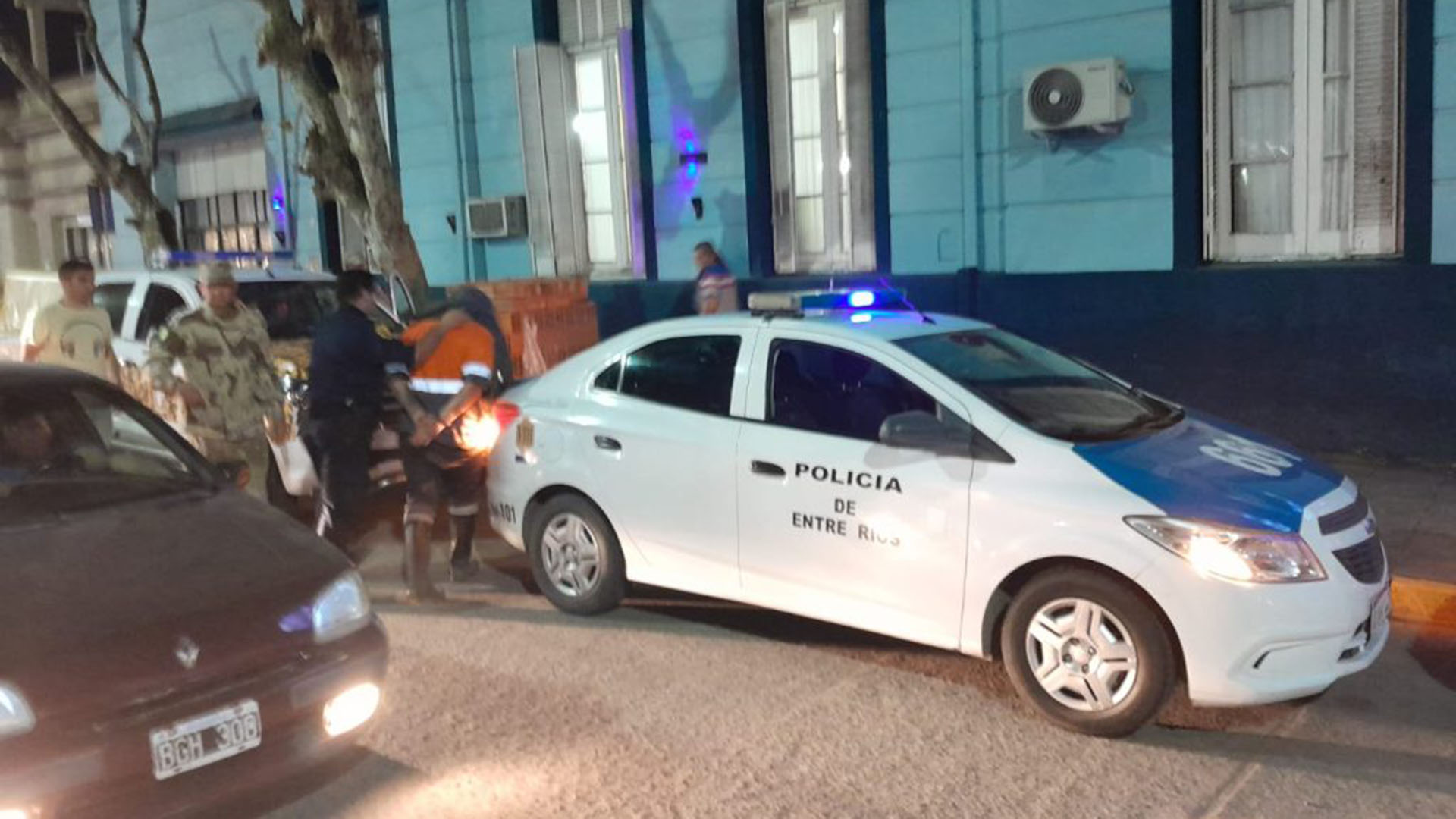 This is how they detained the people of Villense for the burning (Photo/diarioelnorte.com.ar)

According to data from the Environmental Observatory of the National University of Rosario (UNR), forest fires on the islands of the Paraná River have already consumed more than 10,000 hectares. Last week, political demonstrations, environmentalists and self-convened citizens were held in Rosario; and this Saturday there was a cut of the Rosario-Victoria bridge demanding the cessation of these “intentional” burnings and the “urgent” treatment of a Wetlands Law.

According to the latest report from the National Fire Management Service (SNMF), five active fires persist in the Delta area in Buenos Aires, including the departments of Zárate and Baradero; while, on the Entre Ríos side, the fires continue in Ranchada, Laguna Vásquez, Barrancoso, Las Vueltas (Victoria) and El Cuadro, Ybicuy, Falso Alsina, Islas, Dormilón (Gualeguay).

They also reported that the outbreaks in the areas of Laguna chata (Victoria) and Charly 2 (Gualeguay) were contained, while the fire in Islas La Lechiguana 1 (Gualeguay) was extinguished. The organization also maintains in the Delta area more than 100 brigade members fighting the fire and reported that it has available three hydrant planes, three helicopters with buckets and one observer plane. 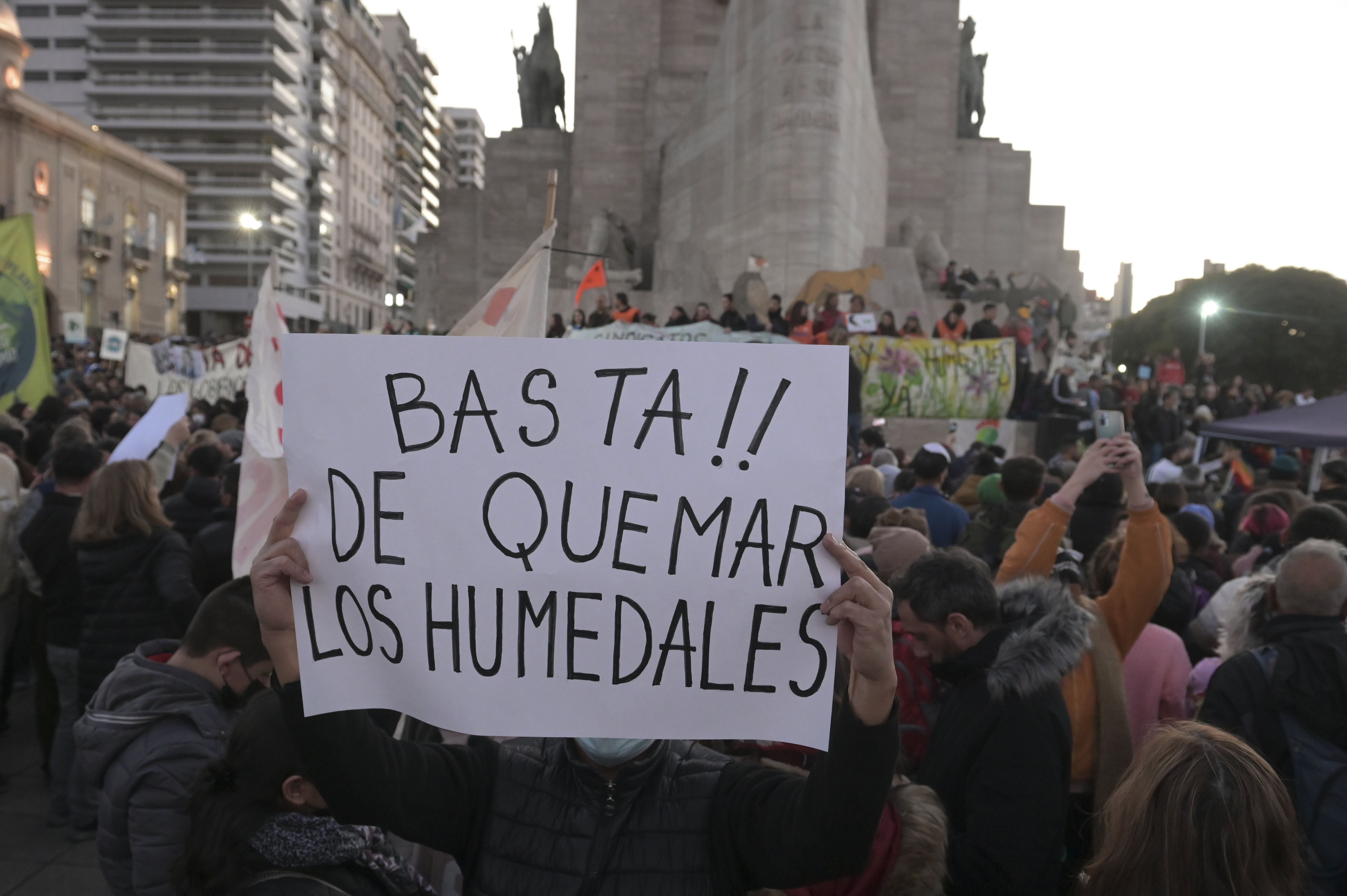 In statements to the local press, the Minister of Government of Entre Ríos, Rosario Romerohighlighted the “incessant task” of brigade members and police and judicial personnel to “determine who are the authors of the fires.”

“We continue with other data and testimonies that the judge is analyzing to determine other authors of this enormous problem that we have on the islands,” he declared and highlighted the “disposition of the Justice” to “establish those responsible.”

For his part, the head of Civil Defense of the province of Santa Fe, Robert Riojasaid he hopes that the arrests operate as “a before and after for the (fire) pins that do so much damage.” 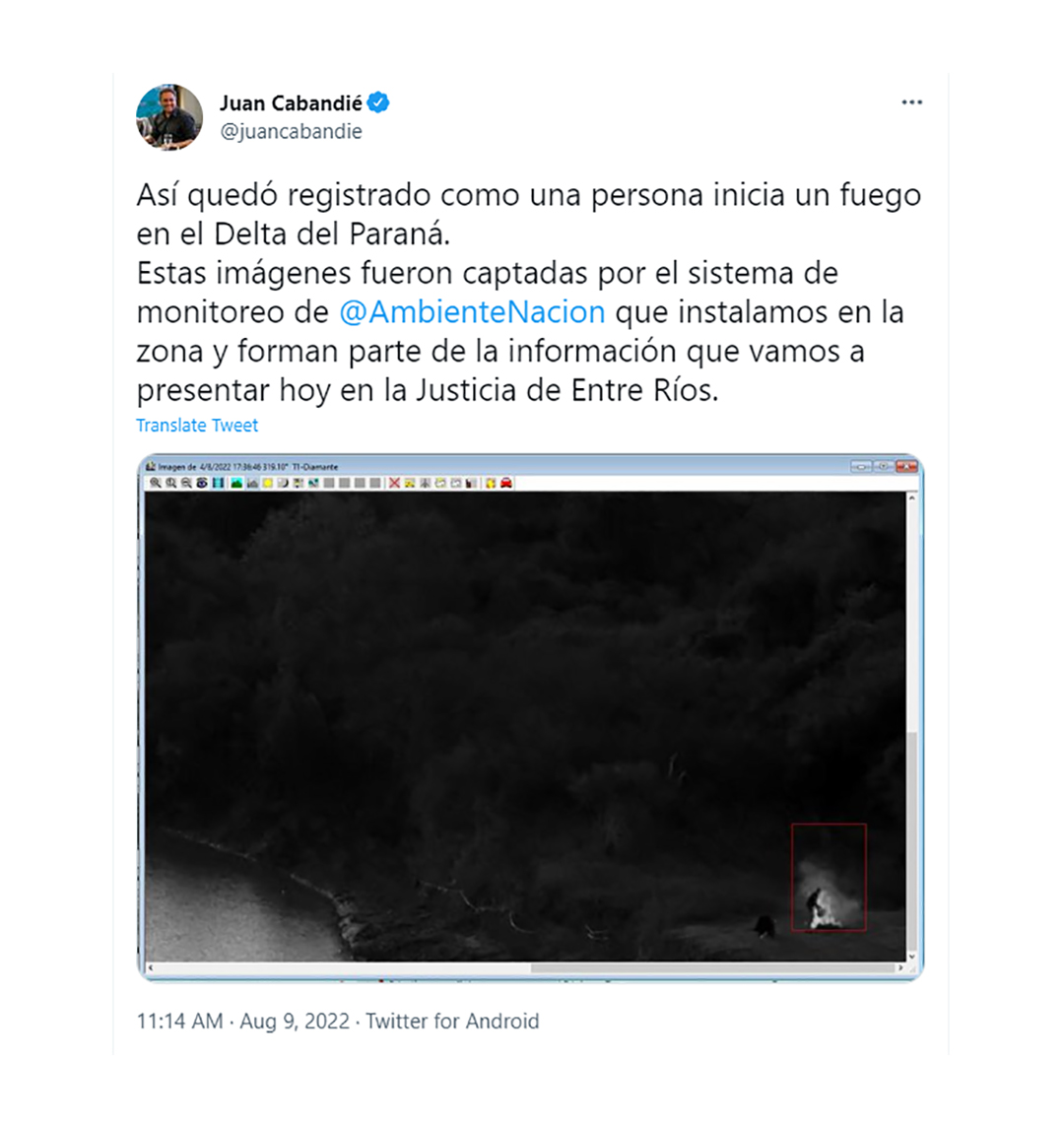 Juan Cabandié, the Minister of Environment and Sustainable Development, demanded from the Justice test measures to identify those responsible

Last Tuesday, the Minister of Environment and Sustainable Development, Juan Cabandiewarned about the role of Justice. “If you do not take exemplary actions, citing the people linked to the fields that are burned in the Paraná islands, this practice will continue to be carried out,” said the official, after his presentation in the Federal Court of Victoria with information on the owners of burned fields.

Later, Cabandié recalled that two years and a month ago he appeared as a plaintiff in Justice for the fires that occurred in 2020. “In August of that year, the National Ministry of the Environment took over the jurisdiction of the fire that was previously in another jurisdiction of the national State. We were expanding complaints and bringing information from the satellite geolocation that we obtain, and on the other hand, the five conservation beacons that we have established in different areas of the Delta of the Paraná (river), ”he concluded.

“Here we are still drowned”: what it is like to live under a sky of toxic smoke, according to the residents of Rosario