The right to blasphemy 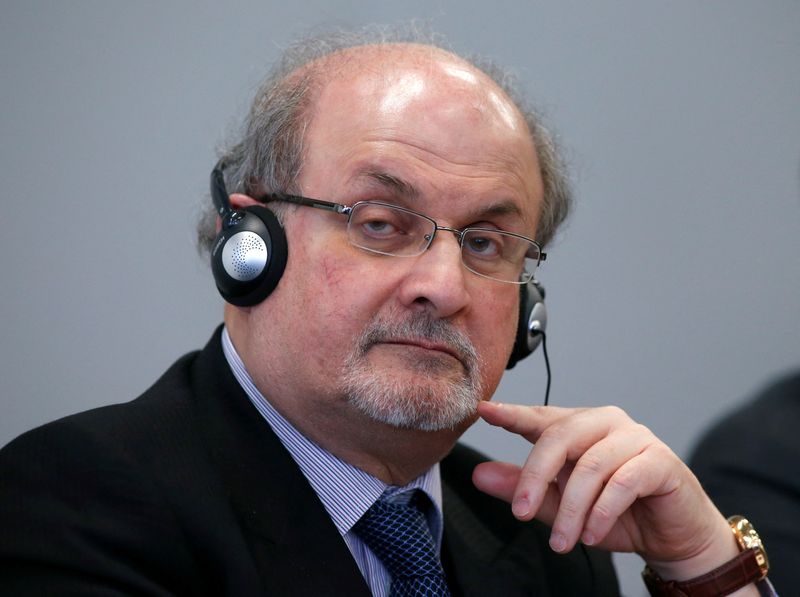 Sir Salman Rushdie is an acclaimed and award-winning writer. He already was when his fourth novel, The Satanic Verses, gave him notoriety beyond letters and the arts. Published in 1988, Rushdie traces a parable there with the two verses removed from the Koran by the Prophet Muhammad, supposedly inspired by evil. And two prostitutes in the narrative of the book were named after the wives of the Prophet, among other inadmissible literary daring for religious dogmatism.

Hence, the book generated immediate reactions of indignation in much of the Muslim world, for example in the Islamic communities of Iran, India, Pakistan and the United Kingdom, among others. To add to the violence, the following year the Ayatollah Khomeini issued a decree—fatwa—ordering the assassination of the writer and offering a reward of 3 million dollars, later increased to 3.5. His crime? Blasphemy.

Since then, Rushdie spent most of his time in hiding and under police protection, as determined by the British government. Translators of Rushdie’s work into Norwegian, Italian, and Japanese were attacked; the latter assassinated in Tokyo in 1991.

After more than three decades of threats, Rushdie was stabbed in the face, neck and abdomen This Friday 12th of July. It happened in the town of Chautauaqua, in northwestern New York state. Rushdie was preparing to give a lecture at the Chautauqua Institution, an arts and letters landmark that has offered seminars, lectures and concerts every summer since its founding in 1874.

The accused, 24-year-old Hadi Matar, apparently acted alone, taking advantage of the institution’s lax security measures. Which is understandable in a framework designed for reflection and debate. No one would imagine—today we know, wrongly—that such a bucolic space could be the target of Islamic fundamentalist terrorism. According to reports from the spokesman, Rushdie will recover, although he could lose an eye.

Rushdie was attacked, and earlier sentenced, for exercising his right to blasphemy; right that does not exist due to a perverse desire to offend the believer. It exists because without that right there is no secularization, that is to say, a real separation between Church and State, the cornerstone of liberal constitutionalism, is not possible. Such a separation is to law what the separation between knowledge derived from faith and verifiable objective facts is to epistemology, a cognitive break specific to rationalism and the Enlightenment. 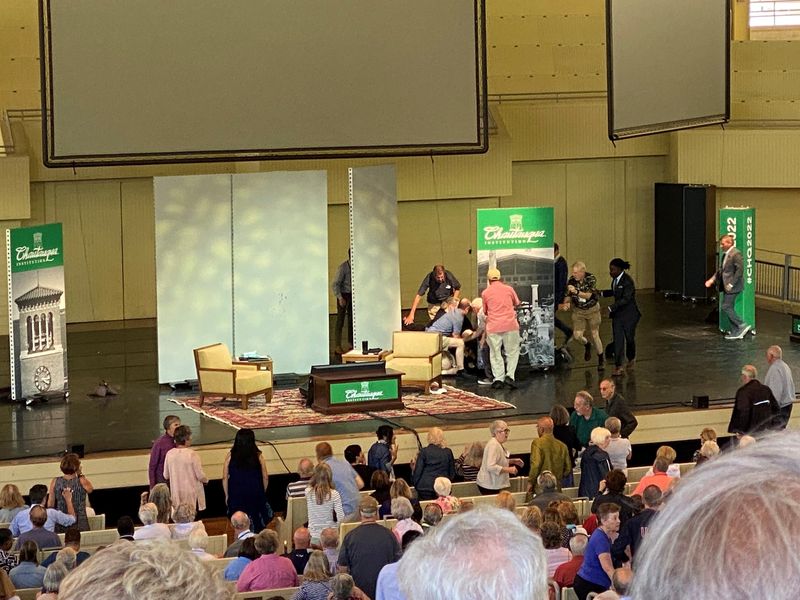 It is that the right to blasphemy is the freedom to consider religious dogma as a narrative more, and therefore susceptible to the criticism to which it is subjected to any other. Rushdie’s irony and sarcasm, his questioning of Islam, are equivalent to criticism, irony and sarcasm in the face of a mediocre text, a fallacious theory, or apocryphal philosophical reasoning. It is simply the right to reject revealed truths.

The standard double of islam in Western societies is flagrant in this regard. They enjoy the rights and guarantees granted to them by a constitutional State, while several of its members—who are not few, whether violent or peaceful—try to restrict others from exercising those same rights. The right to practice their religion freely, among themselves, or no religion at all.

The vast majority of Muslim communities in the West are immigrant communities. Note, in many of their societies of origin—where society is organized under the paradigm of Islam—individuals do not enjoy the freedoms guaranteed by the architecture of liberal constitutionalism. Mr. Hadi Matar used those freedoms to deny another person the right to life.

In fact, all dogma is inclined to criminalize blasphemy, and not only in Islam. However, in Islam there are not a few expressions of jihadist fundamentalism, often manifested through violence and indiscriminately, that is, through terrorist actions. It is frequently argued that the provocation of faith precipitates such violence, as if writing, shooting and stabbing were synonyms.

Or illustrate. Own Pope Francisco He put it in those terms on the occasion of the attack on the publication Charlie Hebdo in January 2015 in Paris. “You can’t make fun of the faith of others,” he said then. It is a dangerous reasoning, since it condones justice by one’s own hand, as well as being absurd, as the very logic of fundamentalism demonstrates. Remember that in that January attack against the satirical magazine, a market, Hypercacher, was also attacked, where four people lost their lives.

For the argument that the violence is in response to a prior provocation to be valid, it requires accepting that patronizing a kosher market is also provocation. The absurd emphasizes that terrorism does not need real reasons to kill, that is why it is terrorism. Fundamentalism is always effective in fabricating justification. All fundamentalisms are, denominational or secular, idealistic or materialistic.

Rushdie was stabbed for exercising his right to blasphemy. That it is nothing more than the right to dissent, to heterodoxy, to freedom of expression, to question, to disseminate ideas, to debate, to creativity, to doubt and to knowledge derived from reason and not from any dogma. In a free world there can be no place for any fundamentalism.