Tension in the CGT: Moyano asked the Government for more harshness and said that he will march against the price makers 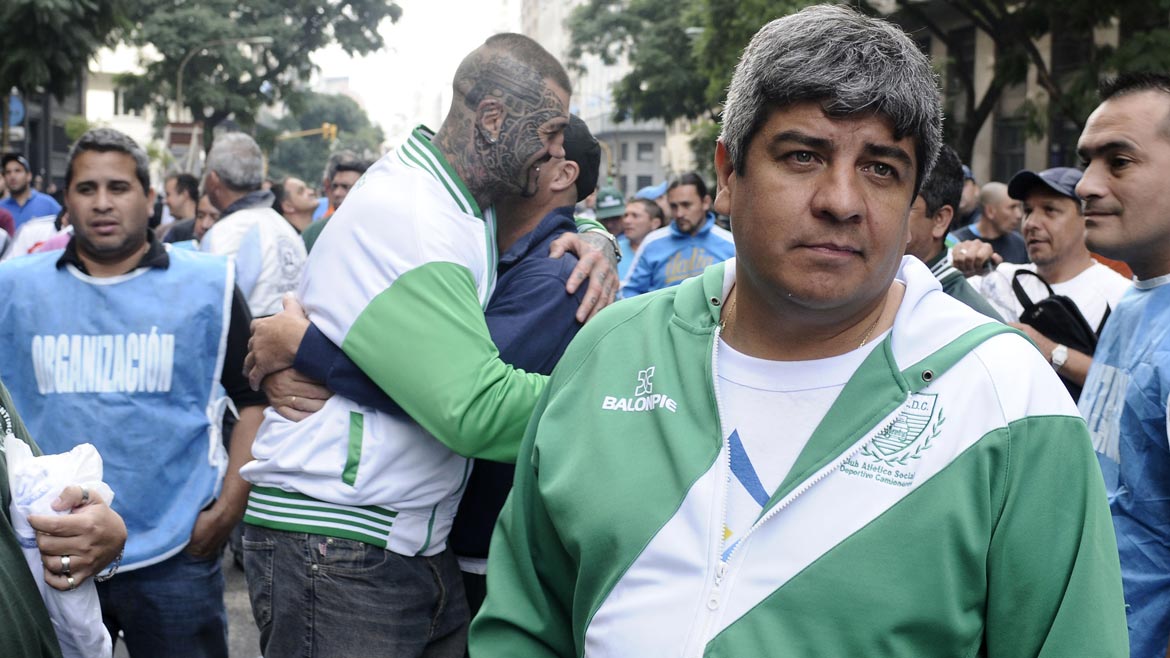 48 hours after the CGT march, Pablo Moyano said that the Government is not harsh in controlling prices

The leader of the Teamsters Union, Pablo Moiano, today ratified the march next Wednesday the 17th against “speculators and price makers”, which was convened by the small table of the CGT, and asked the Government to act more firmly against these “abuses”.

“It is terrible what is being experienced with the issue of prices. We hold businessmen responsible for speculation, but we also see that the government does not have the toughness and strength to sit them down at a table and tell them ‘stop fucking and stealing food from the table of the Argentines‘”Moyano sentenced when interviewed in The 990 Radio.

the union leader He was against businessmen “who take advantage of these moments of crisis to earn money” and reiterated that one of the reasons for the march “is to ask businessmen to stop screwing around and increase prices every day.”

Although some sectors of the CGT raised dissent before the call and proposed “the lifting of the union protest”, both Moyano and his allies from K unionism called for giving visibility to “the economic-social crisis, the general context and the needs of the workers and the most vulnerable sectors of society.

The union leader assured that his claims are not new. And he put as background the reaction to the statements made by Federico Braun, president of La Anónima, at an event for the 20 years of the Argentine Business Association. “La Anónima marks prices every day”, said the businessman ironically when asked what his company does against inflation at that time.

TO BE HONEST…
Recently, at the Conference for the 20 years of the Argentine Business Association (AEA), the owner of one of the largest supermarket chains in the country tells you what they do every day. pic.twitter.com/xso04f6ZH2

His statements also sparked the anger of Vice President Cristina Kirchner, who spoke out against his statements on social networks and shared the video with the businessman’s controversial statements.

“Businessmen have been winning since the time of the military, they take it in shovel and they are not supportive as they should be”, Moyano remarked about Braun. Later, he was outraged to remember that Braun, to exculpate himself, said that “it was a joke.”

Beyond the criticism that Moyano makes of Alberto Fernández’s management for not being able to stop the escalation of prices, he clarified that “The march on the 17th is neither for nor against the government, it is a wake-up call for the government to get its act together and control these businessmen.”

And although he clarified that “it is not a question of an escrache” against businessmen, he said that the objective “is to publicly denounce these companies that are carrying out indiscriminate remarks” and that impoverish society.

In that sense, he gave as an example that “the trucks that collect waste go to the CEAMSE with half the load” and that is where he realizes that “consumption has dropped.”

In the mobilization on Wednesday, which will depart from the Obelisk to Congress, there will be no speakers. “The union front is going to hold a talk prior to the march to tell the workers why they are marching. This march is going to be the first of many because if they continue with this price increase there will be more seats and also inside”, he warned firmly.

Beyond the fact that the “small table” of the CGT supports the appointment of Sergio Massa as “super minister”, it demands greater definitions from the government against those sectors of the economy that threaten the workers’ pockets.

For his part, the co-head of the labor union and head of the union of beach and service stations, Carlos Acuña – who responds to the sector of the gastronomic leader Luis Barrionuevo – and the mercantile Armando Cavalieri spoke out against the mobilization and proposed lifting it.

Pope Francis received Pablo Moyano while a judicial process against leaders of Truckers advances
Pablo Moyano highlighted Massa’s appointment in Economy: “It is the last alternative of our Government to be able to re-elect”