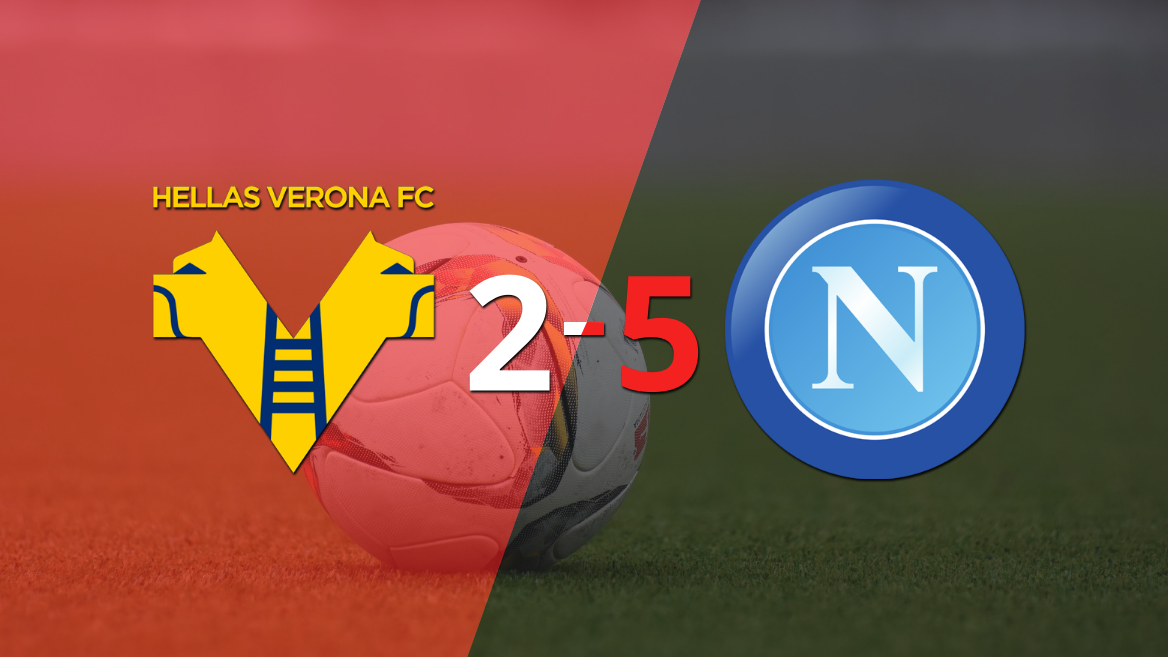 Kevin Lasagna earned applause with his brilliant finish 28 minutes into the first half. After receiving an assist from Koray Günter, the forward placed it to the right post and low. Impossible for the goalkeeper!

Napoli had a scoring chance that came close to being equal, but Andre-Frank Zambo Anguissa’s shot ended up hitting the post.

Khvicha Kvaratskhelia had a great performance. The Napoli attacker shone by converting 1 goal and kicking 4 times.

Another player who had a great game was Victor Osimhen. The Napoli attacker shone by converting 1 goal and kicking 3 times.

The game was fouled with fouls and the players put in more strong legs. There were several cautioned: Martin Hongla, Bruno Amione, Victor Osimhen and Kim Minjae.

For its part, Luciano Spalletti’s team came out with a 4-3-3 tactical arrangement with Alex Meret under the three posts; Giovanni Di Lorenzo, Amir Rrahmani, Kim Minjae and Mário Rui in defense; Andre-Frank Zambo Anguissa, Stanislav Lobotka and Piotr Zielinski at half court; and Hirving Lozano, Victor Osimhen and Khvicha Kvaratskhelia up front.

Michael Fabbri was in charge of supervising the order of play during the match.

On the next day H. Verona will face Bologna as a visitor, while Napoli will play at home against Monza.

In this way the local is in twentieth place in the championship without points, while the visit, with 3, is at the top of the table.