Nancy Pazos spoke about the accident of her son, a TC pilot: “He came out intact, but for me time was endless”


Nancy Pazos spoke about the accident of her son Nicanor, at the TC

Nancy Pazos He talked about the accident his son had Nicanor Santilli on Sunday, while running at the Misiones racetrack in the category TC Mouras. The 19-year-old was uninjured. “These are things that happen, the cars are safe, the boy came out intact”, said the journalist despite the great scare she got.

“Yesterday I was in Misiones, every weekend I accompany him to Nicanor”, The panelist from to the Barbarossa and told how it wastragic moment in which the car gets lost” and explained that it was because his brakes were locked. “I was filming in the control tower, the runway is beautiful, and Nicanor crashes”he said in anguish remembering the episode and broke down: “The minutes between the accident and the photo we see later… (in which she hugs him).

“The moms and dads who accompany the boys in this passion have to have a nerve… he has been running eleven races, not a year ago and I always thought ‘what if something happens to him or he gets on the podium and I’m not ? I have to be there,’” that is why every weekend he goes to the province where the race takes place. 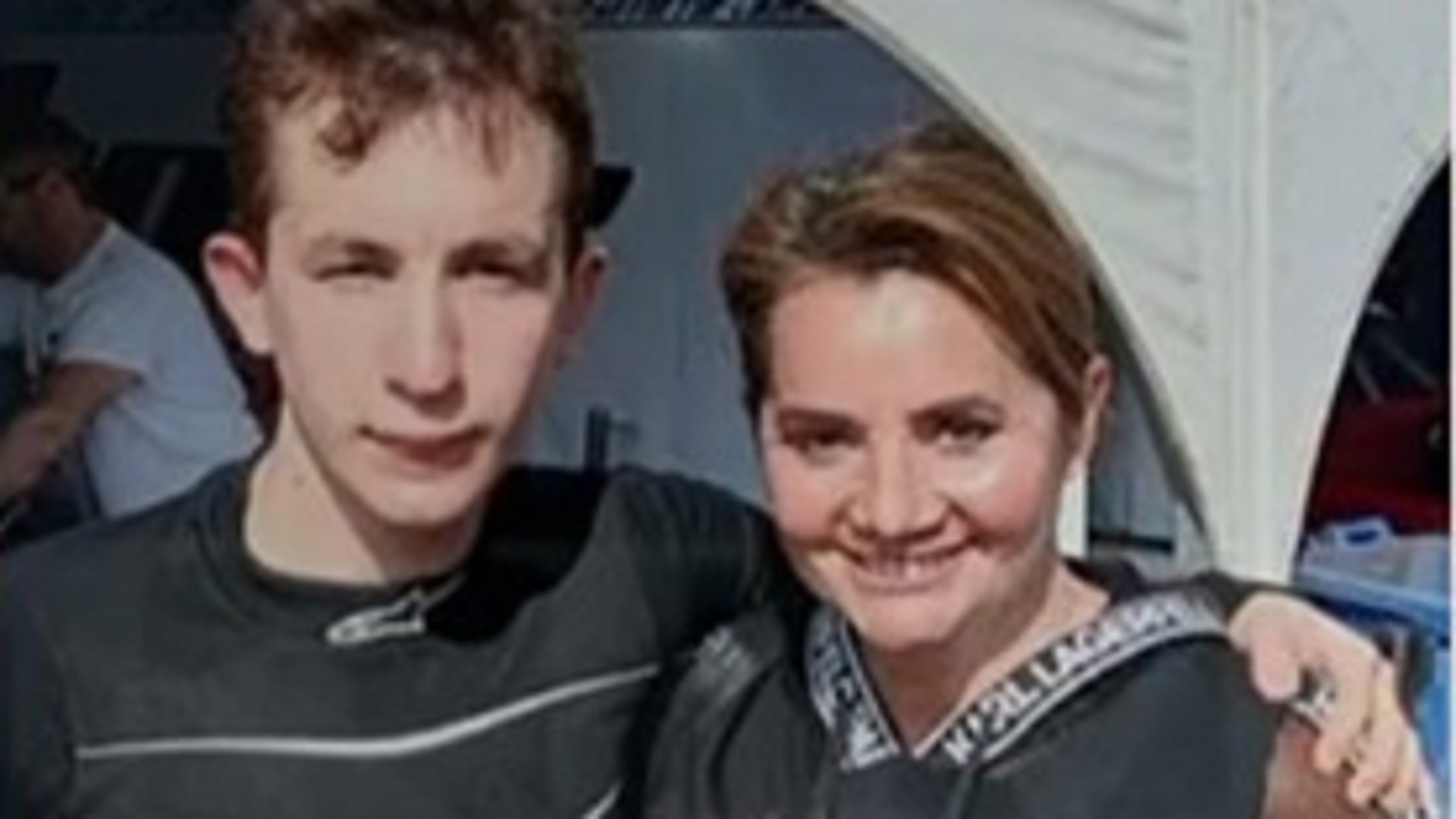 Nancy Pazos and her son Nicanor after the accident

Before continuing to tell details, he clarified that Niki, as he affectionately calls him, “It’s good luckily and perfect.” “Since I saw the crash until I saw him, a lot of minutes passed, I called my boyfriend in Buenos Aires to see what they said on TV, because from the place I only saw the crash, I ran down to the infirmary, which are like five floors, and I stood there thinking that they were taking him there”. However, since nothing happened to him, he never passed through that sector. “Until I saw him it was a long time and then they told me he was talking on television, this happened before I could go hug him.

His son was unharmed: “HeHe was angry because he was fighting to be among the twelve in the championship. The day before he had made a spectacular time in qualifying and his emotion was such, he looked at the cameras to see where he made a mistake, he is a boy. In the accident he is exposed to the fact that the other boy who was on the track reached twelve ”.

“Anyone who has a teenage son knows that making a boy have passion right now is extremely difficult. and I see him and I see the passion he has and the hours he puts into it, with the demand to follow the faculty that was the demand that my father and I made of him,” he added, recalling that when he saw him he did not say anything: “I I hugged, I was in shock and I wanted everything to happen because it was a moment to forget. When I started watching races anyone who crashed was him, now I identify him, everyone saysn ‘How nice that he wins, but all I want is for him not to crash’”.

at the time of the accident Diego Santilli he was also watching the race with his youngest son and was barely able to communicate with the team. “My 20-year-old son was watching alone at home. These are things that happen, the cars are safe and he came out intact. For me, the time that passed was endless.” followed.

When asked if she had any cabal or made any request before Nicanor went out on the track, She lamented being agnostic: “It’s an issue, but I have three children and Nicanor was the one who had Hemolytic Uremic Syndrome and we spent 25 days in therapy, I’m always with my heart in my mouth, but he’s a bull and motorsport is a team effort. Every time a race starts I walk everywhere”.

Cande Molfese and Gastón Soffritti confirmed their romance with an intimate selfie
Florencia De La V, intimate: “In this country I was an emblem, the flag of a group that was totally invisible”
María Becerra whitewashed her courtship with J Rei with a compliment for her mother-in-law: “The prettiest”
Nathy Peluso responded to the criticism of her Argentine fans after assuring that she felt Spanish