Explosion of a fuel pipe caused a fire in Acapulco, leaving at least five injured and one dead

Due to the explosion of a fuel pipe of Petróleos Mexicanos (Pemex) on the Scenic Highway in Acapulco a fire was registered that left at least five people injured as well as one dead, according to unofficial information. The incident occurred at the height of the Pichilingue subdivision.

According to the information so far, The Pemex pipe would have run out of brakes so it collided and hit several cars. The event was recorded approximately minutes after 12:00 p.m. on Monday, August 15.

Similarly, the official account of the Government of Acapulco wrote through Twitter that the traffic was closed in both directions and urged the population to avoid the area and leave the emergency vehicles free.

“Elements of the General Coordination of Civil Protection and Firefighters of Acapulco attend in a coordinated manner with authorities of the three levels of government, an emergency on Av. Escénica due to a presumed pipe explosion at the height of the Phichilingue subdivision,” he indicated.

For its part, the Guerrero Social Communication account reported that at the time there were reports of two people injuredas well as material damage. However, according to local media and witnesses, at least four people were injured, until the local media Instant Warrior revealed that in total there are five people injured and one person dead, of which no further information has yet been offered. 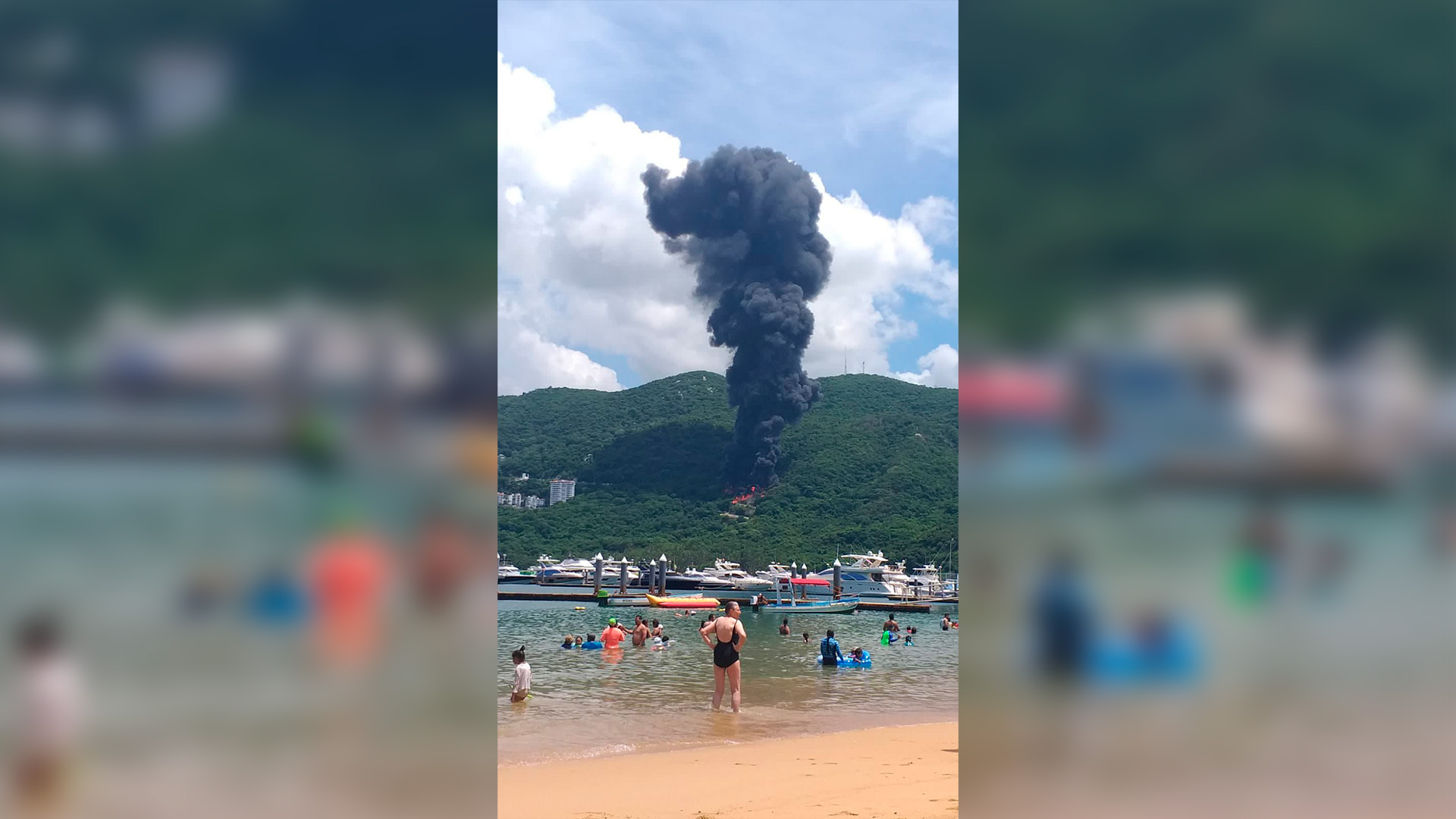 The fire was put out hours later by firefighters in the area (Photo: Tw/@PacooooCedeno)

After the incident, during a press conference headed by the Secretary General of the City Council, Irma Graciela Lee González, reported that the pipe is private and did not have permits to circulate in the area, so the permits of the vehicles that travel on Scenic Avenue will begin to be reviewed.

The head of Mobility and Transportation, José Ramírez Arreguín, asserted that the scenic highway belonged to the state government. Regarding the sanctions, he mentioned that they would only be infractions, in this specific case for damages, for the death of the person and for a restricted time zone.

The Acapulco City Council blamed the state government for allowing pipes to circulate with fuel at any time on the avenue (Photo: Twitter/ @carlosortizm960)

“Hugs, not bullets”: Adán Augusto defended AMLO’s strategy in the midst of a wave of violence
“It suits the president that I be his successor”: Ricardo Monreal reiterated his aspirations for 2024
Cuban doctor lost his life in a triple homicide perpetrated in the Ecatepec hospital