Xelajú MC and Guastatoya share the points and draw 1-1 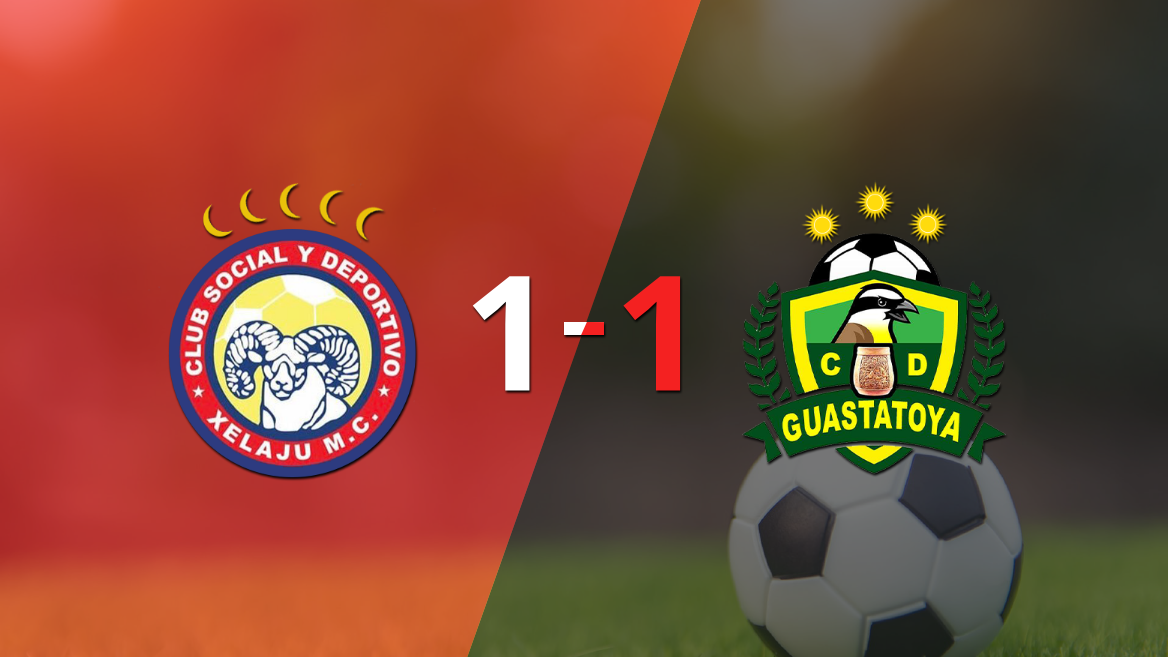 On date 5 of Guatemala – Opening Tournament 2022, Xelajú MC and Guastatoya ended up even at the Mario Camposeco stadium.

With a goal from Walter García, they began by winning the visit at the beginning of the first half, however, 38 minutes into that stage, Elmer Cardoza managed to equalize for the locals.

There were 3 cautioned in the game: Nicholas Nelson, Omar Domínguez and Uzias Hernández.

For its part, Mario Acevedo’s team took the field with a 4-4-2 scheme with Adrián De Lemos under the three sticks; Wilson Pineda, Omar Domínguez, Rubén Morales and Walter García in defense; Juan Barrera, Brayan Morales, José Márquez and Marco Rivas in midfield; and Orlen Quintero and Enzo Herrera up front.

Sergio Reyna Möller was the referee who directed the match at the Mario Camposeco stadium.

Xelajú MC’s next match in the championship will be away against Mixco, while Guastatoya will host Santa Lucía C..

With this result, the host of the match reaches 8 points and is in third place. For its part, the away team remains at 7 units and is in sixth place in the tournament.