This is the origin of the name of French bread, one of the most popular in Peru 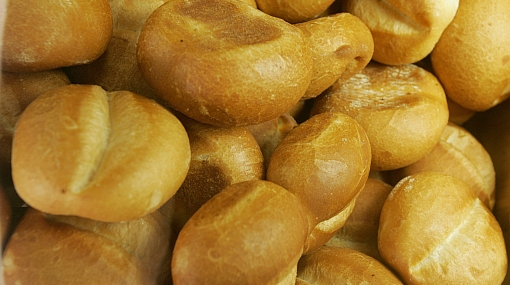 French bread can be used to eat as a sandwich or in desserts, as an ingredient. (El Comercio Group)

The French bread It is an essential product in the months of a large number of Peruvian homes, which enjoy its flavor and different uses that can be given to it. Additionally, it represents a sector of the labor market, in which master bakers and owners of establishments that put creations of various sizes and shapes on sale take part.

Bread has a special role in the history of man, becoming more popular in the religious scene. Let us remember that one of the narratives of faith explains how Jesus, the son of God, managed to multiply loaves and fish to a population lacking these resources.

Fresh out of the oven or on toast, this food can be used in various ways. In Peru, there is a type that stands out among the others, which bears the name of French bread. This piece has its origin in French techniques, which were popularized in each country thanks to the spread of immigrants. This is how each nation has a particular relationship with its elaboration.

In the case of Peru, during the colonial era, they kept what was learned by the Spanish, who adopted the Arab heritage. This indicated the elaboration of breads without yeast, or almost little, and had to be crushed so as not to increase its volume.

Even in this context, it is understood that the denomination of “French bread” It is because the visitors who had knowledge of its preparation were from France, so it was given that name for easy recall. Bread is one of the favorite foods of Peruvians for breakfast.

Although each country has its own version of this bread, in the case of Peru, mixed techniques were adopted, the French prevailingwhich brought the steps to follow to its preparation and some changes in the recipe.

In our country it was consumed by members of the upper class, being a special food that was not accessible to everyone. It was not until the first half of the 20th century that it became popular, becoming known the first bakeries, as well as master bakers.

For 2018, the Ministry of Health presented an article on the official government platform, in which it was indicated that, in 40 grams of French bread or chiabatta, there were 105 calories on average. One yolk would be around 130 cal. There are various shapes, sizes, colors and textures of breads. (Pexels)

It has a medium round and inflated shape. At the top you can see a vertical mark, a cut that is made in the dough before it enters the oven.

This food is only fattening if it is not consumed in moderation, as specified by the Minsa. Among its benefits is that of providing fiber and enough energy to carry out daily activities.

The World Health Organization (WHO) suggests that you consume 2 slices a day.

Bread with pork rinds and other recipes
How to keep bread in good condition for longer?
Bread lover? Tips for preparing it at home