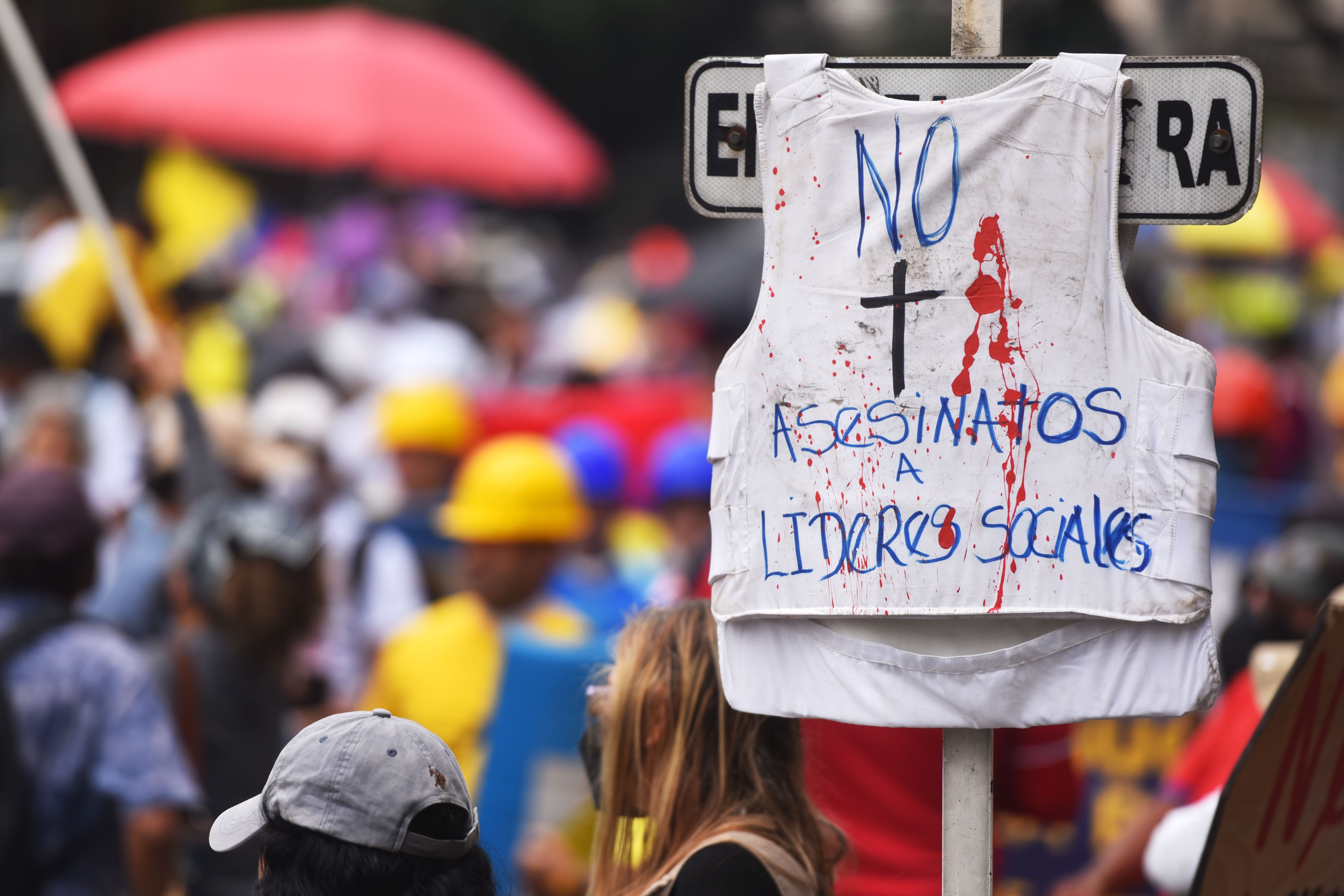 The murder of social leaders in Colombia was one of the causes of the protests against the government of President Iván Duque. Photo: EFE/ Ernesto Guzmán Jr.

Once again, violence is raging against a social leader in Colombia, after he became aware of the crime of Edgar Rodriguez Corredor, who was killed in Cúcuta (Norte de Santander), last Wednesday, August 10.

As reported by the Institute of Studies for Development and Peace (Indepaz), Rodríguez worked as a teacher at the Guaimaral Technical Institute, which is located in the northern Santander capital, and was also a member of the Teachers’ Union Association. of that department (Asinort).

According to the preliminary information they obtained from the aforementioned NGO, the 54-year-old professor was killed with two shots by armed persons in the Torcorama neighborhood of that city.

Meanwhile, the regional newspaper La Opinion reported that the social leader died in the middle of a robbery of which he was a victim, when he was at home, and although he was immediately transferred to the Medical Duarte clinic, the bullets had hit one of his shoulders and his chest, which ultimately caused his death.

In the version that was collected in the Cucuteño newspaper, it was also known that The professor was having lunch with his family when he noticed that two people had entered the living room of his home. When he went to the site, the murderer pointed a firearm at him.

Nevertheless, Rodríguez Corredor confronted him, threw a plate at him and later pounced on him, which triggered a fight between the accused criminal and his victim. which ended with the teacher being shot.

“The alleged thief told him not to make a noise, but the lord at once reacted wanting to struggle. When they shot him, the criminals tried to leave the house. and the victim grabbed a knife and ran after them, but at that moment there was another struggle and they shot him again,” a judicial source told La Opinion.

Rodriguez He was known by the nickname of ‘Higuita’ in that sector where he was characterized by his leadership and because he also owned a llanera meat barbecue in the La Honda stream in the municipality of Los Patíos, in the road corridor that leads to Pamplona.

“He was a good person. Cheerful, dedicated to his work. It is very painful that they have killed him like this and all because of the insecurity we are experiencing, ” a relative told.

Even the Secretary of Education of the North Santanderean capital He rejected the crime and expressed his condolences to the relatives of the murdered professor.

“As an outstanding member of the educational institution, we extend a fraternal hug to all his family, friends, students and relatives who knew him in life, and can attest to his teamwork and responsibility”, they affirmed.

In this way, in the data handled by Indepaz The lurid figure of 115 social leaders assassinated in Colombia so far in 2022 is reached.

Prior to this crime, two of these people who work for their communities or who defend human rights were murdered in Ituango (Antioquia) last Monday, August 8 while they participated in a family party, according to the information they learned in Indepaz.

The victims, identified as Uber Eliecer Tapias Jaramillo and Ferdi Leandro Tapias, were members of the Community Action Board (JAC) of the Quebradoncita village, located in the municipality of Ituango.

Tapias Jaramillo was the current president of the JAC and both were part of the Comprehensive National Program for the Substitution of Illicit Crops (PNIS).

Both of them They were at a family gathering when, early this Sunday, a group of armed men arrived and murdered them. to shots

The authorities are investigating the facts and at the moment there are no official hypotheses, although some local media point to the possible authorship of the Clan del Golfo, which in recent weeks launched a wave of murders called “Plan Pistola” against the Colombian public force.