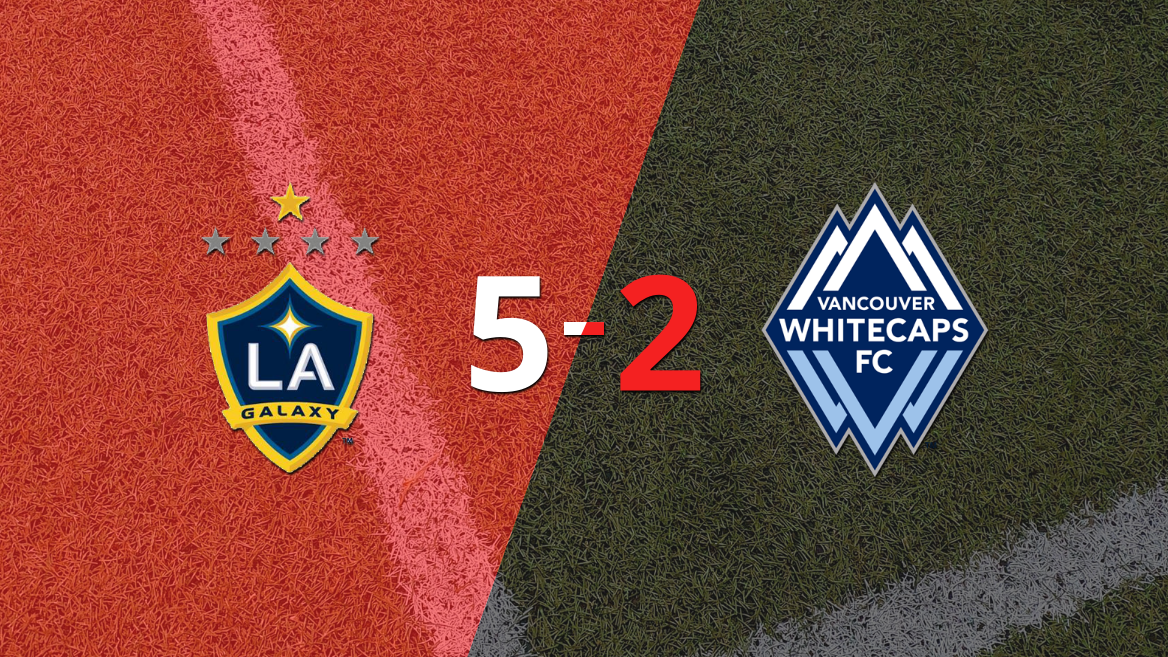 The figure of the meeting was Samuel Grandsir. The LA Galaxy midfielder stood out against Vancouver Whitecaps FC as he scored 2 goals and kicked 2 times on goal.

Another of the key footballers at the Dignity Health Sports Park stadium was Javier Hernández. The LA Galaxy striker converted 1 goal.

With many fouls, it was an intense game with many interruptions on the field. There were a lot of yellow cards: Sega Coulibaly, Julian Araujo, Ranko Veselinovic, Raheem Edwards, Cristian Dájome and Nick DePuy. Cristian Dájome was sent off after receiving his second yellow card, in the 78th minute of the second half.

LA Galaxy coach Greg Vanney set up a 4-4-2 formation on the field with Jonathan Bond on goal; Julian Araujo, Sega Coulibaly, Nick DePuy and Raheem Edwards on the defensive line; Kevin Cabral, Mark Delgado, Gastón Brugman and Samuel Grandsir in the middle; and Javier Hernández and Víctor Vázquez in attack.

For their part, those led by Vanni Sartini stood with a 3-6-1 strategy with Cody Cropper under the three sticks; Javain Brown, Ranko Veselinovic and Jake Nerwinski on defense; Julian Gressel, Russell Teibert, Andrés Cubas, Ryan Raposo, Ryan Gauld and Pedro Vite at half court; and Easton Ongaro up front.

The match at the Dignity Health Sports Park stadium was directed by referee Silviu Petrescu.

For the next date, LA Galaxy will receive Seattle Sounders. On the other hand, Whitecaps FC will visit Real Salt Lake.