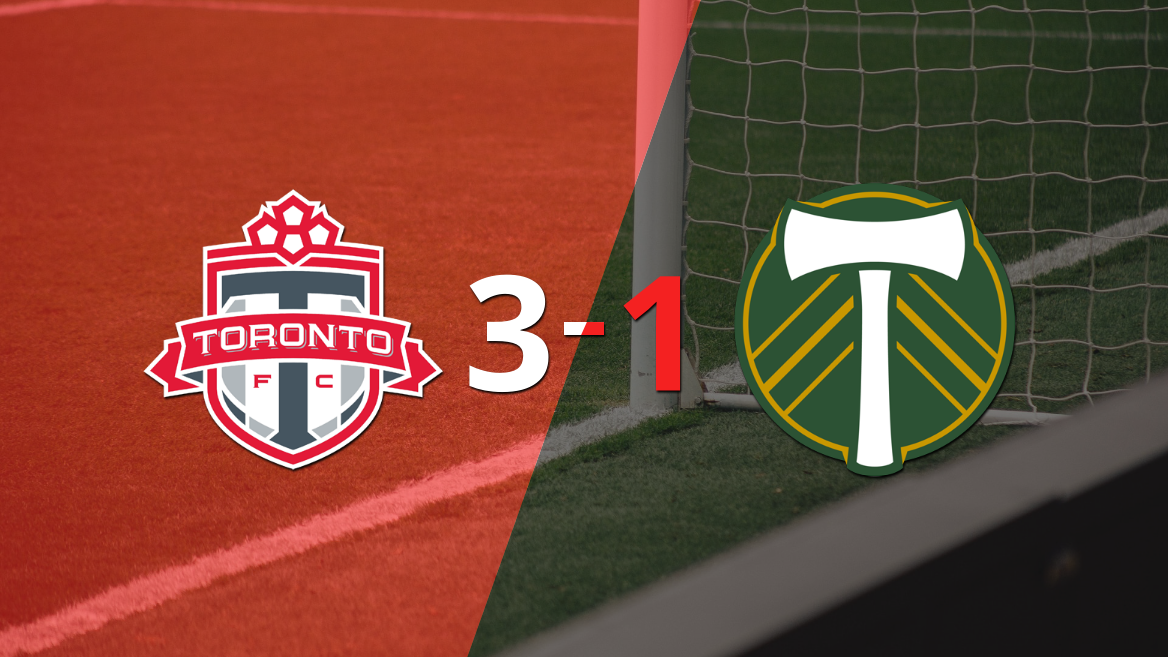 This Saturday, Toronto FC kept the three points after a resounding 3-1 victory against The Timbers in week 25 of the United States – MLS 2022. The goals of the match for the local were scored by Jonathan Osorio (40′ 1T), Lorenzo Insigne (34′ 2T) and Federico Bernardeschi (40′ 2T). While the away goal was scored by Josecarlos Van Rankin (27′ 2T).

In the 40th minute of the second leg, Federico Bernardeschi lifted Toronto FC’s spirits and took all the applause. The forward fired a tremendous shot from the semi-circle, after receiving an assist from Richie Laryea. The ball entered the left and down right post.

The figure of the match was Lorenzo Insigne. The Toronto FC striker showed his best level by scoring 1 goal and hitting the opposite goal 7 times.

Jonathan Osorio also played a good game. The Toronto FC midfielder scored 1 goal and searched the opposite goal with 3 shots.

A high foul rate constantly slowed down the game on the court. There were several cautioned: Lukas MacNaughton, Chris Mavinga, Jonathan Osorio and Federico Bernardeschi.

For their part, those chosen by Giovanni Savarese took to the field of play with a 3-7 scheme- with Aljaz Ivacic under the three sticks; Bill Tuiloma, Josecarlos Van Rankin and Dario Zuparic on defense; Yimmi Chará, David Ayala, Diego Chará, Claudio Bravo, Santiago Moreno, Jaroslaw Niezgoda and Sebastián Blanco in midfield; and in the front.

Nima Saghafi was appointed as the main referee for the match at BMO Field.

On the following day Toronto FC will face Inter Miami as a visitor and The Timbers will play the away game against Sporting Kansas City.