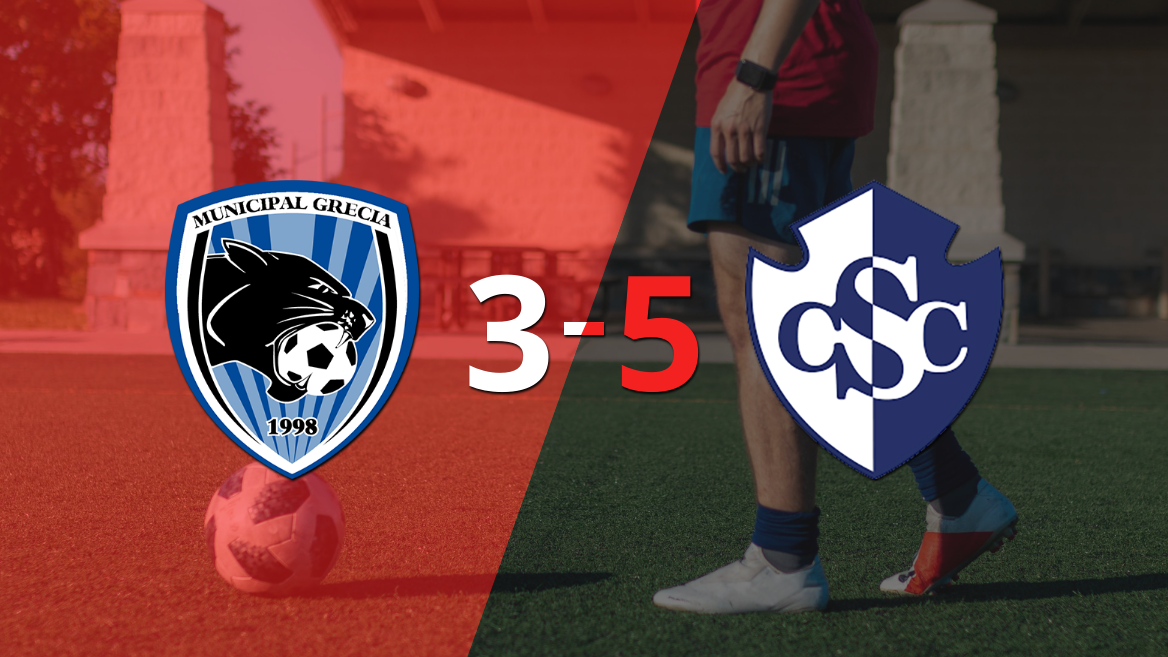 In the 67th minute of the second half, Esteban Rodríguez was able to change the course of the match, but his shot hit the post and Municipal Grecia missed the tie.

Kevin Espinoza was the figure of the match. The Cartaginés defender was important for scoring 1 goal and throwing 5 balls out of the danger area.

The game was quite fought, in which the fouls began to accumulate. There were several cautioned: Jeikel Venegas, Roan Wilson, Michael Barrantes, Fernando Lesme and William Quirós.

For their part, those led by Geiner Segura stopped with a 4-4-2 scheme with Kevin Briceño under the three sticks; Carlos Barahona, José Gabriel Vargas, Kevin Espinoza and Brandon Bonilla in defense; Dylan Flores, Michael Barrantes, Daniel Chacón and Jeikel Venegas at midfield; and Allen Guevara and Marco Ureña up front.

Referee Ricardo Montero Araya was selected to carry out the actions of the game.

On the next date, M. Grecia will visit AD San ​​Carlos and Cartaginés will play away against Puntarenas at the Estadio Miguel Ángel Pérez.