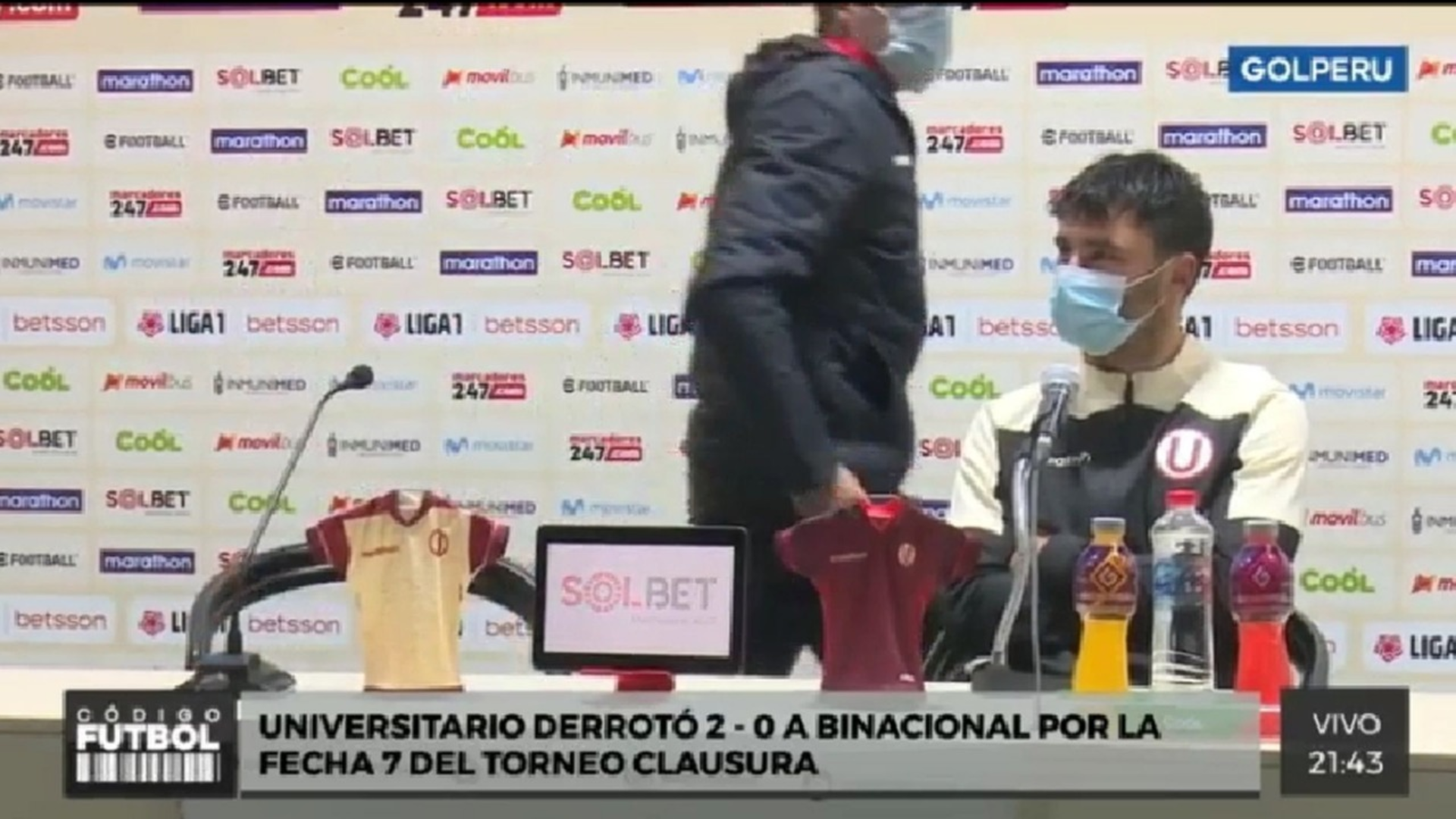 Carlos Compagnucci felt uncomfortable with the audio of the press conference of University of Sports and left the room, leaving only Claudius Jacob. The merengue strategist expressed his disagreement with the little return that there was to listen to the questions of the journalists and stopped answering the questions to leave the space in the Monument Stadium.

The merengue technical director hinted, from the beginning of the press conference, that he did not respond well to the doubts of the reporters. In the same way, he took the time to respond, despite not hearing well the words of those present who wanted to know his opinion about his team’s victory against binational.

Near the end of the conference, a journalist asked him if Alfonso Boat would be a starter after his good performance as a central defender in replacement of Piero Guzmanthe DT showed that he did not listen well to the question and even asked Yacob for help so that he would tell him what he had heard.

The press chief of the ‘U’, vanessa bedoya, had to intervene to repeat the question so that Professor Compagnucci can hear it better. Unfortunately the situation could not be changed since the coach could not understand and expressed his displeasure. Finally, he turned to Miss Bedoya and left the room.

“Excuse me. I feel uncomfortable, Vanessa”, was the last thing Compagnucci said before leaving the conference.