Aucas won 2-1 on their visit to October 9 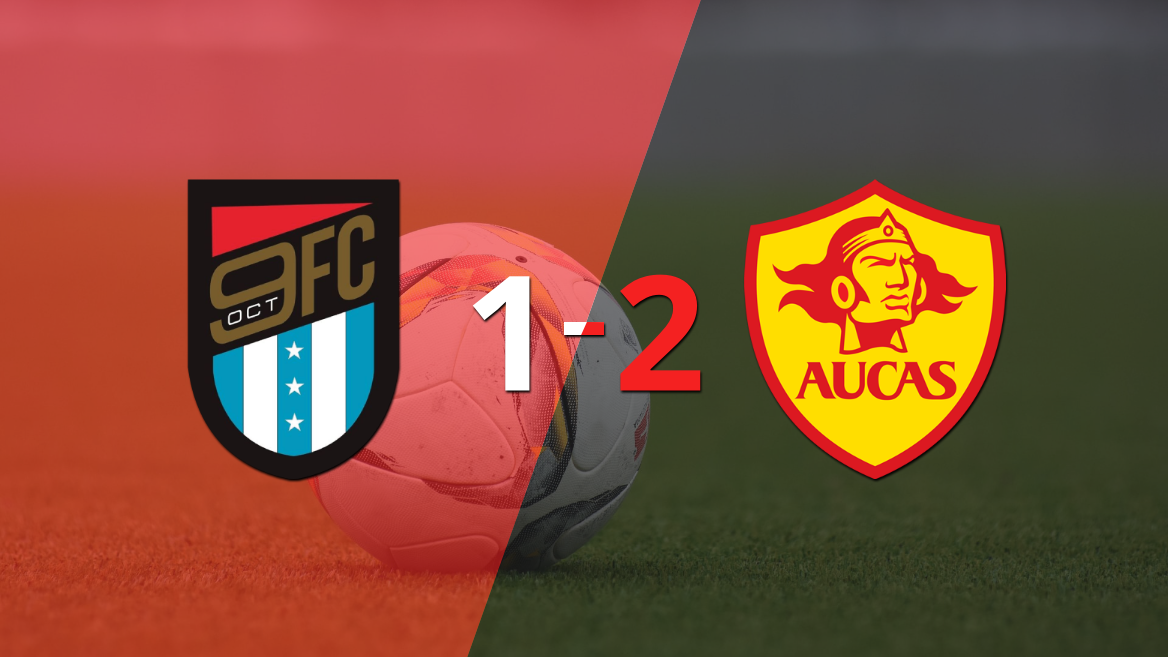 In the 78th minute of the second half, Aucas had the chance to get ahead of the scoreboard with a shot from Francisco Fydriszewski that crashed into the post.

Francisco Fydriszewski had a great performance. The attacker from Aucas shone by converting 1 goal and kicking 3 times.

A high foul rate constantly interrupted the development of the game. There were a large number of cautioned: Carlos Cuero, Sergio López, Kevin Peralta, Richard Mina, Luis Romero, Carlos Garcés, Manuel Lucas, Francisco Fydriszewski, Víctor Figueroa, Hernán Galíndez and Jhonny Quiñónez. He was expelled for a straight red, Jefferson Montero in the 68th minute of the second half.

For its part, César Farías’ team came out with a 4-3-3 tactical arrangement with Hernán Galíndez under the three posts; Caín Fara, Ricardo Adé, Luis Cangá and Carlos Cuero in defense; Sergio López, Richard Mina and Jhonny Quiñónez in midfield; and Víctor Figueroa, Roberto Ordóñez and Luis Ángel Cano up front.

Bryan Loayza Salazar was in charge of supervising the order of the game during the game.

On the next day, October 9, they will face U. Católica (E) as a visitor, while Aucas will play as a visitor against Macará.