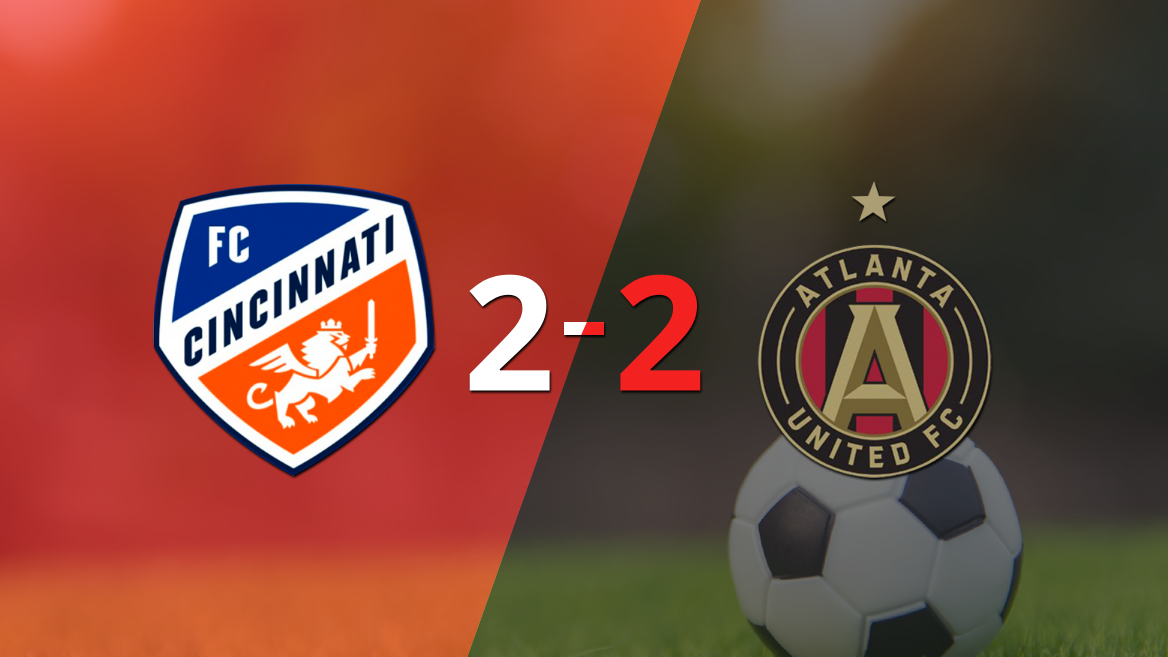 FC Cincinnati and Atlanta tied 2-2 at TQL Stadium this Saturday, in a match for week 25 of the United States – MLS 2022.

The best player of the match was Andrew Gutman. The Atlanta United midfielder scored 1 goal.

Brenner also stood out at the TQL Stadium. The FC Cincinnati attacker scored 1 goal and shot at the opposite goal 5 times.

The match was cut short due to the number of fouls committed by both teams. There were 3 cautioned: Álvaro Barreal, Caleb Wiley and Tyler Blackett.

Referee Fotis Bazakos was in charge of supervising the game at the TQL Stadium.

On the following date, FC Cincinnati will face New York Red Bulls as a visitor, while Atlanta will play as a visitor against Columbus Crew SC.